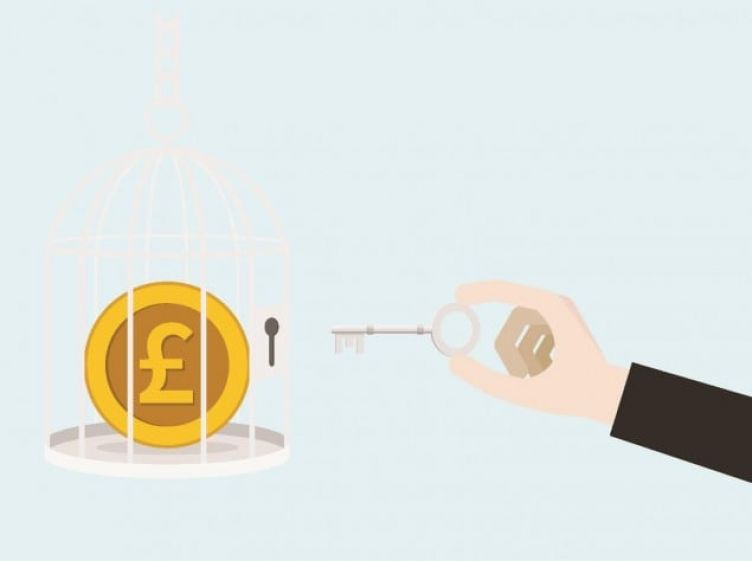 Bank finance is still available to would-be franchisees. Here’s how to secure it

The economic picture is changing all the time. By the time you read this, the situation will almost certainly have changed, so the best advice is to contact lenders and ask what their current position is on franchise lending.

They will be happy to tell you and give advice about when to apply and what you need to do in order to stand the best chance of accessing funds. There’s a list of franchise lending specialists on thebfa.org

Has lockdown got you dreaming of setting up a business? You’re not alone - one in 10 people want to start a business, not just in spite of but because of the coronavirus crisis.

Choosing the franchise route to set up a business gives you advantages over go-it-alone entrepreneurs, especially if you want to borrow start-up funds, like 40 per cent of new franchisees.

Of course, the coronavirus pandemic means these are not normal times when it comes to starting a business, but if you need to raise funds, don’t give up - borrowing will still be possible.

Prospective franchisees have an advantage

Lenders hate uncertainty more than anything else, so they see historic information as the key to reducing their lending risk. Thus a prospective franchisee looking for a loan to start a franchise with a franchisor that has a proven track record of success represents less of a risk than an entrepreneur seeking funds to start a business on their own with no relevant experience.

If the franchisor has an established relationship with a lender and the prospective franchisee is an existing customer, even better. Many established franchises have relationships with the franchise arms of several banks and will be glad to introduce you and advise on what you need to do before approaching the lender.

Will funding be available?

Yes, at least in the long term, if not always right away.

Richard Holden, head of franchising at Lloyds Banking Group, says: “Banks are looking to assist new franchisees looking to start up a new business, though consideration must be given to the optimum time to open the business and the economic climate at that time.

“Thorough research remains essential, but the fundamental principle remains that if the franchisee has a well thought through and robust proposal and they’re investing in a strong, viable franchise brand there will be funding available at preferential terms to support their start-up plans.”

You may have to wait a little while to access funding though, as bank lending teams deal with applications from businesses seeking financial support under the government’s various coronavirus support schemes.

Andrew Brattesani, UK head of franchise at HSBC, said in late April: “The bank’s lending teams are busy at present dealing with applications for loans from existing customers, so right now we are not accepting new business - but this situation will not last forever.

“In the meantime, we advise prospective franchisees looking for funding to take the time to put together a strong business plan, which is essential if any lender is to consider offering them a loan. They can send the plan to us and our franchising team will look at it and offer advice and guidance about refining it, so the applicant is in the best position to secure funding when we are ready to start lending again.”

Many lenders are likely to have been in the same position, but by the time you read this lending may have resumed.

In the past, banks have typically been willing to lend up to 70 per cent of the investment required to start a franchise, provided the franchisor has an established track record of success and the applicant is a good lending prospect. Will this change?

Richard points out: “The franchise teams of the major banks are constantly reviewing and adjusting their strategy for lending to franchisees investing in any franchise brand, whatever the economic climate.

“There will be brands that come through the other side of the pandemic better than others and any responsible lender will review and monitor the situation and appropriately adjust their policy for lending to franchisees looking to invest in these brands.”

Andrew says: “We’ve no intention of changing the lending criteria because the metrics are based on factors such as the franchise’s history. We have normally offered 70 per cent funding for investments up to £30,000 and for brands with a proven track record where the investments is above that. In other cases, we will consider offering up to 50 per cent.”

Karl Sandall, group chief executive director at accountancy services franchise TaxAssist, says: “For now, we’re running monthly virtual discovery days to provide information to potential franchisees, which have proven to be very popular as people consider their future post-COVID-19. We are then following up with a bespoke conversation about timing and options, which of course is dependent on an individual’s personal and financial circumstances.”

Meanwhile, Henry Ziff, managing director of Transworld Business Advisors, whose franchisees match business buyers and sellers, says: “We’re still seeking franchisees and have got deposits on new franchise territories during lockdown. Our experience is that banks will still lend to new franchisees with the right collateral.”

So here’s what to do

Lenders will take many factors into account when deciding whether to lend to you, but three of the main ones are:

Do you need to borrow to start the business? As well as the franchise fee and start-up costs, you need enough capital to keep paying the bills until your franchise gets into profit, which commonly takes 18 months to two years. Ask the franchisor to set out the total investment.

Work out how much you need to borrow. Avoid borrowing too little, as running out of capital is one of the major reasons businesses fail. It’s easier to borrow a bit more than you may need upfront than to borrow more once you’re running short, as banks don’t like lending to people in this position.

For loans of over £25,000, banks will want security - usually a charge against your home, which means it’s at risk if you default. The amount of the loan is calculated according to the equity in your home, but instead of being based on what it would fetch on the open market, the equity is based on what you would get for it as a distress sale - usually a lot less.

Check the history of the franchise. Lenders are more likely to consider your application favourably if you want to join an established franchise with a history of success. Many franchisors have long-term relationships with the franchise lending arms of banks and will introduce you to them.

Lenders will demand a cast-iron business plan. Carl advises: “Ensure it takes into account the threats and opportunities that will make up the new normal on the other side of the pandemic. Lenders will be looking for sensitivity to the new situation.”

Get help from franchisors, banks and franchising accountants with the plan and ensure you understand it fully because lenders will ask questions about it.

Research the future of your chosen sector even more carefully than usual. Carl says: “The sectors that are in and out of favour with lenders may well have changed.”

Consider resale franchises. Franchises come up for sale for numerous reasons, so find out the real reason before investing in one. A resale franchise with a history of growth and profits will attract lenders, but the investment will be far higher than for a greenfield site.

Shop around for franchise funding and don’t forget to check if you can get any government-backed loans or even grants to start your business.

Don’t be scared by recession forecasts

A recession doesn’t mean you must abandon your plans to start your own business by investing in a franchise - the franchise sector has a history of resilience in recessions.

Even during the financial crisis that began in 2008, UK franchising grew. The 2014 British Franchise Association NatWest industry survey stated that franchise revenues had shown 20 per cent growth since 2008, while the overall UK economy contracted 2.5 per cent in the same time frame. The cost of getting started as a franchisee can fall in recessions: in 2009 the estimated franchise start-up costs averaged £46,700, down from £50,000 in 2008.

Ash Mustafa waited three years for the Southampton office of logistics recruitment franchise Driver Hire to come up for sale before buying it in March 2019.

“I knew about the Driver Hire franchise and that my local Southampton office was a good performer, so I waited and spent the years researching it,” says the former manager.

“Immediately I heard it was available as a resale I wanted it, but I couldn’t afford it without borrowing.”

“I created a business plan with help from head office and two lenders offered loans immediately, doubtless partly because the Southampton franchise had a 27-year history and was profitable,” Ash says. He also checked the accounts with the help of two accountants.

“After 13 months, I’m now halfway through repaying my bank loan and my family are living as well as we did before my wife Charlene and I started the business.”

Sejal Sira launched a TaxAssist Accountants franchise in Watford with her husband Kan in 2009.

Former lawyer Sejal says: “It was the height of the last recession, but we knew accountancy services are all but recession-proof. So when Kan was made redundant, we took the chance to start our own business.”

The couple raised the necessary funding using Kan’s redundancy payment and a loan from NatWest, arranged with its franchise lending team.

“We had to draw up a business plan - not a huge problem, given our skills - but TaxAssist head office also helped with it,” Sejal says.

And it helped that they were starting a franchise business.

“We had a strong growth mindset and lots of guidance from head office about marketing, social media and networking,”

The couple now have two more offices, in Barnet and Borehamwood. “During the lockdown, we contacted clients offering our expertise and we’re helping many of them access government support schemes,” Sejal says. “We are busier than ever and this kind of goodwill gesture means we’re more likely to keep them.”

“Companies leave the market and businesses looking for efficiencies change suppliers. We are signing up two or three new clients a week, even under lockdown. A recession can be a good time to start a business.”