Close
Did you know?
Real Nata has outlets available across the UK 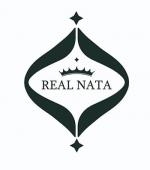 Real Nata, a street food franchise by Panidor, hales directly from Portugal and brings this tasty treat to thousands of people who cannot get enough of the texture and taste of pastel de nata.

Real Nata is part of a family-based business with 25 years of experience in the bakery industry. The founder and original baker, Pedro Mendes developed an artisan recipe shrouded in secrecy that today is still recreated in their factory in Portugal. The result is a crunchy base that wraps itself around the deliciously creamy and unique filling, producing an unrivaled snack that is considered one of the top best culinary experiences in the world.

Did you know?
Real Nata has outlets available across the UK

Real Nata is determined to become a daily necessity for locals all over the world. The specialty pastel de nata business is growing at a healthy pace. With top vendors selling uptown 700 pastries per day, in the past five years, there is a major growth in sales year-on-year.

“We are looking for franchise partners to reach new markets with a goal to make Real Nata the number one destination for pastel de nata in every city”, said Suzi Gaspar, Project Manager for Real Nata franchise.

Send a free enquiry to Real Nata for further information!