Brexit is not a business deal breaker 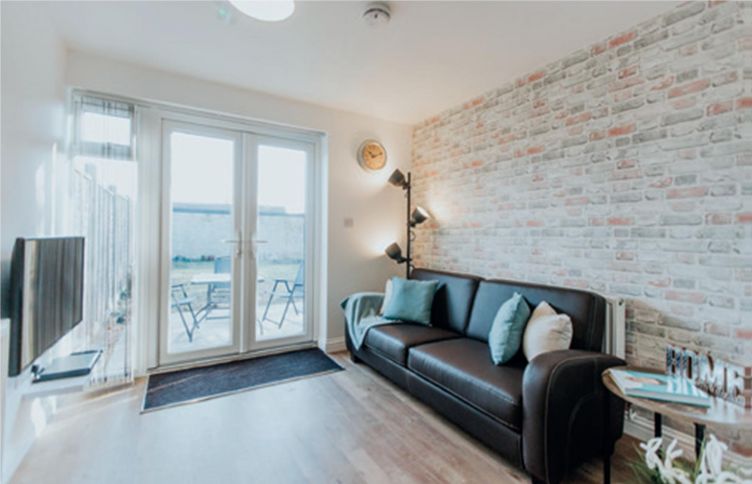 Embarking on a new venture is daunting at the best of times, but social, political and economic uncertainty can put the brakes on your decision to start a new business.

This obviously isn’t the case for you, nor the growing population of entrepreneurs in the UK, many of whom are over the age of 40, according to the Office for National Statistics.

Maybe this is because they understand that the uncertainty felt by many people is just that - a feeling. When faced with weakened job prospects, potential redundancy and an insignificant pension, starting your own business can actually give you the freedom, flexibility and control to earn a living on your own terms.

Uncertainty is a feeling to embrace: Risk is a fact to mitigate

At the time of going to print, Brexit negotiations are still ongoing. Whatever the future holds for the UK, there will be an unsettled period to follow as the nation adjusts, but is that a good enough reason to press pause on your business plans?

In some industries the answer may be yes, but in the property sector the answer is most definitely no.

Deal or no deal, there’s never a bad time to invest in property

Whether you believe investing in property can give you a sustainable and profitable business will largely depend on some key factors - including what newspapers you read or who you listen to.

It’s true that many property investors learned the hard way following the financial crisis of 2008. When prices dropped, owneroccupiers, landlords and developers alike realised they were too highly geared and capital growth was no longer a profitable strategy.

Professional investors, on the other hand, who had stress-tested their property businesses and focussed on a longer-term strategy, were able to weather the storm. This was certainly the case for Platinum Property Partners (PPP), a franchise launched in 2007.

By the time the economic crash was in full swing, there were over 35 Franchise Partners making significant incomes from their specialist buy-tolet businesses. In some cases, the values of the properties they had purchased and refurbished had decreased, but this was short-term and not as significant as previously predicted.

Not one PPP Franchise Partner failed because of the ‘house price crash’.

Today, house price growth and activity has slowed as home owners put off moving and some landlords put off buying. Nevertheless, on the flip side, prices are still rising in most regions with the exception of London, mortgage interest rates remain low and tenant demand continues to significantly outweigh supply.

For professional investors and those who are serious about building a meaningful property business that can withstand the test of time, this current market presents a number of opportunities now and post-Brexit.

In early 2017, Sejal and Amit Vara started thinking seriously about how they could sustain their lifestyle without working the way they currently did.

Amit was, and still is, an accountant for a financial services firm; Sejal had moved from managing international media sales for a television broadcaster to a part-time sales role for a health publishing company that gave her more time to spend with the couple’s young children.

They’d already had a taste of how investing time and money in the right business could provide fairly hands-off returns in the long term and now they wanted a business of their own that would offer the same.

“We looked at several businesses, including a restaurant, but we’d need to work in the business every day and there was a risk it wouldn’t work out in the current climate,” Sejal says.

“We also considered investing in buy-to-lets, but the returns weren’t great unless you held out for capital growth. Then Amit remembered he’d listened to somebody from PPP talk at a franchise show some years before and he got in touch.”

After attending a Discovery Day, they felt PPP was not only a reputable and trustworthy company, but one that had a proven track record of minimising the risks and maximising both the financial and lifestyle rewards of investing in property.

Living in North London, they were slightly concerned about finding affordable properties. But with the help of PPP purchase mentors, they were able to find a suitable location just 30 minutes from where they lived.

Sejal adds: “House prices were and still are slowly rising in our area, despite news reports saying they were going to drop. We had to put that to the back of our mind though and concentrate on the fact that this wasn’t a business model that relied on capital growth.

“We would hold onto these properties for the long-term, during which time they would be generating a substantial income. In a worst case scenario, we would still own an asset we could sell.”

Sejal and Amit joined PPP in April 2017. By September, they had gone ‘sale agreed’ on two properties and Sejal had given up her part-time job. These two high quality Houses in Multiple Occupation (HMOs) are generating a 13 per cent and 15 per cent return on investment.

A third was completed and tenanted recently and two further properties are due to go into refurbishment imminently.

The couple predict that with five properties they will reach their goal of achieving a six-figure annual gross profit. Sejal has already achieved a level of work-life balance she was hoping for and loves running a business where she is continuously learning while securing her family’s future.

Sejal continues: “Now is actually a great time to buy, so my message to anyone who is serious is don’t wait! There is room for negotiation, professional investors are attractive potential buyers and the market changes every day. The biggest risk is not getting started at all.”

Since the referendum in the summer of 2016, PPP has welcomed over 60 new Franchise Partners. For some of them, the vote to leave the EU was the catalyst; for others, the news surrounding potential uncertainty wasn’t even a consideration.

All of them are now well on their way to building a specialist buy-to-let property business that will generate between £50,000 and £150,000 annual income for life. They are part of a growing network of over 350 professional landlords, who all own property worth a combined £300 million and generates £27 million in annual rental income.

Combine the certainty of franchising with the security of property The only constant in life is change. It’s how you deal with those changes and who you ask for help that will determine whether you can survive and prosper.