Close
Did you know?
Card Connection has outlets available across the UK 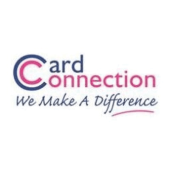 Income from day one - only established territories are for resale – active accounts bring in immediate revenue providing an income of over £50,000 a year. Grow your business - each exclusive territory has an extensive customer base with potential for growth. Easy sell – stores only pay for what they sell – a popular sales model with broad appeal. No experience needed – interactive, hands-on training is provided, plus support from a winning sales team.

Card Connection, which franchised throughout the UK and Ireland, is the market leader in the distribution of greetings cards, supplying 12,000 retailer outlets from independent shops to a network of over 100 national accounts, including BP (M&S Simply Food), Budgens, Londis, Spar, Nisa, Shell and WH Smith.

As well as greetings cards, Card Connection franchisees also supply party and gift items, wrapping paper and gift bags. Its original card designs are suitable for any kind of outlet and the range is designed for broad appeal — it totals over 900 designs covering everything from birthdays to Christmas cards and from Easter to anniversaries.

Card Connection’s popular model means that customers do not have to buy stock, and only pay for what they sell.

Its Oxford and Banbury franchise won the British Franchise Association HSBC Micro-Business Award in 2013 and the company has been a finalist in Franchisee of the Year categories awarded by both the BFA and the IFA.

Who is behind the Card Connection franchise?

Card Connection began supplying cards in 1992, and was set up by Simon Hulme, who had founded his first business, Frame Express, at the age of 24. He built up the company to 16 outlets before selling it in 1989 to The Oliver Group.

Card Connection was created as a franchise opportunity and was immediately a considerable success, growing to over 100 franchises in the UK and Ireland over the next 15 years. Hulme stepped back from the day-to-day running of the company, while retaining the role of chairman, in 2007, with Robina Every — who had been with the company for 10 years — being promoted to the post of managing director.

In March 2008, the Card Connection franchise network was taken over by UK Greetings, the British subsidiary of American Greetings, one of the world’s largest greeting card companies and already the largest direct to retail greeting card publisher in the UK, supplying Clinton Cards, Birthdays, Tesco, Sainsbury, Asda, WH Smith and Boots, among other major accounts, as well as 4,500 independent retailers.

Card Connection was run as an independent division of UK Greetings, with its own range of greetings cards and products.

After 10 years as Card Connection’s chairman Kevin Vaux retired in March 2018. As UK Greeting’s chief financial officer he had been responsible for shepherding the acquisition of Card Connection. He was replaced by Adrian Smith. Card Connection is based in Dewsbury, West Yorkshire.

How does the Card Connection franchise model work?

Buying a Card Connection franchise is an opportunity to enter the greeting card distribution market with an established franchise that has a proven track record. Each franchisee has their own exclusive territory with an extensive customer base. They will have the support of a winning sales team who will help expand the company’s portfolio of clients.

Franchisees will install the Card Connection greeting cards racks and spinners and gift display equipment for free at their client’s retail outlets. While some retailers will already have their own fixtures, the Card Connection franchisee can enhance their offerings with seasonal display units and various other free-standing units should they be required.

The Card Connection franchisee fills these displays with cards, gifts and products and, a month later, any unsold stock can be removed and replaced with new stock, and the outlet invoiced for the stock that has been sold. This means that clients only ever pay for what they sell.

With over 10,000 designs already available for their cards and products, new card designs are regularly released to keep the Card Connection franchise stock fresh.

What revenue can you expect to generate from running a Card Connection franchise?

Card Connection states that its franchise partners achieve sales volumes that leave its competitors envious. Combined with a good profit margin, Card Connection says it is possible to achieve an income of over £50,000 a year.

To achieve this you will need determination, a reasonably-sized storage unit (possibly the size of a double garage, depending on the size of franchise territory being purchased), a liveried van, a mobile phone and an iPad. As Card Connection sells only already established territories, its franchisees have active accounts that will provide an income from day one.

Did you know?
Card Connection has outlets available across the UK

How much does the Card Connection franchise cost?

Because Card Connection has only established territories for sale, the company estimate that franchisees will need a minimum of about £50,000, although this goodwill value is negotiated directly between the old franchisee and the new franchisee and will depend on the size of the outgoing franchisee’s business. The total purchase price will cover the business, stock, fixtures and initial supplies.

Card Connection recommends that its franchisees have a working capital of 20 per cent of turnover to ensure continued growth of the franchise. All the franchise territories have the potential for growth, if you are the right franchisee.

What funding options are available for a Card Connection franchise?

Card Connection is an established franchise known to the major banks and the franchisor will be happy to introduce you to one of these banks for assistance should you have financial support requirements.

What support and training does the Card Connection franchise offer?

A Card Connection franchisee does not need previous experience as they will receive all the training they need. The training begins with a visit to the Card Connection head office in Farnham, Surrey, which the company describes as two days of interactive theory and practical sessions. You will also have access to other franchisees and can spend time with one or more of them to check out the company ahead of signing up.

This is followed by three to four weeks of on the job training with your dedicated area franchise manager, who will join you on the road during the handover from the previous franchisee. After this period, your franchise manager will be only a phone call away and he can visit as required.

The Card Connection head office has 28 staff to cover the between 60 and 70 franchisees.

Card Connection franchisees can meet up at the annual regional meeting as well as the company’s annual conference.

How has the Card Connection franchise evolved and adapted over the years?

With territories complete and only resale opportunities currently available, Card Connection has been concentrating on maximising franchisee performance. Card Connection franchisees will be benefiting from developments in recent years, which have resulted in the introduction of time-saving hand-held terminals and new point-of-sale material to improve sales.

A new online system has been introduced that makes it easier for the company and its franchisees to share best practice across the network.

A Card Connection franchise runs for a five year term, which can be renewed. Card Connection boasts that the average franchisee stays for more than eight years and many have been part of the network for over two decades.

According to the Greetings Card Association’s UK Greeting Card Market Report, the market for greetings cards has reached an annual figure of £1.7bn, the public sending 864m cards in 2017.

Everyday cards (chiefly comprised of birthday cards) account for 77 per cent of that figure, while the remainder is almost equally split between Christmas cards and cards related to spring celebrations and holidays (everything from Valentine’s Day and Mother’s Day to Easter).

The UK buys more cards per year than any other country, and the industry employs some 100,000 people directly and indirectly - according to industry research, one in six retailers stock greetings cards. Creating greetings cards as a hobby is also experiencing a surge in popularity, with Crafts Beautiful magazine stating that it is the most popular pastime among the crafting community.

How can I get started on setting up my own Card Connection franchise?

The first step to a Card Connection franchise is to fill in the application form and meet the company’s MD at its head office to discuss the opportunity in more detail.

To find out more, or to request further information on franchising with Card Connection, click on the ‘Send Enquiry’ button now.

Send a free enquiry to Card Connection for further information!