Close
Did you know?
Cartridge World has outlets available across the UK 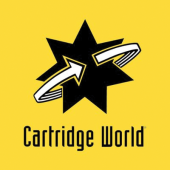 See who took home the prize at the Franchise Marketing Awards. read more

The printer specialist is aiming to add to its 180-strong UK network by opening its first franchise in Teesside. BILLION POUND MARKET “While Cartridge World are regarded as the printer experts, a Cartridge... read more

A Quality Time for Cartridge World

2014 is proving to be an exciting time for the team at Cartridge World.  The brand is rapidly expanding and fast becoming one of the most successful franchises in the world... read more

A high street franchise is defying the economic downturn by recording rising growth in its first year of trading.Thanks to inspirational franchisee Roy Mathisen and the substantial savings he’s offering his... read more