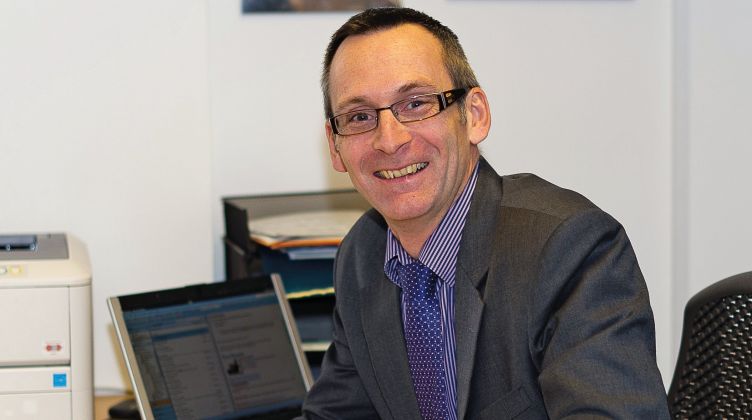 When Kevin Stansfield became one of the UK’s first ActionCOACH franchisees to gross ti million in revenue, it was clear his decision to buy the franchise five years before had been a good one. But Kevin knew he’d done the right thing much earlier than this.

“Of course, you have some doubts about whether the franchise will work for you, especially in the early days, but I always had faith in what I was doing,” he explains.“1 knew that if I followed the ActionCOACH approach I’d build a major business and, more importantly, make a massive difference to the companies I coached.”

Kevin was used to advising companies, and loves doing it. A chartered accountant with lots of experience in regional practice and industry, he’d been working as a self-employed freelance finance director for 15 years, but in 2006 he was ready for a change.

“I felt I’d taken the role of FD as far as I could,” he says.“I wanted a fresh challenge. I had more business knowledge to share than the FD role allowed. I read an article about ActionCOACH and liked the idea of coaching as a way of working with businesses in a much broader way.”

Many in Kevin’s position might have just started coaching without incurring the cost of buying a franchise - after all, he had been self-employed for some time and recently gained an MBA with distinction, so he had lots of knowledge. Why did he go with ActionCOACH?

He says:“Colleagues and friends told me to save my money and do it on my own, but I felt it would take me five years to amass the tools, techniques and knowledge I’d have from day one with ActionCOACH. I didn’t want to wait five years before I was equipped to get motoring.”

The approach, resources, philosophy and global network of woo coaches all impressed Kevin, who sees ActionCOACH as like a big corporate, but without any of the negatives.

Having made his choice, Kevin had the funds to buy his franchise, but decided to borrow half the money.

He felt this would ensure he had the discipline to drive his business forwards.

Obviously the cost mattered to him, but he argues that if you think about it logically it’s not an issue: “If I wanted to be a partner in a major accountancy firm like PwC I’d be expected to buy in. I felt I was doing the same with ActionCOACH. Looking at it from that perspective, given the strength of the global brand and the personal growth potential, the return on investment made perfect sense.”

That’s not to say it has been easy. Kevin says there have been challenges. For instance, he had to develop new skills: “I’m a reserved accountant, I wasn’t used to sales or being on stage presenting. It was a big shift, but it was a welcome one. I discovered I’m more outgoing than my career to date had allowed, but I needed to be. I had to be out there showing people that an ActionCOACH would really make a difference to them.”

Kevin currently coaches 28 clients in a mix of sectors. Some have weekly coaching, some are fortnightly or monthly, while others just attend his quarterly Growth Club.

It’s when talking about his clients that Kevin gets animated, and it’s obvious he loves the work: “My clients are all so different, all shapes and sizes, but that’s what makes it so interesting. Every week I have highs. I’m giving people their life back - they’re working for their business and have no work-life balance or no head space to grow their companies.”

For instance, Kevin had one client, in the electronics sector, who had been stuck in their business for five years with a crippling workload. Within nine months Kevin had freed him from the business. Another, running a sailing school from his attic almost 24/7, now only needs to work one day per week, while with Kevin’s help the owner of a children’s nursery has been able to get out of the day-to-day running of things and concentrate on growing the business.

At the same time as helping his clients grow, Kevin has grown his own ActionCOACH business with spectacular results. He won his first client - a printing firm - after one month. This client is still with him and many others have followed. Indeed, just two years after setting up his coaching business it was big enough for Kevin’s wife, Jane, to leave her job and join him, working part-time, in a marketing role.

Today Kevin is taking his business to the next Ievel. The firm has taken its own offices, with three coaching suites and a training facility for 3o people. Kevin now has two other coaches working with him and aims to bring on other coaches - all working within the firm.

“I love being a coach,” he says. “It doesn’t feel like a job. When times are tough I still can’t think of anything I’d rather do.”