My franchise story: Ex-boxer fights back after hitting rock bottom 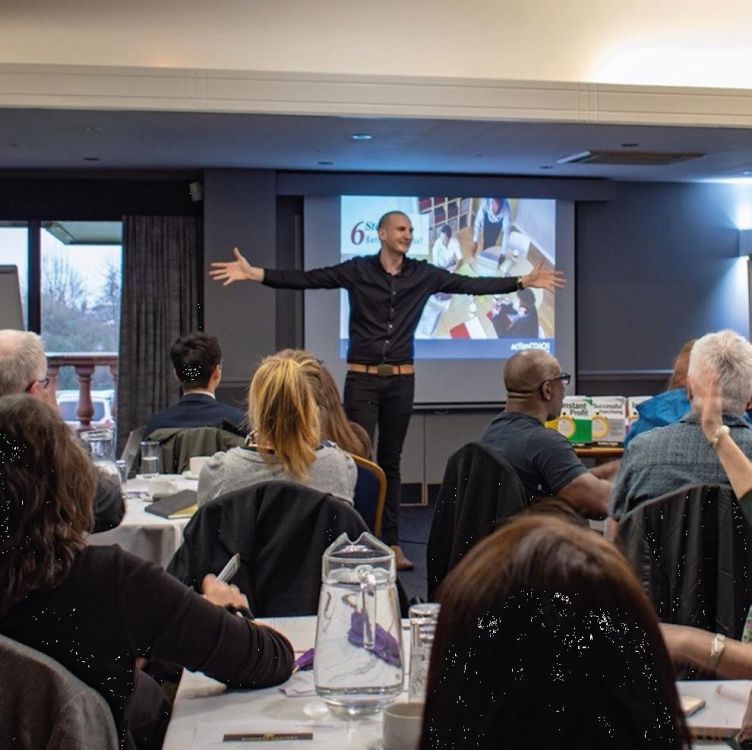 At the age of 16, James Burke went from boxing champ to being homeless. Within 10 years of sleeping rough on the streets, his Salford-based ActionCOACH business, which he launched in 2018, is generating a six-figure turnover.

His story certainly isn’t something he hides. In fact, it’s made him who he is today and is one of the reasons for his success.

James explains: “When I was younger, all I wanted to do was be a boxer. I was training constantly and getting stronger by the day. I thought my career would head in that direction, but when I got kicked out of school and my family home it had to be put on hold. I slept on park benches, friends’ sofas and in an old outhouse toilet.”

Between the ages of 16 and 18 James lived rough, until he moved into a Wigan hostel where he stayed for several years. His boxing days were about to come to an abrupt end too.

Two people close to him died, bringing on a bout of severe depression, he had his jaw broken and was diagnosed with osteoporosis. His gloves had to be hung up for the last time - a final blow to the young man.

“I was forced to retire from boxing and I lost my identity,” James says. “After a few years, at the age of 23, I looked at myself and knew I’d had enough. I made sure I was healthy, both physically and mentally, and started looking for a new direction.

“I got a job at an estate agents and worked my way up to branch manager in two and a half years - helping the outlet to win a national award for profit growth. After proving myself, I got a job as an area director of Yopa estate agencies.”

As a firm believer in the power of personal and professional development, James discovered the work of famous author and motivational speaker, Simon Sinek. Simon showed James how to find his ‘why’ and create achievable goals, not just for his own success, but for others too. The seed was planted.

“I wanted to make a difference to a million people by 2030, but I knew it wasn’t going to be possible by staying in the property world,” James says. “I had to do something else.”

He thought long and hard about how his skill set would be best employed to support his ambitious goal. He had experience in leading a team, coaching individuals, goal setting and marketing, so his instinct led him to start his own business consultancy.

Although his business showed promise and was already delivering results, he couldn’t help but think of how to take it further. A simple Google search gave him the answer - ActionCOACH.

“I knew I could learn a thing or two from them, as they were the world’s number one business coaching franchise,” James says. “Joining them would give me the opportunity to reach my goal more quickly.”

He wasted no time in deciding ActionCOACH was for him. James realised he could utilise the support of the franchise to achieve his own personal mission and was awarded his franchise in early 2018. In May of the same year, he completed his initial training at ActionCOACH University.

“The training was excellent,” James says. “It was everything I was promised and more - it was extremely beneficial to be in an environment where everyone is hungry to succeed, we could work together and support one another on our journeys.

“The first few weeks after launching the business were a huge learning curve. By following the model, I could see the process of testing and measuring my marketing activities was the most efficient way of generating new clients going forwards. I very quickly found my feet, winning new business and supporting clients to achieve tangible results quite early on in my business.”

A few months in, James, his now fiancée, Lauren, and son, Matthew, went on holiday to Ibiza. The couple were expecting their second child and wanted to have their last break before their daughter arrived. Little did they know, this holiday would be one they would never forget.

“The day we got to Ibiza, Lilly was born,” James says. “She was 10 weeks early and we had to spend a total of nine weeks on the island. Luckily, I could still operate my business from Ibiza.

“With ActionCOACH’s exclusive client generation centre actively supporting my marketing and enquiries, I was able to carry on growing the business while being there for my family. I would travel home every fortnight for two days to do group coaching sessions and completed my one-to-one sessions using Skype. If I’d have been in business on my own, it wouldn’t have been possible to keep it going.”

Since then, it would be an understatement to say James’ business has started making an impact. He already achieves a monthly client income of £12,000 with 24 clients - ranging from start-ups to multi-million pound businesses.

Each month, his free seminars get between 100-150 attendees and the imminent launch of his new book, The Journey to Wealth and a World- Class Mindset, have given him the opportunity to progress towards his goal even further.

“Now I’m 30, I want to build an ActionCOACH hub in Manchester with three extra territories,” James says. “I’ve recently taken my first step in that journey and invested in my first exclusive ActionCOACH territory, where I have the opportunity to positively impact 10,000 businesses - which doesn’t just benefit business owners, but their employees and families too.

If you want to create an overwhelming difference in your local community and you’re the kind of person who:
A. Loves learning and developing yourself;
B. Has enjoyed success in your career or sport; and
C. Is willing to invest if they see substantial returns can be made…