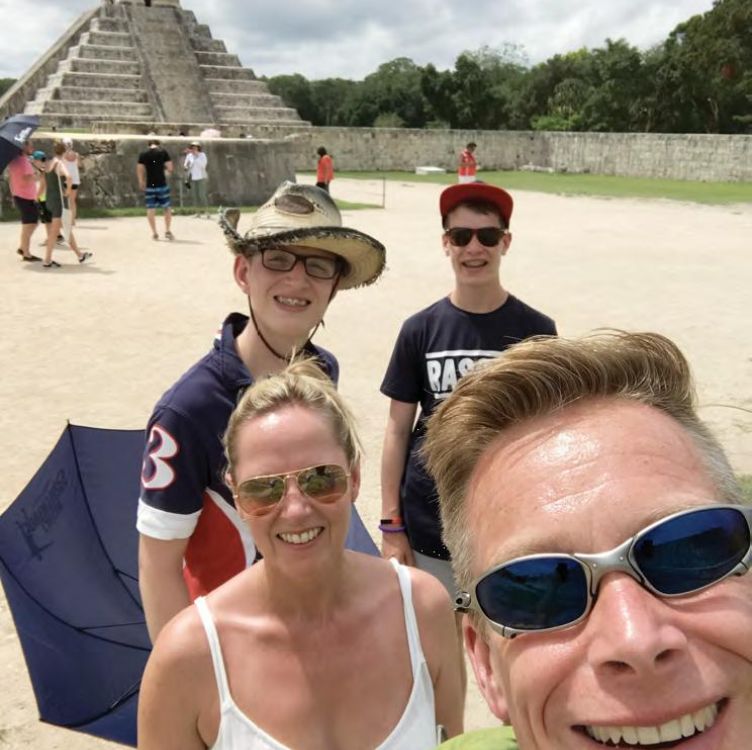 Half a million pounds from 12½ hours per week!

Here Andy Hemming reveals his ‘warts ‘n’ all’ story of his decade with ActionCOACH, overcoming the 2008 recession and how he grew his coaching business to £60,000 income a month on just three days’ work a fortnight, so he could free up time for his family.

Andy explains: “After four years working in Hamburg for Nivea, I needed to move back to the UK to support my family - both my parents were diagnosed with cancer and we had been told my eldest son had autism. Nivea was great and agreed to create a job for me so I could move back to my home in Worcester.

“I soon realised my latest role wasn’t going to work out, so in early 2007 I arranged to leave Nivea and I began to look for a new role. I wanted to find something local so I could support my family and when I failed to find a role in the management tier, I started to feel like I was unemployable!

“I was at The Mailbox in Birmingham buying a shirt, thinking I should smarten up if I got an interview when I got a call from ActionCOACH. They had seen my CV online and asked me if I have ever heard of franchising or considered running my own business. They explained all about ActionCOACH’s business coaching franchise and invited me to a discovery meeting.

“In May 2007, I found myself in what should have been just a two-hour interview, but as soon as I heard about ActionCOACH’s values and culture, I wanted to know more. Having spent so much time in the corporate world, the ideas of learning, self-development, support and team were really appealing. Not surprisingly, by July I was on a plane with a few other ex-corporates on our way to ActionCOACH University in Las Vegas for our initial training.

“The only way I can describe the training is ‘intense’. It is designed to break you down and build you back up, instilling the ActionCOACH core principles, which can help not only your clients’ businesses grow, but your own too. I came back home overwhelmed but excited, and wondered if I really had enough information and knowledge from the training to start my business. It turned out that I did!”

In the same month, Andy started his ActionCOACH business in the West Midlands working from home - he had less than 12 months before the big recession of 2008 would hit.

“Straight away, I threw a lot of money at telemarketing to generate new business appointments and I attended as many networking events as I could,” Andy says. “It’s very different nowadays at ActionCOACH, you’re given a huge amount of advice around winning new business, they have a dedicated client generation centre and frequent workshops and webinars sharing best practice and advice around sales.

“I’d given myself a 12-month target to earn enough from my business to replace my old corporate salary and by mid 2008 I had created an income of £16,000 a month. And then life got interesting - the recession hit!

“My bankings dropped from £18,000 in October 2008 to just £7,000 in March 2009. With the few clients I had left, I allowed them to dictate my diary so my business wasn’t running efficiently and I had less time to spend with my family - the complete opposite of where I wanted to be.”

With the recession making people look really hard at their finances, one of Andy’s clients had an accountant asking what he was getting for his money. The accountant came to a one-to-one coaching session to see if this was a cost which could be cut. The accountant loved it and ended up introducing Andy to the Regional Director of HSBC, who invited him to run seminars for his clients.

“It helped turn my business around and in 2011 I banked £210,000,” Andy says. “Strategic alliances like this were clearly the way forward for me and are now simply part of the marketing toolkit for new franchise partners today, with a full-time national partnerships team developing and maintaining key relationships.

“I want to take this opportunity to explain that many people may consider £7,000 a month or more as a great income and, as I never dropped below this level, you may have expected me to be very happy with my business and personal performance, but I wasn’t. I was coming up to year seven with ActionCOACH and I said to my wife, Kate, I was fed up with mediocrity - it was make or break time for me.”

Andy bought an office and changed the way he ran his day-to-day business. His clients came to his office for coaching, he tightened up his diary and got superfocused on efficiency.

“In 2014, I banked £360,000 and, since then, I made time my obsession,” Andy says. “I wanted time for me, time to be with my family and time to be a great Dad, but I also wanted to be a great business owner and coach too. So, since last year, I have restructured my diary of 18 clients into three days every fortnight. On just 50 hours every four weeks, I generate over £500,000 a year. “On top of all that, I have the privilege of going on a journey with my clients. I genuinely care about my clients and their goals. I regularly get results where clients have managed to double their business, and without exception, work less hours to achieve it.

“I know I need time on my own for me to be a great Dad, so I spend Monday to Wednesday every fortnight Andy spending quality time with his family on holiday Reaching the summit of Mt Kilimanjaro coaching and the other 10 days are pretty free. I’m training for the London Marathon and hope to complete it this year in under 3 hours 15 minutes. I love being outside, especially in the mountains with my sons, Oliver and Alex, but have also climbed Kilimanjaro with friends.

“I want to continue moving as far away from mediocrity as I can and plan to grow my business to £1 million working just four days a fortnight and start to build a team of coaches.”