“How I went from redundancy to multi-millionaire” 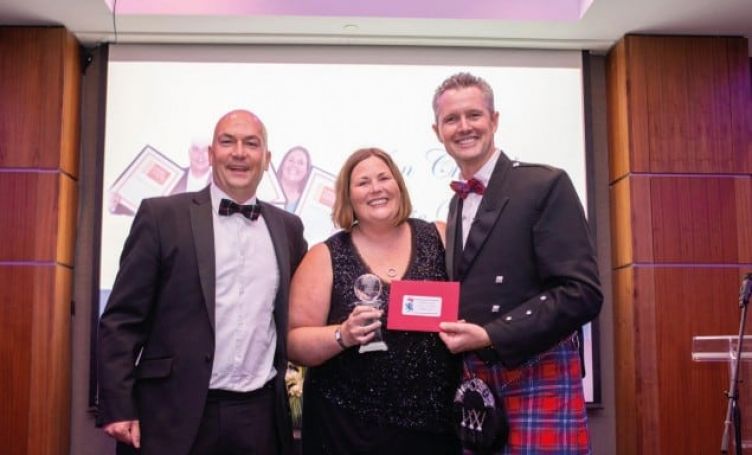 Julie Wagstaff was in danger of losing everything before she found a wealth of fun, fulfilment and recognition with ActionCOACH

Julie Wagstaff had to experience two redundancies and the threat of losing her house before she took control of her future. But when she chose to take action, her life started on the path to a wealth of fun, fulfilment and recognition. In fact, so much so that ActionCOACH UK, the franchise she heads up with her partner Ian, is one of only 4 brands to receive 5-Star Franchisee Satisfaction rating 8 times.

Originally trained as a food scientist, Julie moved into technical sales in the dairy industry after her first redundancy in the food industry. When the second round of redundancy hit in 2005, she became disillusioned with working in the sector and toyed with the idea of becoming her own boss, but meanwhile, put her CV on a job site.

Julie explains: “I received a call out of the blue from a business coaching firm called ActionCOACH. They’d found my CV online and, honestly, I wondered if it was a con as it sounded too good to be true.

“If I could become my own boss and help other business owners, then I thought it could be my perfect fit. I love learning and developing myself and this was a large part of the franchise model.

“I borrowed some money from my Dad, added that to my savings and at 28 years old became my own boss. It was a year where I took several leaps of faith in quick succession. Having signed the franchise agreement, I took another leap - onto a flight to Las Vegas for initial training at ActionCOACH University. At this point, I still wasn’t quite sure if anyone would meet me when I got off that plane!

“It was a shock to the system when we landed - ActionCOACH was very real. The training experience was also intense. I was the only female and by far the youngest in the group of 21 new franchise partners from around the world.

“During those 10 days I learned a lot about myself, but with a lot of more experienced businessmen in the mix I did start to doubt my abilities and it led to me developing some limiting beliefs about myself.”

The risks of not taking action

Julie came back to the UK to launch her business, but did not follow the system ActionCOACH had recommended; something she reflects on with perfect clarity.

“I would book into networking breakfast meetings and then stay in bed,” Julie explains. “I thought no one was going to listen to a young woman with no business experience, so I didn’t really try.

“I was about three weeks from broke when I thought I would lose my house and was terrified at the thought of telling my Dad I’d lost all the money he’d lent me. That’s when I decided to get my act together.

“It was January 2006 and I reached out to one of the top Action Coaches in the UK to ask for help. He showed me how to work the phones to generate interest in my services, which was the primary source of new business back then.

“In my first month I secured one client, in month two I secured another two clients, then four clients in month three, then nine clients in the fourth month after having decided to take massive action!

“By May 2006, my meeting-to-client conversion rate had hit 87 per cent - an ActionCOACH UK record. Incidentally, my record of nine new clients in one month has only just been matched during summer 2020 by Action Coaches Ian Harford and Matt Bull - a fantastic result and testament to the support we’re able to give to our local communities over the pandemic.”

Julie first met Ian Christelow at the September 2006 UK franchise conference. She knew he was the area developer for three ActionCOACH UK regions and they ended up talking about purchasing the London region as a 50:50 partnership.

“Three days later, I sent him the plan,” Julie says. “By the December, Ian and I had agreed to a million-pound investment to develop ActionCOACH in the London region. Two years later we bought another region and continued that approach every couple of years, acquiring UK regions as they became available or as our offers were accepted.

“It’s been year after year of incredible growth for ActionCOACH in the UK since Ian and I partnered up. When our two daughters arrived, our hard work didn’t stop, but I was able to practise what we preach to our business owner clients as I brought in a team to support me in my role. “That’s when we started to use an independent research agency to monitor the satisfaction of our franchise partners and got our first 5-star rating.”

“As I once lived and breathed being an ActionCOACH franchise partner, this has helped us shape the business.

“We’ve implemented additional support for any areas I felt were lacking as a franchise partner. The recognition for this support has been incredible - 12 years of winning ActionCOACH’s Global Team of the Year based on average income of coaches in each country and net growth of the coaching team, so to stay at the top of 80 countries around the world is amazing. And ActionCOACH is rated number 4 in the Elite Top 100 Franchises and is the only Top 10 franchise to improve its ranking year on year.

“Of course, I love the recognition, but the biggest reward for me is to see the difference our coaches are making in their communities. The challenges of 2020 have been felt by every business owner in the UK and I’m proud to see how our Action Coaches have come together to freely offer support and guidance to thousands of businesses across Britain.”

If you would like to know more about the ActionCOACH opportunity and you’re the kind of person who:
A. Loves learning and developing yourself;
B. Has enjoyed success in your career or sport; and
C. Is willing to invest if they see substantial returns can be made…
Then find out more by watching the overview video at actioncoach.co.uk/overview