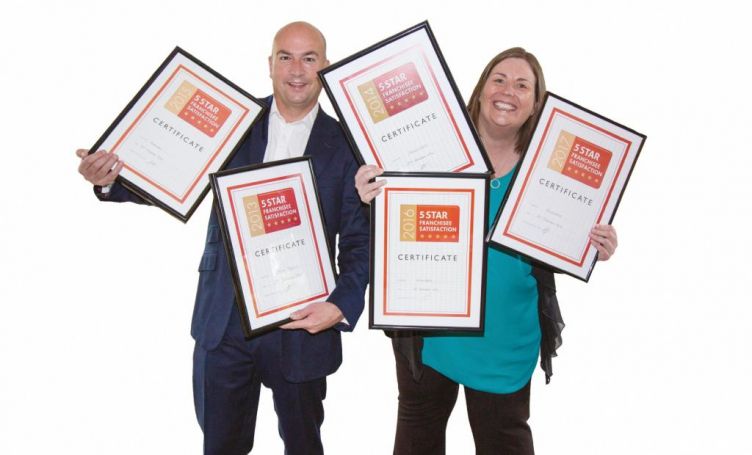 Smith + Henderson’s UK Franchise Satisfaction Survey has been adopted by over 100 franchisors since it started in 2011.

Over 150 ActionCOACH Franchise Partners were invited to rate their franchise, its products, rewards and support. The overall score puts ActionCOACH in the running for awards that are held in November where, for the last three consecutive years, they won RBS’s Best Mid-Priced Franchise.

These outstanding results year after year make ActionCOACH 1 of just 4 franchises to receive a 5 Star Franchisee Satisfaction rating for 5 years.

Ian Christelow, ActionCOACH’s UK Co-founder, explains: “These awards mean the most to our team because they are based on our partners’ feelings about our franchise. No matter how great your system is, if your franchise partners aren’t happy, then growth is not possible.

“We consider our franchise partners to be our business partners. We work hard to provide the best support and opportunities for growth. Their feedback gives us confidence we’re on the right track, but we’ll never become complacent. We’re also very proud to be one of just 4 franchises with 25 stars to our name!”

Some anonymous comments from this year’s survey

The estimated total revenue generated by professional coaching in Western Europe was $898 million in 2015*. More than ever, there’s a huge need for business coaches to help companies secure meaningful growth and achieve their goals.

Mitali Chopra, a Franchise Partner since August 2016, says: “I chose ActionCOACH because I wanted the opportunity to build my own business and create impact in peoples’ lives, both in business and personally.

“I am proud to be an Action Coach because of the wonderful team and powerful vision.”