“Why I Chose An ActionCOACH Franchise Over A Corporate Career” 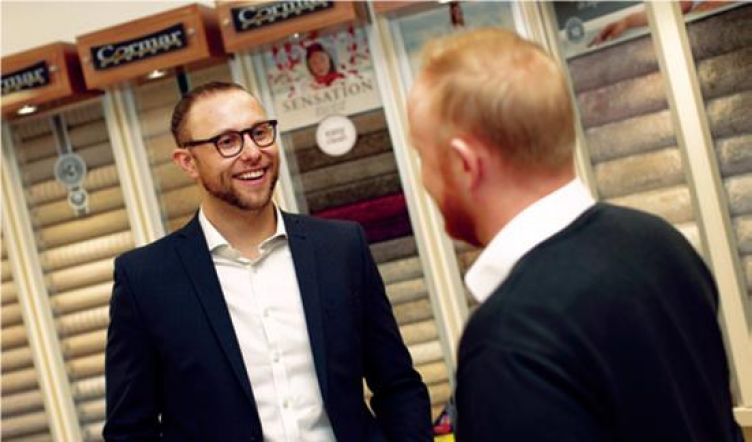 Predicting the collapse of Carillion, graduate Luke Kay chose an ActionCOACH franchise over a corporate career

Luke Kay gave up his place on a graduate scheme, performing in the top 10 per cent of his cohort, with former leading international integrated support services business, Carillion.

With prospects of a six-figure salary, why did this 26-years-old, hardworking graduate give all this up to join ActionCOACH?

Luke explains: “After completing a master’s degree in project management, part of a business programme at The University of Liverpool Management School, I was offered a place on the hotly contested graduate scheme at Carillion.

“My role varied from Pre- Contracts Manager managing bids of £10,000 to £30 million to National Programme Manager overseeing major maintenance and capital spend projects up to £10 million across six southern regions of England.

“I was working a lot of hours, making the company a lot of money, but I saw people being made redundant or worked into the ground. I started to question the ethos of the corporate world - these companies were treating their staff as numbers, not people.

“I had spoken to another high performing graduate, we looked at contracts that didn’t seem to make financial sense and I started to get a bad feeling. So, in October 2015, I looked at options for buying my own business. It turned out that my gut feeling was right and I wasn’t surprised when the company announced its failure earlier this year.”

“My research gave me two options - to buy an existing business or choose a franchise. My dream had always been that in 20-30 years’ time I would buy, grow and sell businesses, but I thought I would need to get more experience first.

“I researched franchise brands in magazines and online. My initial thought was that I could, in fact, choose a franchise in any industry to get my foot on the business ownership ladder.

“I had spent time putting systems and organisational structures in place to support fast-paced growth. When I came across the ActionCOACH business growth franchise, I knew it would give me the opportunity to further exploit those skills to structure businesses for long-term sustainable and predictable growth.

“ActionCOACH ticked all the boxes - I could have my own business, get coached myself and coach businesses in lots of sectors. So, I got in touch.”

Luke attended the UK franchise training in May and completed the two weeks of pre-training learning in preparation. He was introduced to the support team and was given his own coach, Paula Wingate.

“I launched my business in June and Paula phoned me every day for the first month,” Luke says. “I was then allocated another master coach to coach me on weekly basis until I reached a monthly client income of £12,000.

“I have both one-to-one coaching clients and group coaching clients. My GrowthCLUB started with 5 business owners and now has 24, I run one ActionCLUB in collaboration with another Action Coach, in Chester, and I run one on my own in Liverpool.”

“Just two months in, I was earning more than on my graduate scheme. By 2017, I was generating £10,000 a month in client income. By the end of my first 12 months, I hit my goal of £55k profit, matching any earnings I could have climbed to in the first year of my corporate career after the graduate scheme.

“Now, I’m in my third year of business with ActionCOACH and I’m aiming for monthly bankings of £25,000, which will allow me to invest in the business for more growth.

“Before I started my job at Carillion, I enjoyed a social life and regularly played golf, badminton, cricket and took Thai boxing classes. The job took over that very quickly and I often only spent one night a week in my own home.

“Now, I’m in control of my own business and my free time. I go to the gym before work and have started playing golf again. I organise my diary so I coach on alternate weeks, meaning that I keep every other week free for admin, marketing, and leisure time. I could choose to go on holiday twice a month and my business wouldn’t suffer.”

Age is only a number

Now Luke is 28 and still the youngest Action Coach in the UK. You might ask the question: how can someone so young coach a business owner?

“ActionCOACH trains you to tackle those objections,” Luke says. “ActionCOACH has 3,500 strategies and tactics to help business owners grow their businesses, which means you don’t need 30 years of business experience.

“They teach you how to deliver those strategies and tactics too. During training, we roleplay to practice presenting seminars and workshops. And the training continues after you’ve launched.

“Jon Asquith, ActionCOACH’s expert sales trainer, and James Vincent, Director of Coaching, attended some of my coaching calls. Jamie Goral has been a franchise partner for four years and I’d like to copy the impressive growth of his business - he took time out from his busy schedule to share his experience with me.

“I also got to watch Ian Nixon and David Poxon run a 6-steps seminar before I ran my first seminar. I thought I received all this support because I’m young, but every franchise partner has access to it. ActionCOACH runs over 70 days of events, networking, workshops and support each year.

“I have clients where I could be their grandson. One of my first clients said, if you’re good enough, you’re old enough. The best moment for me so far was when a client of mine, who had previously won entrepreneur of the year in the City of Liverpool, said that he’d had the best and most enjoyable year in his shutter business since working with me.

“I’d say I made the right move by choosing this franchise over my corporate career!”