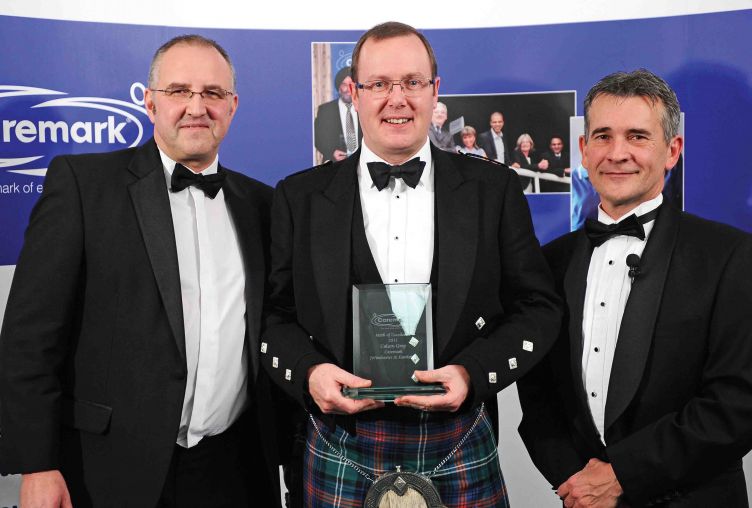 Calum Gray, Caremark’s franchisee for Winchester and Eastleigh, has made the transition from military life to successful business owner

Among the professionals investigating franchising as a career path are increasing numbers of ex-service men and women. Recent defence cuts have resulted in many redundancies, leaving skilled, highly trained and disciplined individuals without a career and wondering where next to take their skills.

One option, for those looking for an exciting management franchise, is the home care industry. As a sector it has proved resilient in the face of the current economic hardships, proving attractive to even the most cautious investors.

Caremark’s home care franchise is certainly attracting attention from savvy investors who are looking for a business that will bring satisfaction and long term growth. Anyone looking for a change of career and who has an entrepreneurial flair, a passion for the care industry and a desire to build a profitable, long term business would be wise to investigate this opportunity.

Lack of experience in the care sector should not be viewed as an obstacle to entry either. A key element in Caremark’s franchisees’ success is the level of training they receive at the beginning of their business life, plus the strength of support they have access to, from launch day onwards.

Calum Gray, 53, the franchisee for Caremark (Winchester & Eastleigh), made the transition from military life to successful business owner. From the age of 16 Calum chose the military path as a musician. He had no long term plans to remain in uniform, but as things transpired his military career lasted 33 years, the last 20 being spent as a bandmaster and then director of music.

When considering his second career, an important factor for him was not being locked into a 9-5 office job. Calum realised the obvious solution was to run his own business, but because he had no experience he looked at franchising and decided it was the best option.

Prior to leaving the army, Calum had volunteered with a national organisation supporting people in crisis and found the work to be hugely fulfilling. From that first positive experience a second career in the home care sector proved appealing and he knew a business providing care and support to vulnerable members of the community would be enjoyable and worthwhile.

Calum realised that home care was a fast growing industry and one that would provide him with the long term business opportunity he was looking for. His initial research into the sector brought him into contact with Caremark, the first home care franchisor he visited.

Calum reflects: “I was immediately taken by their professional, patient and informative approach. Although other care providers demonstrated impressive qualities, it ultimately proved an easy decision to opt for Caremark.”

Previous management and communication skills developed from his military career served him well in his new business life. Developing an office team, recruiting and training new carers, as well as marketing and growing his business, all required good management experience, which Calum had gained during his service life.

Several years down the line and Calum is happy he joined Caremark. “One important point for me is that I like being able to access the wealth of expertise at the central support office whenever I need it,” he says. “This brings peace of mind knowing that specialist support is always available. I also like the fact I am able to pursue local opportunities to grow my business in the best way possible.”

Having spent so many years in uniform, Calum often wondered how his post-military life would unfold. He now considers himself to be lucky to have such a rewarding second career. “There is nothing to be lost and potentially much to be gained from contacting Caremark,” he says. “As a company they are growing both nationally and internationally and I am delighted to be playing my part.”

Having won Caremark’s Award for Excellence 2011 at the company’s last annual conference in January 2012, Calum’s bold step from the army to the world of care has clearly been the right path and proof that ex-military professionals can find a home in home care.