Monkey Music is tuning into the sound of success 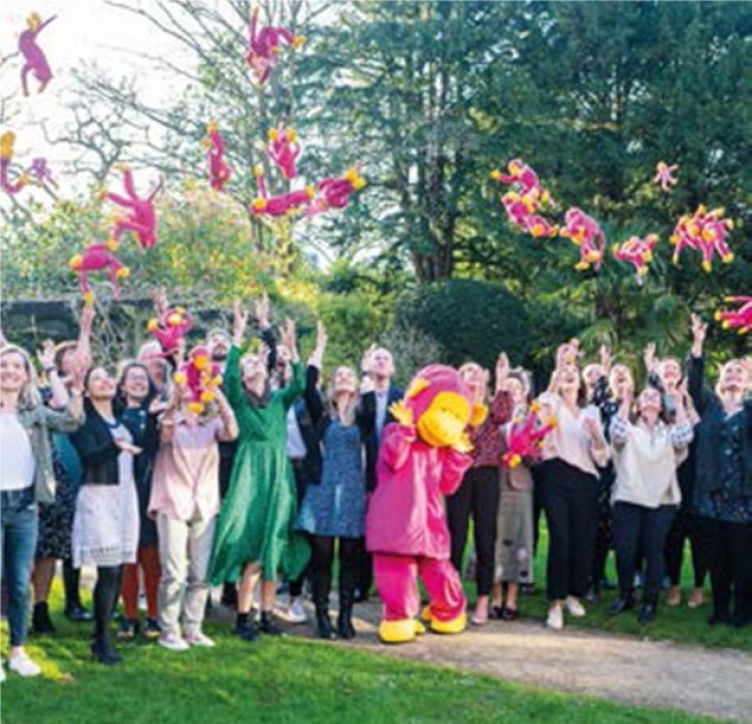 With six Monkey Music franchises between them, Katherine Watmough, Lucie Jennings and Sally Williamson discuss their journey into franchising

Lucie: How did you two end up owning franchises?

Katherine: I was first violin with the London Philharmonic Orchestra but the travel demands weren’t fair on me or my children. A friend ran a Monkey Music franchise and suggested I look into it.

Sally: I had been in pharmaceutical marketing for 17 years and had just had my second child. I needed a change and wanted a job that fitted around my family. I’d taken my kids to lots of franchise classes and when I did my research Monkey Music stood head and shoulders above the rest. What about you, Lucie?

Lucie: I co-ran a post-production business in London but while on maternity leave, I was in a Monkey Music class daydreaming that maybe I could run a franchise – I’ve never looked back. Katherine: So, what do you think makes a good franchisee?

Lucie: Skills from a previous career are definitely assets, but to run a successful franchise I think character traits like energy, enthusiasm, organisation, drive and persistence are more important.

Sally: Absolutely. The great thing about buying into an established franchise group is that you don’t need to be the complete package. The business model should already be proven and there should be plenty of training and support provided by the head office to help fill the gaps in your skills or knowledge.

Katherine: I agree. Building your franchise is a full-time job and having the brand, product, training and support already in place means that you can dedicate your time to growing your customer base and delivering the product.

Katherine: I wasn’t tempted, but did either of you consider setting up your own business from scratch?

Lucie: Not really. Although I had experience running a business, the relative security of buying a franchise appealed. 80 per cent of start-ups fail within five years. Buy into an established franchise and that figure is far lower. As Sally said, you start with a proven business model, an established brand and lots of tools, training and support. With Monkey Music there’s also a network of franchisees sharing best practice, and they’ve an established relationship with a bank which helps with financing.

Sally: After speaking with Kat, Monkey Music’s business support manager, I realised how much support a good franchisor provides to its franchisees. Without all that support I think it would be almost impossible to flex work around my other commitments. It was certainly a key factor in my decision to buy a Monkey Music franchise.

Lucie: The flexibility is brilliant. And even though I put in a lot of hours, it doesn’t feel onerous because it’s on my terms and it is for my family. So, what advice would you give someone thinking of buying a franchise?

Katherine: Work hard and smart and the results won’t be far behind.

Sally: Do your research. Not all franchises are created equal. You, Lucie?

Lucie: It’s a big leap but undoubtedly worth it!