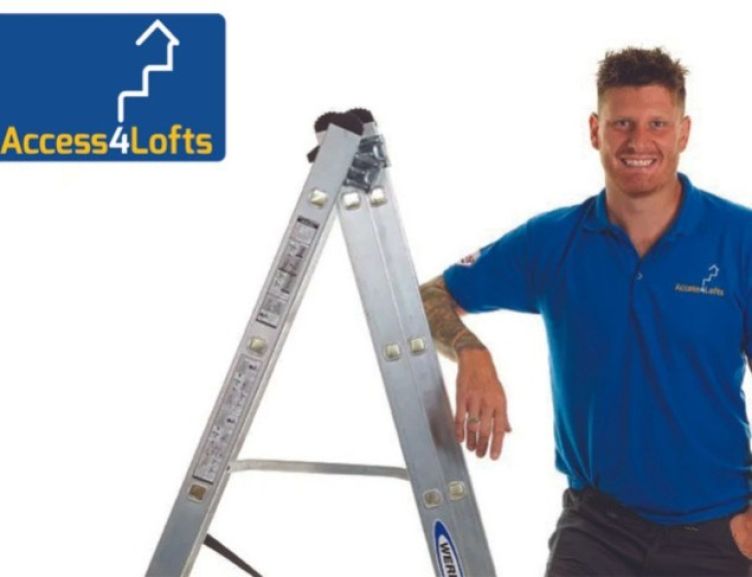 After years of running his own business conducting property energy surveys, Mark Jowett has now opened his own Access4Lofts in Doncaster

Do you dream of running your own company? When the time comes, it is only natural that you’ll want to go with an opportunity you can count on. It was the same for Mark Jowett, one of the latest additions to the growing Access4Lofts franchise network.

Mark has recently completed his training at HQ and opened his own Access4Lofts in Doncaster, and like many franchisees had no previous experience with loft installations.

A change for the better

After years of running his own business conducting property energy surveys, Mark was forced to change careers when the market began to change. Realising he wasn’t getting the same satisfaction from the job that he used to, Mark decided to transfer his skills to a similar sector. But despite finding a well-paid job working for a smart meter installation company, Mark never forgot the joys of working for himself.

“It was a brilliant job,” he explained. “But it was back to working for someone else and not being my own boss. Eventually, I felt like I really needed to get out, but I didn’t want to be back where I was before – completely on my own – which is when I started looking at franchising.”

But Access4Lofts wasn’t the first franchise Mark looked at and it was some time before he settled on the brand as his final choice.

“I’d been looking for the right opportunity for the last 18 months to two years,” Mark continued. “But none of them ticked the right boxes. With them, I felt like I would be just buying a job, but with Access4Lofts I was buying a business.

“On top of that is all the systems they have in place and the support, and all of their existing franchisees seem to be doing really well. On my first video call with them, I could see a live feed of exactly what jobs people were getting and what they were worth.”

To learn everything he needs to know about running his own franchise, Mark attended Access4Lofts’ comprehensive five-day training programme at the company’s specialist centre in Plymouth.

“I was really impressed with the training,” Mark shared. “They’ve got absolutely everything laid out for you, with videos and manuals to look at later when you need more help. When I left on the Friday, I already had four leads to follow up on for Monday morning!”

Walking the extra mile for franchisees

But training is just the beginning of the support Access4Lofts provides its partners. Franchisees can also benefit from the brand’s huge library of videos and operations manuals to help them deal effectively with every possible installation scenario or use video call support for any particularly tricky setups.

Mark added: “During training, the team showed me the wall they have covered in portraits of their franchisees and took me through all the backgrounds. The number of walks of life on display there was crazy. Delivery drivers, policemen, business owners, finance directors, all have found a place with Access4Lofts.

“A few weeks before I started, I had a bit of a ‘wobble’ and almost didn’t go ahead with it. All the bad news about the cost of living crisis had me worried, but I’m glad I did! Within just two weeks of finishing my training, I have just completed my first paid job and have four more lined up over the next fortnight. I am expecting this to really take off over the next few months – especially the insulation side of the business.”