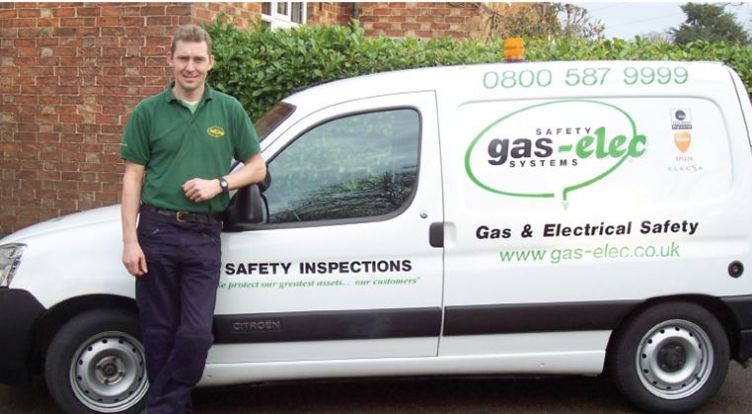 Paul Cordingley was a marine engineer in the Navy for 13 years before leaving in 2002, aged 30. Keen to employ the technical skills he had acquired and not suffer a drop in pay, he joined gas-elec the same year.

“gas-elec was a natural fit after the Navy, where I had been trained in things such as gas turbine, diesel generators, electrics and refrigeration hydraulics,” Paul explains. “In other words, I was already dual qualified in gas and electricity - I had the skill set.”

He says he was nervous about the transition from military to civilian life: “What worried me most were the financial implications of not having the Forces structuring my life. But, in the event, the transition was really quite easy. I made money from the first year.

“That is partly, I believe, because the Navy had equipped me with the disciplined attitude to work - you keep going until the job is done or the ship won’t sail. So, even after 14 years, I still don’t have a civilian mindset. In fact, since I joined gas-elec I have had three weeks off work for sickness in 14 years - and two of them were last year when I really couldn’t move!

“One reason I chose the right franchise for me is, without doubt, the amount of research I did before signing up. Head office gave me some telephone numbers for the company’s regional managers and safety engineers, but I phoned more. In the end, I must have spoken to about 15 people. It meant I had a very clear idea of the network before I took the plunge.

“And the principles underpinning that network are very sound. gas-elec has a two-tier franchise system. The first tier, its regional management franchisees, look after sales and marketing and provide the engineers in their postcodes with work. The second tier, us engineers, carry out the safety inspections and repairs.

“Most important, the support that head office gives us is great. 11 people work in the franchise support team and, between them, have 87 years’ collective experience - so I guess the company must be doing something right.

“This support includes an IT helpline, gas and electrical advisors and auditors, updates on legislation, and business and accounting advisers. In addition, the company has a bespoke bureau facility that collects in monies, sets credit control limits and pays the network twice a month upon receipt from our customers. And the company also organises professional indemnity and accident insurance for us.

“As a system, it’s hard to fault and must go some way to explaining why the company, now in its 20th year, is one of the most established franchise networks in Britain. And why it has enjoyed year-on-year growth since it opened its doors for business back in 1996.”

Paul’s other advice to would-be franchisees is be prepared to do some of your own marketing. “My regional office’s marketing is great, but it stands to reason that if you want to grow your business, you should also learn to promote it,” he says.

“You get what you put in. I get a lot out too, though - more than £60,000 a year. And because my wife and I are directors of the limited company I have set up, I pay less tax than I would if I was a sole trader. Plus, I get more time with my wife than I did when I was in the Forces when, depending on where the ship was sailing, I could be away for eight to nine months at a time.

“In terms of the future, I intend to continue working the way I am. The size of my territory - which includes Coventry, Rugby, Nuneaton and the south east of Birmingham - is well marketed, so there’s more than enough work for years to come. I’ll certainly be renewing my five-year franchise terms next year.”