5 things you should consider before you start your franchise 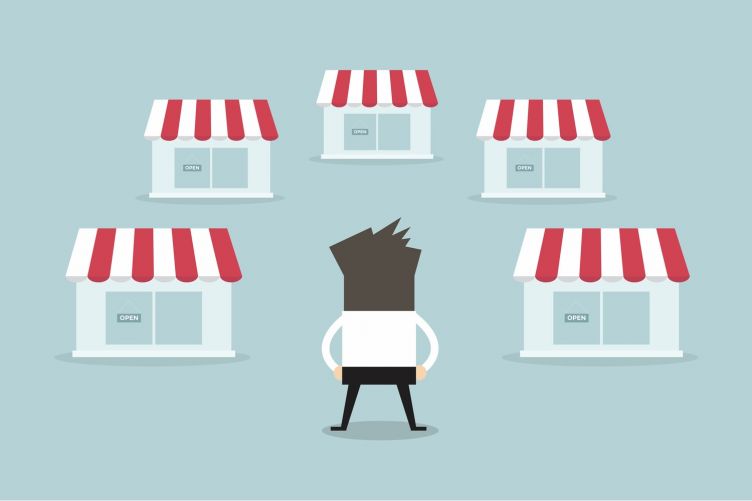 If you are considering becoming your own boss, running a franchise could be the answer. Before you get started, however, there are a few things you should consider. With so much to think about, it’s important to take the time to figure out your next move

Your experience as the head of a franchise could vary massively. You could run a franchise from home, or decide to be more hands-on and work onsite with a retail or restaurant franchise. With increasing numbers of us deciding to take the franchise route — in fact, 4,400 new franchise units have been created since 2015 — it’s important to have all the facts before launching your new business venture.

With so many options out there, it’s crucial that you choose your opportunity carefully. Here are five key things you should consider before you start your franchise.

When it comes to starting your own franchise, you have two main options. You could buy a franchise run by someone else, or set up an entirely new entity under the same brand franchise network. If you buy from a franchisor who is looking to move on, you will benefit from an established customer base in your area. For businesses that require permanent premises, such as bar franchises, this will save you having to search for a fresh location to set up your operation. Half of all franchises currently operating were sold on by others, but it’s a personal choice — and one that will depend on your business goals and chosen industry — so consider whether you will choose to buy an established franchise or start fresh.

Many people choose to start a franchise because they want a new working environment. But with so many to choose from, it can be overwhelming. Some franchises, such as online franchises, can be run from your own home and be fully location independent. If you want to set up a brick-and-mortar business like a cafe or bar franchise, you will have to think very carefully about where to base it. Which areas have the most footfall? Is there a demand in your local area? Where can you find a unit in an advantageous position? All of these factors are crucial and will directly influence the success of your franchise.

3. How involved do you want to be?

All businesses will involve a lot of input from you at the start. However, once underway, franchises can require wildly different levels of involvement from their franchisors. Before you choose a franchise opportunity, you should think about how much time you want to — or will be able to — devote to it over the long term. Some education franchises, for example, may involve some teaching on your part. Less hands-on opportunities may be found elsewhere, such as vending machines franchises.

Every franchise opportunity will involve a fee, so your choice will largely depend on how much money you have at your disposal. This may not come as a big surprise, but some of the biggest and most well-known brands can have very large franchise fees. If you’re not able to spend a lot of money, you can use our handy tool to search for franchises in the UK according to your budget. There’s no reason that your budget should stop you from achieving your franchise dreams. It’s also worth noting that business loans are available for franchise purposes, as banks are more prepared to loan money towards a venture involving an established brand.

One of the greatest advantages of starting a franchise is the freedom to pursue your interests. While in the job market, you may have found yourself having to sacrifice your passion for a role that pays the bills, but franchising frees you from this. You can choose an industry and role that aligns with your interests and gives you the power to shape your own role. Whatever your interest, you can find a franchise that allows you to explore it, while also creating a sustainable and profitable business.

Starting a franchise is a worthwhile enterprise that allows you to take control. Our tips will help you land the right franchise opportunity for you. Explore What Franchise and buy a franchise in the UK, or find out more about setting up a new franchise.