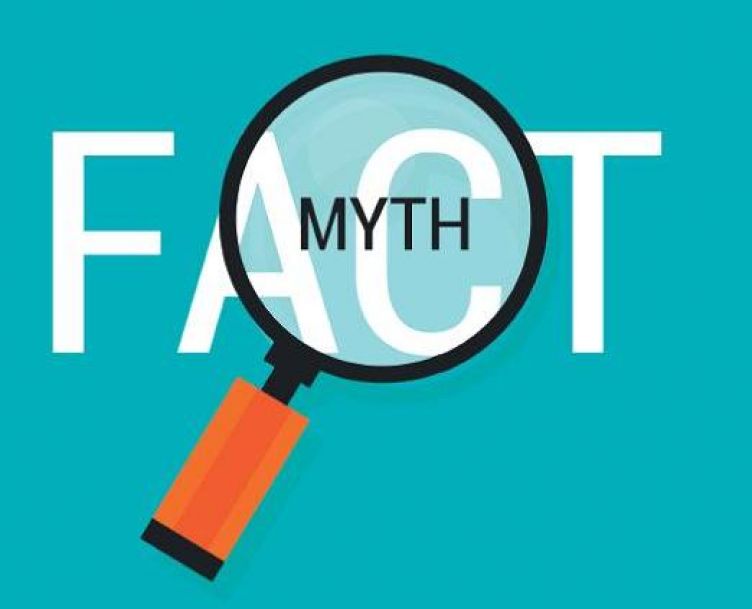 To replicate someone’s success, it’s important to know the truth behind how they achieved it

Every new franchisee begins their journey expecting to succeed. Many do and many don’t - even within the same brand. Knowing why that difference exists is important if you want to be among the best.

The problem is that many people think they know the difference. They guess, they assume and they perpetuate the common myths about top franchisees. Consequently, they fail to learn what it really takes to make it.

My job as a franchise speaker and coach has afforded me the opportunity to meet, interview and survey thousands of franchisees across a variety of brands.

I’ve met some of the best franchise owners out there and seen what they have in common. I’ve also spoken with their struggling counterparts and heard their beliefs about why some in their system perform better than others.

There’s a huge disparity between their perceptions and the truth. Here are a few common misconceptions:

For a business, the right location can certainly make a difference. Visibility, traffic and demographics are all important factors. As they say, fish where the fish are.

My first franchise was located between the affluent southern California communities of Beverly Hills and West Hollywood. We always ranked very high for sales and my fellow franchisees assumed it was because we were doing business with the rich and famous.

While average household income was high in my territory, the population density was quite low, as there are some pretty big houses there!

Most of our customers were commuters coming to the area for work. We were located on a street with lots of vehicular traffic, but not much foot traffic. Parking was scarce. And the rent was through the roof. I wouldn’t sign that lease today.

Our sales were actually because of great customer service - demonstrated by top online reviews - and our ability to sell. We also invested in a lot of marketing. Customers didn’t just appaer. We had to pull them in, serve them and sell them. We worked hard to give them a great experience to ensure they’d become repeat customers.

Anyone who believed that store did well simply because of where it was located failed to see the truth: that it was a series of practices they could replicate and get the same results.

Great locations may not be available in your area or may not be affordable. That’s okay. I’ve observed that the best franchisees more often have ‘good enough’ locations and then make them great with tight operations, smart advertising and fantastic customer service.

It’s common for struggling franchisees to give up on their losing locations and sell them cheap to top franchisees who turn them around and make them profitable. We did that with our second store. Every franchise brand has stories where this has happened. Location matters, but not as much as what the owner does with that location.

Successful franchisees put in the hours. They strategise. They sweat. So do other franchise owners. There are many people working just as hard, but with less to show for it. To suggest they’re lazy would be insulting and inaccurate.

It turns out that effort and energy aren’t the secret to success; they’re the prerequisite. Lots of franchisees are working hard, but not all of them are getting results.

The top franchisees I meet aren’t always working more hours as much as they’re working better hours. They know the difference between motion and progress.

In preparation for a recent franchise conference keynote, I interviewed several independent owners of the Mexican restaurant chain I was going to address.

I spoke with one franchisee who owns 58 locations. He has no more hours in the day than those with just one. With a focus on the right people, training and systems, he’s got a lot more to show for his working day. He’s not busier than other owners, just more productive.

Top franchisees live good lives. They go out, they travel and are in control of their time. They work hard, but they’re not slaves to their operation. Their business works for them - not the other way around.

Myth 3: Top franchisees have a lot of business experience

Running a franchise requires business acumen. You need to understand management and customer service. You need to be good at sales and marketing. You need to be financially literate. If you’ve run a business before, you’ve probably learned some of these things already, which can give you a head start.

But the way you do things in one business may not translate to another. Your franchisor has refined its system. It’s created a successful model and following it will lessen your risk. That’s one of the reasons to buy a franchise.

Many experienced business owners struggle to let go of what they know and fully embrace the system. They want to run things their way, exposing themselves to the very risk they paid to mitigate. They also have a hard time partnering with their franchisor.

They want the independence of business ownership but don’t always want the accountability and restrictions that are part of the franchise model.

Great franchisees stick to the system. They share ideas with their franchisor, but ultimately remain loyal to brand practices. They’re curious and open to new ways of doing things. What they know before buying the business is less important than what they’re willing to learn while running it.

To replicate someone’s success, it’s important to know the truth behind how they achieved it. Top franchisees aren’t remarkable. They’re just normal, hardworking people who run their businesses remarkably well.

When you look past the myths and see the reality behind their achievements, you see that there’s nothing mythical about franchise prosperity and the opportunities that await you.

Franchise expert Scott Greenberg is the author of The Wealthy Franchisee: Game-Changing Steps to Becoming a Thriving Franchise Superstar.