Entrepreneur to franchisor: how Jacqueline Rogers built a nationwide network 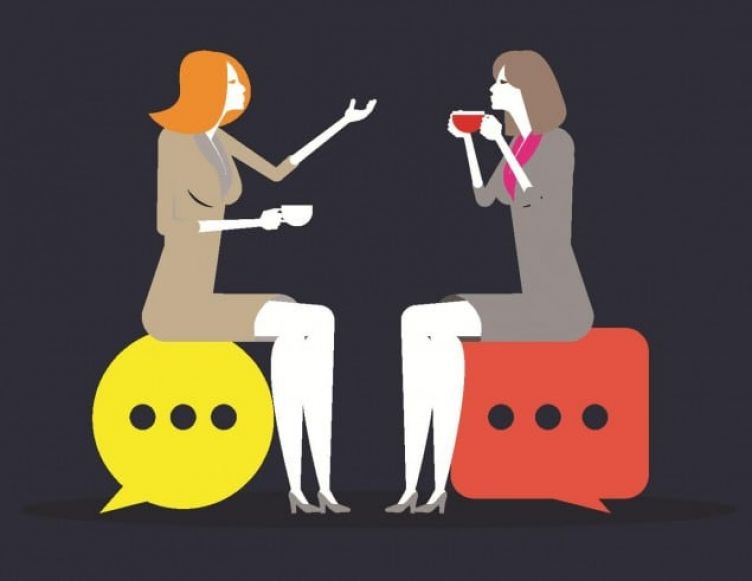 In 2003, I was gifted a book by business coach Judith Morgan. Called The e-Myth Revisited and written by Michael E Gerber, it has been the cornerstone of creating my franchise business. It’s a simple book and although at that time I didn’t have a business, I was inspired to create the business model I was planning as if it were a franchise, as suggested by Michael.

No matter what the size of the business, if you create it as if someone else was able to run it the foundations and structure would ensure it would be possible to expand by franchising should you choose to.

Business in a box

In 2003 I accepted voluntary redundancy from my corporate career. It meant I could launch my business.

Every process within my training and coaching business was documented and clear. How I consulted and recruited clients, advertised, the forms I would use in my practice, the training handbooks I used when I worked with teams, email templates and even how the phone was answered was documented in my operations manual. I had created my ‘business in a box’ model that, if I chose to, would enable someone else to run it.

Like many entrepreneurs, I launched my franchise business by accident. Frustrated at not being able to find a networking group, organisation or club I enjoyed, I made the decision to create my own. The first event attracted over 100 women and they were segmented into local groups. More women asked if groups would be launched in their local area, which was when I felt the huge benefit of the franchise model.

With every aspect of the business documented in the operations manual and not being able to host all the meetings myself, I was able to share the processes I’d created and recruit local businesswomen to follow the manual that I called The Athena Way and had prepared for running local meetings.

There were many adjustments during the creation period and I was influenced by the regional managers and feedback from the members.

Members knew it was a new concept and were supportive in co-creating the network prototype by providing suggestions.

Here’s what I learnt on the way to becoming a successful franchisor:

You must have a clear vision

Ensure you know what your business will look like when it’s created. For me, it was as easy as imagining a networking event that I would love to attend.

I considered all aspects of it, including how I was greeted and how supported as a member I would feel. I imagined the camaraderie and impact our network would have on the businesses of thousands of women, including conversations I would have with them about how being a member of our organisation could help them succeed.

When I had that vision in mind, I knew exactly what needed to be included in our operations manual. The Athena Network has been created as a result of my vision and whenever I speak to another successful franchisor it’s clear that they have done the same. They knew exactly what their business would look like when it was ‘done’.

Create at least one business model - we call ours a territory - and perfect it. Document everything in the prototype, even those tasks you think are simple. I’ve been caught out once too often by making an assumption that an instruction for a simple task would be remembered and it helps the business and your brand when everyone is doing the same thing.

Imagine that the business you currently own or are creating is the prototype model and that there will be hundreds more like it in the future. When you imagine that, it will be easier to create all the training and instructional material that’s required.

Replicate what you have created

Create your business as if you were going on a six-month holiday and one or more people would have to run it for you. What would they need to know?

In our case, we have a specific agenda for our meetings. I was clear at the beginning that every member attending one of our meetings would know what to expect because the format is exactly the same.

Early in the development of The Athena Network, I interviewed franchisees from several industries. The common denominator with them all was that they felt they had been poorly trained and ill-prepared. They also said that once they had purchased the franchise, they didn’t have much support from their franchisor when it came to business development.

We treat every question as if it was the first time we had heard it because for the franchisee it’s the first time they have had the problem. Technology has made our training easier and now we’ve included video instruction as well as text-based instruction, which means we’re able to support all learning styles

Aside from being short-sighted, as the success of a franchisee impacts the bottom line of the franchisor, not training and supporting them can lead to renegade franchisees choosing to take the model and create their own business. Which leads me onto my next tip.

Ensure your franchise agreement is watertight

There are standard templates for franchise agreements and working with a solicitor will ensure your agreement contains all the things you would be concerned about happening.

The first franchise agreement we had was turgid, to say the least. I handed it back to my solicitor and suggested that if I couldn’t understand it a franchisee definitely wouldn’t be able to. It’s important to make the prospect’s gateway to entry easy and if legalese puts them off immediately it can take a long time to come back from that, as they go back and forth trying to understand the terminology.

I met Roz Goldstein from Goldstein Legal when we launched The Athena Network in Windsor and after asking her to review our original franchise agreement she has been our franchise solicitor ever since. For us, it helps that she understands franchising and our business model.

Be prepared to adjust

Staying current and ensuring the business responds to the times has been critical for us.

An example would be that in 2004 social media was not considered as a marketing strategy and now all businesses use it. If we had chosen to stick with our original operations manual, our business would not have survived beyond 2008. I predicted that Twitter would never take off, so it’s been important for us to be open to all new opportunities to market. For a franchise to thrive, it’s important to review your vision, strategies. policies and processes regularly. Engage with franchisees and encourage their input into the development of the business. We have a quarterly development day with ours and I’m always inspired by them and their fresh input.

Franchising enables businesses to expand much more quickly than if they depended on the business owner alone. In my personal experience, working with franchisees has been the most rewarding part of my career to date.

Jacqueline Rogers is founder and CEO of The Athena Network