Is now the right time to start a business? 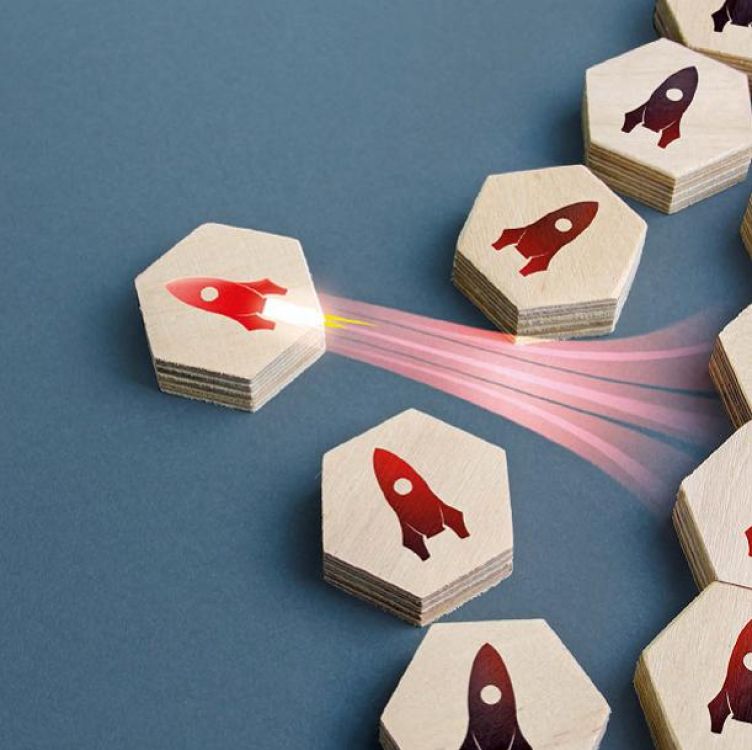 Are you crazy to buy a franchise under the looming cloud of recession? Not if you do your research, says franchising expert Richard Pakey

A recession is defined as negative economic growth for two consecutive quarters and could be the direction in which the UK is heading right now, although the Bank of England has not technically stated it as inevitable. However, high interest rates, inflation, and the snowballing cost of living are set to leave households and businesses feeling poorer, and spending is likely to fall, resulting in a contracting economy.

But what does this mean in the ‘real’ world and the impact on your daily life? And, how does this climate affect your ability to secure a franchise? Should you even be considering doing so?

Is franchising viable in a recession?

Maybe you are considering a franchise because you are living under the threat of redundancy and impending unemployment. This may well have happened to you before, and you just want to take back control - a very common catalyst for people to look into starting their own business. Franchising is particularly appealing to people starting out in business because it not only lends a helping hand in getting set up but also provides continued ongoing support. This is just one of the fundamentals in franchising: being in business for yourself, but not by yourself!

It’s true that franchising isn’t for everyone. After all, a franchised business follows a well-played out and proven system, exchanged for a sum of money - the franchise fee - and this might not be best suited to a truly entrepreneurial personality type. If you’re already used to creating and developing your own ways of working, you may get frustrated with having to secure a mutual agreement if you want to change anything about how the business runs.

However, when franchising is done correctly and the franchisee and franchisor are a good fit, it can certainly be a way to get both initial and ongoing traction in business. The support of a head office function provides stability, while you can still operate your business at a local level within the parameters of the franchise system.

Don’t be fooled into thinking that buying a franchise is the same as buying a job. Of course, there are many ups and downs to a franchise like any business - taxes to be paid, complications with staff, and troublesome customers - but it’s still your business and there are many rewards that come with it. Remember, too, you can’t ‘sell’ a job, but you can sell a franchise!

It’s fair to say, however, that some careful thought needs to go into choosing the right franchise in uncertain times.

Are all franchises safer business options?

First, you will need to think about the business sector you’ll be looking to represent as a franchisee. Do you believe that the franchise can survive any downturn? What does the franchisor have to say about it? Are you completely confident that your research is correct? Have you sought an expert option? If you are unsure, it is wise to do this thorough investigation first.

Next, think about whether you have the right amount of capital and ongoing cash flow to cover the true costs of running the franchise.

Having the upfront capital might well be just the tip of the iceberg. Can you keep the business well-funded should growth be slower than anticipated? If not, maybe the recession is not your real challenge here - funding the start-up business may be the bigger hurdle that lies ahead. But your dream needn’t come to an abrupt halt here. There are further options.

Is a loan the answer?

Always consider what would be in the best interests of the franchise, and you personally. Rising interest rates are making it harder to lock down affording new funding, and can act as a drag on profitability for the next few years, but there are still plenty of funding options available, including ones specific to franchising, as the government does want to get people out of employment and into self-employment.

You might gasp at the very thought of taking on a loan right now, and you definitely shouldn’t borrow if the repayments are not affordable. However, it could still be the best option to get the franchise purchased and provide sufficient cash flow so the family budget is not affected. In this case, this route could still be a viable option for you to explore.

How are franchises currently faring?

There’s some very great news here: the facts are that franchised businesses look very good in comparison to nonfranchised ones. For example, more than 90 per cent of franchised businesses report that they are profitable - now go and compare this to other business formats, and you’ll be encouraged to see that a franchise does perform, in general, much better than the whole of the market.

The franchise sector in the UK is still growing, but in fact, per capita, still occupies a tiny fraction of business in comparison to other developed counties like America and Australia, which have around five times more franchises than the UK. There are currently only around a total of 1,000 active franchise systems in the UK – 1,000 individual businesses that have diversified into offering a franchise entity to individuals just like you, with more accessible routes to business, including training and finance. One of these might lead to you embarking on a new life of fulfilling business ownership in 2023, so don’t let talk of recession stop you from making enquiries.

Buying a franchise? Here’s how to mitigate risk