ActionCOACH Can Help You Build a Successful Business 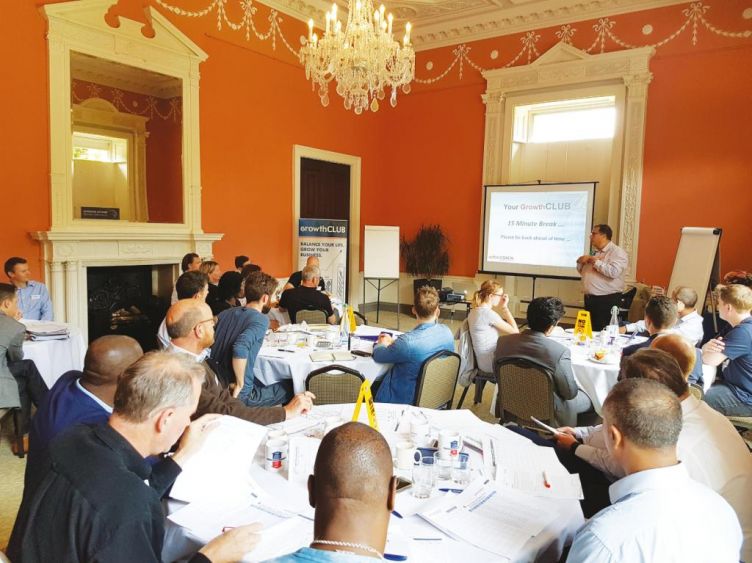 For Gary Keating, retirement blues turned to reignited passion when he discovered ActionCOACH

Former professional musician, Gary Keating, became self-employed straight from school. He built a chain of music shops in the South West, won Young Businessman of the Year and became a multi-millionaire at the age of 25. In just two years, he’d lost it all.

Gary explains: “I’d like to blame the loss on high interest rates and the likes of Dixons selling cheaper alternatives, but the truth is, it was more likely down to my complete lack of knowledge on how to run a business. I was a great salesman and musician, but not a business owner.”

In 2011, at 47 years old, Gary decided to retire, having made enough money and achieved a great deal. He had met his wife, Wendy, whilst she headed up his mortgage broking business in Hong Kong. They decided to return to the UK and settle back home near Bristol, spending holidays in their house in Thailand.

“I quickly realised I wasn’t any good at being retired,” Gary says. “I tried spending time back in Hong Kong checking in on my business interests, until a friend suggested I become a business consultant to fill my time.

“It was then I saw an advertisement for ActionCOACH in The Sunday Telegraph and, after some more research, their coaching system and values blew me away.

“I’ve endured and enjoyed a lifetime of good and bad in business. Sometimes I’ve worked almost 24 hours a day, seven days a week to make a business work. I could see with clarity that ActionCOACH would work for business owners, whether they were based in Hong Kong or Bristol.

“I attended a discovery day in April 2015, where ActionCOACH’s UK co-founder, Ian Christelow’s passion for the business was engaging but, more than anything else, I realised I didn’t know as much as I thought about running a business.

“My ego was damaged for a short time, until I went on initial training in Las Vegas, where it got a second hit. ActionCOACH University takes you back to the very first lessons in business ownership and is a shock to the system.

It was another necessary knock to my ego.

“Despite my experience at the discovery day, I was so arrogant I didn’t do all the prep work sent to me before the 10 days of initial training in Las Vegas. My advice would be to engage with everything they ask you to do, as you will get so much more out of it.

“Straight after training, I went to Thailand to escape the UK’s winter months with my family. I watched a few of Brad Sugars’ videos and he set the fire alight - I had even more inspiration.

“Once again, I realised how becoming an Action Coach could make a difference to Bristol, give me a purpose and create a legacy.”

Gary launched his ActionCOACH business in February 2016, starting as he meant to go on. He immediately opened an office with a coaching studio, hired a personal assistant and created an environment with the opportunity for growth.

“To get traction, you have to invest in marketing and work at it,” Gary says. “You have to be all in.

“Whilst my property portfolio provided my main income, I still set a goal to reach £10,000 in client income by month six and £20,000 by year one.

I harnessed my business connections and got my first three clients through referrals and identifying businesses I knew could be hugely improved by the ActionCOACH system.

“By following the system, in my first year the business grew to two members of staff, an employee coach concentrating on the Engage & Grow employee engagement programme and I began recruitment for another employee coach for ActionCOACH one-to-one coaching.

“I hit £30,000 of client income through building this team. Wendy was instrumental in my success.

She came into the business to run everything, allowing me to be free to be the coach and build relationships during networking events and our lead generation seminars.”

Gary works just four days a week and enjoys the halfway house between retirement and full-time employment he has created for himself. He still escapes the English winters by flying to Thailand, but continues his coaching via online video conferencing.

“The ActionCOACH system is brilliant,” Gary says. “I have a large family and we all spend plenty of time together, whether that is teaching piano, tinkering with tractors or joining me on my latest passion of farming sheep and pigs!

“I often think if I’d had an Action Coach, I would have been much better at getting perspective on myself and my first business would have had a very different ending. Instead, I waited to gain on-the-job knowledge, which meant, more often than not, learning from mistakes.

“My next goal is to reach £50,000 a month in client income with a team of four coaches.

“Becoming the go-to place in Bristol for business coaching is my aim that will, in turn, create prosperity in our community. With ActionCOACH in Bristol, business owners and their employees can prepare for a happy retirement, whatever that may hold.”