“ActionCOACH helped build our profit by 1,000%” 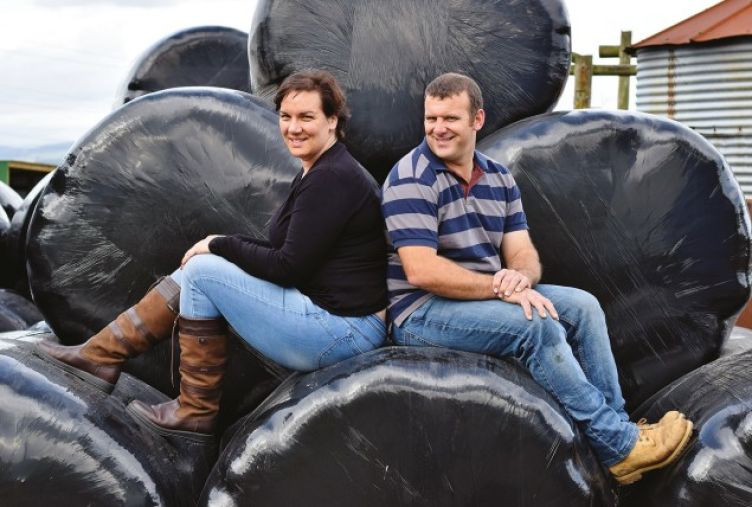 Although things were going well for Scotia Cabins, Brexit caused an unprecedented strain on Caroline Haxton and her cabin business. After relying on international suppliers and manufacturers for several years, it was a tricky hurdle that needed a solution. Luckily for Caroline, the answer had been at her fingertips the whole time.

“I was president of our local British Network International club, and that’s where I met Rupert Hine,” says Caroline. “He’s an Action Coach and a member of the group, so we’d had various encounters previously, but never in a formal way. Brexit had shaken both my husband Craig’s confidence and my own, so we needed some guidance on how to survive the blow.”

After spending years managing livestock crises such as BSE and foot and mouth disease, former vet-turned-business coach Rupert Hine has the tools to navigate any business challenge. In September 2018, Rupert launched his ActionCOACH business in Kinross, Scotland, and just over 12 months later, the time came for him to take charge once again as Brexit and the COVID-19 pandemic collided.

“In the beginning, Craig was a little cautious about investing in a business coach, but that was because he thought it was an indication of failure,” continues Caroline. “However, after some discussions between Rupert and ourselves, he understood the benefits and realised how this was going to help us not just survive, but thrive.”

After the initial apprehension, the pair decided to bring Rupert on board, investing in weekly coaching sessions beginning in January 2019. Rupert had already outlined the blueprint of how he could help within the business, identifying the missing links for growth, so it didn’t take long to get the wheels in motion.

“One of the very first tasks we completed with Rupert was forming and defining our goals. We had never even thought about what our long-term targets were, and we soon realised this would help create a clear route to the growth of the business. We really focused on what stage the business was in that exact moment, and where we imagined it six months and a year down the line.”

Once they established a route, the trio got to work on the steps needed to help them reach their destination. This included stripping everything back and working on a strategic and systematic plan of action.

“The cash flow was impacted massively due to the supply issues, as losing a sale of just a few cabins had a significant effect,” continues Caroline. “But Rupert flipped the very same notion on its head, showing us how we could increase sales. This was one of the best things about working with Rupert – he offered a fresh perspective on every single element.

“The next crucial step was about forming a stellar sales team to take this activity off my plate. Unless I worked every hour of the day, having me as the salesperson just wasn’t manageable. In August 2019, we recruited two new team members, purely to take this responsibility off my hands and allow me to focus on other important aspects required to grow even more. Rupert also coached the new team members personally to refine their roles and tasks against the systems and processes that would streamline their jobs.”

Caroline would be the first to admit that the first half of 2019 was a struggle for Scotia Cabins, but the future soon started to look a lot brighter.

“I think it’s common for business owners to be hesitant in letting go of some of their tasks in fear that it will have a catastrophic result, but, in reality, it’s never that drastic. I came round to a new managerial way of thinking in creating a team to continue to deliver the same level of results. This shift in mindset was crucial for facing the future.

“We also started to believe in our abilities, and that was the moment we saw an improvement in our results. At the end of 2019, we were not only grateful to have made it through a tough year but entered the following year with grand plans. With 34 different cabin designs (up from the original four we provided before we began business coaching), we saw an opportunity and ran with it.”

In their five-year history, 2020 was the best trading year to date for Scotia Cabins.

“Sales increased by 240 per cent and revenue by 233 per cent. We had anticipated an influx of orders, but there was no way we could’ve predicted how many. Compared to the year before, our net profit increased by 1,000 per cent,” reports Caroline. “It’s amazing to see this transformation, which was in complete contrast to 12 months prior when we were facing one of the biggest economic challenges in over a decade. Rupert was influential in helping to manage the demand and create a systemised approach to fulfilling orders.

“As well as the great performance, I’ve been able to reduce my hours and focus on other aspects within the business. I now control my schedule and can rely on my trusted team to keep things operating when I’m not there. It also means Craig and I have more time to spend with our two children, Isla and Fraser.

“The business has undergone a complete overhaul, as well as our whole lives. Rupert has been a crucial part of Scotia Cabins for two very difficult years, and not only has he helped us grow but he’s also been a rock for us physically and emotionally.”

Rupert explains why he gets such satisfaction from working with clients like Scotia Cabins, even at such challenging times: “I felt quite at home during the pandemic. My unique experience in dealing with disease outbreaks as a vet meant I understood the decisions the government had to make. It meant I could keep my clients grounded and coach them to make the pivots needed to survive a fast-changing business environment. I continued to coach virtually during this period, offering gifted sessions to business owners – it is incredibly fulfilling to make a difference to the local community.

“Scotia Cabins’ results have shown tremendous growth, and I’m proud to be beside them as they pave their way to further success. They’re ideal clients – open to ideas and receptive to any advice I’ve got to give. I couldn’t ask for more.”

If, like Rupert, you would like to make a difference in your business community and you’re the kind of person who loves learning and helping people, enjoyed success in your career, business or sport, and willing to invest if you see substantial returns can be made, find out more by visiting actioncoach.co.uk/franchise.