How this coach turned business failure into a success 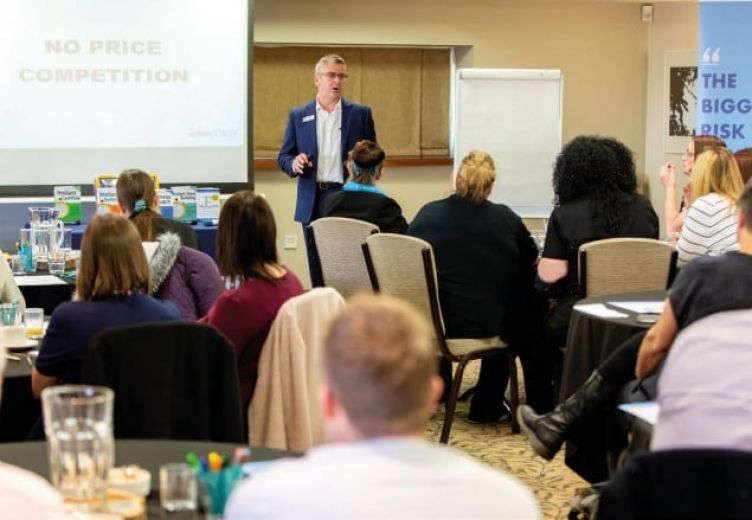 Rod Fuller experienced first-hand how a lack of key skills can cause a business to collapse. After he was left without a job when his employer’s business failed, he decided to put his energy into helping other business owners avoid the same fate. Just one year on, his ActionCOACH franchise is creating business growth in his community, as well as an excellent income for his family.

Rod has worked with businesses at both ends of the spectrum. In 2010, he proved instrumental in supporting an engineering company, taking it from the fear of running out of cash in 13 weeks to a success.

In August 2017, Rod witnessed the opposite end. He helped two people launch their business in the housing industry. Although it helped him to hone his skills, Rod was left in a sticky situation when the company went into liquidation. Due to the directors not maintaining a level of communication and clarity, the business started to break down. It was a learning curve for Rod, but it didn’t discourage him from moving onto the next challenge.

He explains: “My brother-in-law, Jeff Gosling, is an Action Coach and we’d had many conversations about the impact ActionCOACH has had on his life. I liked the proven model that would allow me to implement significant change for the good in my local community.”

Rod and his wife, Gail, attended a discovery day to ensure ActionCOACH ticked all the boxes before he started conducting his due diligence. The pair took a break to New Zealand in November to mull things over. Rod turned to Gail, while on a beach, and said: “We’re going to do this!”

Arriving home, Rod was awarded his franchise just before Christmas of 2018. With the well earned break complete, Rod went to ActionCOACH University at the end of January.

“I loved the training,” he says. “It was intense and I was taken out of my comfort zone during a great learning experience. I built a strong camaraderie with other franchise partners, who I’m still in contact with today.

“What’s invaluable is that it’s not just about how to coach, it makes you think about your role and what you’re going to be doing day-today. It was just as powerful from a personal development point of view, as it was for the coaching aspect.”

Raring to go, Rod officially launched ActionCOACH Mansfield in March 2019. Although the training provided a thorough scope of the business, he knew he still had a lot of work to do to get the business off the ground.

“I invested in a territory that was an entirely new area of the country to me,” Rod says. “I knew that I would have to spend a fair amount of time establishing a base and getting to know the people around me. I didn’t have a circle of influence that I could call upon for easy enquiries, so I had to go out and make connections with local businesses - discovering the major players and what makes them tick.

“I also thought about the months that would follow, including where the best place would be to hold a seminar. I had to consider all aspects to make sure I was making the best choices to begin with. That planning paid off, as I signed my first client quite quickly. And then I was eager to help more clients.”

From the moment he signed his first client, he was focused on creating meaningful contacts and getting to the heart of the local business community. In June, he signed four clients, which signified a turning point in his business.

Taking things to the next level

“In August, I brought in two Business Development Managers to work alongside me and Gail,” Rod says. “They have become a crucial part of the team, helping to maintain client relationships and deal with enquiries while I focus on the coaching. I’ve already achieved over £10,000 per month client income.”

Rod currently works with 13 clients - ranging from small and mediumsized enterprises to multi-million pound businesses. He has recently branched out to include various coaching options for his clients and puts his success down to being able to offer something to everyone.

“It doesn’t matter who I talk with, there is something I can offer,” Rod says. “No matter what stage they’re at on their business journey or whether the owners are ready to commit, there is a range of programmes I can provide to help. I have a dedicated session to discuss business plans, a monthly book club, mentor programmes and much more. I even bundle options together to provide clients with a personalised service that works just for them.”

A year after he launched, Rod has established the foundations that will support him for future growth. Investing in a Senior Partner licence gives Rod exclusive access to work with 10,000 businesses in his territory, but to provide that much support he now needs to grow his team.

“In the next nine months, I want to have an employee coach,” he says. “Now I’ve got to grips with my business and created inroads with the business community, it’s important I’m expanding our services and showing we can be there for every business owner in Mansfield who wants our help. We’ve just completed an office move, which will help us to prepare for a larger team and client base.”

Becoming an Action Coach hasn’t just improved Rod’s professional life, it has worked wonders for his personal life too. When he and his wife aren’t in the office, they enjoy their favourite pastimes.

“Gail has a horse and, because she loves that so much, I’m currently learning to horse ride,” Rod says. “It’s one of my personal goals to get to a point where we can both go riding out together.

“I’m also a season ticket holder for Leicester Tigers’ rugby club, which takes up a fair amount of my time. ActionCOACH has given me the freedom and flexibility to do the things I love the most - something that was certainly missing in my old corporate life.”

If you want to build a business that creates a significant impact and you’re the kind of person who:
A. Loves learning and helping people;
B. Has enjoyed success in your career or sport; and
C. Is willing to invest if they see substantial returns can be made…
Then find out more by watching the overview video at actioncoach.co.uk/ overview