Close
Did you know?
Barking Mad has outlets available across the UK 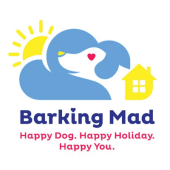 In 1999, marketing consultant Lee Dancy became the owner of a Dalmatian puppy called Bronte, and it was while trying to find something other than a boarding kennel for the newcomer — she had booked a family trip to America for the millennium — that she realised there was a demand for an alternative to the traditional pet care and dog sitting model.

Returning from America she put an advert in her local newsagents in Kirkby Lonsdale, Cumbria, seeking out host families who would look after people’s dogs while they were away and the response was so good that she launched Barking Mad in May 2000. Within a year she was looking to expand nationally.

“It took 18 months to get the business ready to launch, and I haven’t had a chance to look back since,” says Lee about her choice to go down the franchise route. “I put our success down to the strength of our brand, the simplicity of the business model and our determination to become synonymous with professional pet care.”

How many franchisees does Barking Mad have?

One of the pioneers of professional dog sitting, since taking on its first franchisees in 2002, Barking Mad now has 80 franchisees. It has arranged more than 100,000 dog-sitting holidays for dogs.

Barking Mad Ltd. was purchased by multi-brand international franchisor, Franchise Brands plc., in 2016. It is ISO 9001-accredited and a full member of the British Franchise Association.

The company has won multiple awards, including Winner of the BFA HSBC Franchisor of the Year 2013 for Franchisee Support; winner at the Amazon Growing Business Awards 2016, and the BFA HSBC Best Franchise Awards 2018 for Continuous Improvement. A number of individual franchisees have also won awards.

How do you open a Barking Mad franchise in the UK?

Barking Mad offers home boarding as an alternative to kennelling a family pet, and the chief asset of franchisees will be their passion for dogs and excellent customer service. Dogs will be given one-to-one care with an experienced dog-loving family.

Franchise owners can expect to be out and about, making connections with new customers, and finding and recruiting local hosts to offer dogs a loving home environment while their owners are on holiday or away on business. Many hosts are retired and enjoy taking in dogs where taking on a full-time pet would be impractical; hosts also include families who want to introduce children to the experience of owning a dog, and even people who already own a dog but enjoy welcoming the occasional companion for their pet.

An average day will vary for franchisees: some days are spent in the office at home, while other days involve driving to deliver or collect dogs, meet local contacts such as vets, dog walkers and dog groomers and networking with potential new clients at coffee mornings, afternoon teas and shopping centre promotions. They will also meet up with hosts to chat about dogs they have cared for and even organising lunches and group walks.

What is the cost of a Barking Mad franchise?

Typical start-up cost for the business is £15,000 and profitable greenfield and resales are available.

How does Barking Mad support and train its franchisees?

After a period of initial training, Barking Mad will guide you through the first six months working closely with the franchisee in the field and remotely. “We don’t expect you to be an expert in every area and there will almost certainly be at least one part of the business you’ll need more assistance with, such as sales and marketing, accounts or IT,” say Barking Mad. “Don’t worry — help is always on hand.”

Barking Mad’s support team of specialists in various areas of the business has grown over the years and is currently 11-strong, who work full and part-time. Support isn’t restricted to the initial launch, either. Support is offered for the duration of the franchise term, and Barking Mad says it has a robust franchise development template, designed to help franchisees increase turnover during all stages of their business. There is a regular, free ‘Supporting Success’ training workshop at the Barking Mad HQ for franchisee employees and the Barking Mad national conference each year includes rewarding successful franchises at the Bronte Awards.

Did you know?
Barking Mad has outlets available across the UK

What is Professional Mobile Dog Grooming?

After receiving requests for a professional and reliable dog grooming service, Barking Mad launched its own dog grooming and dog washing operation in October 2013 using state-of-the-art mobile salons equipped with an electric grooming table, a clipper vac (a one-unit device ideal for groomers which clips and vacuums) and dryer - and dog cologne.

The dog grooming service will require franchisees to have a City & Guilds level 3 training, which Barking Mad can offer as part of the franchise package for a fee of £11,950; this fee drops to £9,450 for those already qualified.

Barking Mad took on its first franchisee in 2014. “The existing Barking Mad dog care network will complement our grooming franchises well as we will have similar customers, many of whom will know and trust the Barking Mad brand,” comments Lee Dancy.

What connects Barking Mad with the #waitingforHobbes hashtag?

During May 2017, a mysterious hashtag with images of curious dogs began circulating. The hashtag #waitingforHobbes was, in fact, part of an advertising push by Barking Mad to raise awareness of the brand, which propelled a Cockerpoo named Hobbes to hero status (#dogheroHobbes) in his battle against doglessness.

Hobbes was eventually revealed as the star of Barking Mad’s first TV advertising campaign created by the Universal McCann agency.

What is the most satisfying thing about taking on a Barking Mad franchise?

According to Barking Mad founder Lee Dancy, “I am continually rewarded by how many lives have changed positively as a result of Barking Mad, including those of our customers, their dogs and our totally dedicated and wonderful host families. We’ve seen lives change beyond all recognition for those who’ve joined our business to become Barking Mad Franchise Owners. The support team at our Head Office has grown beyond all recognition and we were delighted to become part of the Franchise Brands group plc in 2016 which is taking Barking Mad to bigger and better places.

“I remain passionate about dogs experiencing and enjoying a relaxing, fun and memorable holiday whilst away from home. Although our ‘behind the scenes technology, support and systems’ have all moved with the times, the core principals of the business remain the same.”

Mintel has reported that Britons spend £10bn a year on their dogs, and £8bn a year on their cats, and over half of pet owners would rather cut back on spending money on themselves rather than the money they spent on their pets. The insights organisation estimates that Brits will spend £2.1bn on pet care products and services by 2023, a 25 per cent increase over the estimated £1.8bn spent in 2018.

With much of the Barking Mad business aimed at hosting pets during holidays, upcoming changes in the free movement of pets in the European Union is likely to increase calls for hosting services. The PETS scheme was introduced by a number of EU countries in February 2000 which allowed the free movement of pets between member countries; a new style ‘pets passport’ was introduced in 2014. Almost 400,000 pet passports were issued in 2015-17, but this is likely to fall as free movement rules between the UK and the EU are likely to change after 29th March, 2019.

How can I get started on setting up my own dog sitting business?

The early stages of becoming a Barking Mad franchisee will involve an initial period of training. To find out more, or to request further information on franchising with Barking Mad, click on the ‘Send Enquiry’ button now.

Send a free enquiry to Barking Mad for further information!