“I loved the service so much, I became a franchisee!” 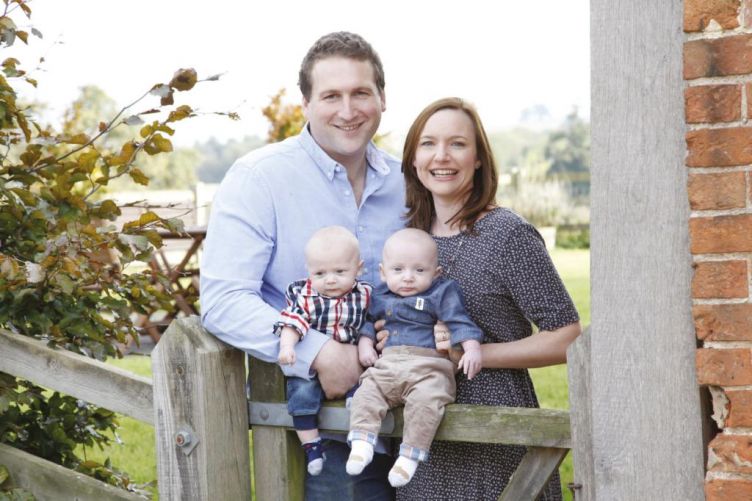 When Matt Ewer needed help to exit his Premier Sport franchise, he hired ActionCOACH. Not only was he impressed by the service, but he loved it so much, he decided to buy the franchise!

“In 2008, I joined the family business in Rugby to project manage building renovations,” Matt says. “During that time, I worked with our local cricket club, bringing in funding and developing it for the future.

“I was so passionate about sport and getting more children involved in sporting activities, I decided to go it alone and start a Premier Sport franchise in January 2014.”

Matt was a perfect fit for his new business and won an award for best new franchisee, but just one year passed and he realised it wasn’t the challenge he had been looking for. It was then his wife, Louise, told him he should look into becoming a business growth specialist.

“Louise recognised my skills in building relationships and growing businesses and I began to research business coaching, what it entailed and where I could start,” Matt says.

“I decided that to make a serious transition from my current business to becoming an Action Coach, I needed to remove myself from the day-to-day management of my Premier Sport franchise.

From October 2014 to April 2015, Matt and Mark worked together to build a management team and in the process the business became a valuable entity. Matt had now reached the point where he was happy to move his focus on to becoming an Action Coach himself and he flew out to Las Vegas to begin his initial training.

“You are completely immersed in the ActionCOACH culture during the training - I loved it,” Matt says. “Having been coached and as a business owner, I could see how much of the learnings could be applied. I had been looking for a new challenge and I was more motivated than ever. I moved to a mentality of soaking up as much learning as I could.

“When you start an ActionCOACH franchise, you are given a Master Coach until you reach a good level of income. Mark Jennings is a franchise owner, but also a Master Coach with the UK support team of over 60 people, and I kept that relationship going.

“I launched my ActionCOACH franchise in May 2015 and quickly moved to serviced offices as I secured three clients in the first two months through business networking events with BNI.

“My Premier Sport franchise was doing so well, I was able to invest heavily in marketing for my new business and I developed a strategy to take on a dedicated marketing manager and run regular events.”

Matt’s strategy worked, but not exactly as he intended. His goal was to have five businesses at each monthly PlanningCLUB and convert two clients from each. He didn’t always get five clients to join the event every month, but his conversion rate was much better that the 40 per cent he had envisaged.

In fact, PlanningCLUB delegates have loved the ProfitPLUS five-year business plan product so much, over 80 per cent have hired Matt to work with them on an ongoing basis, as an Action Coach, to help them implement their plans. Matt has loved the ProfitPLUS products so much, he’s bought that franchise too.

A growing business and family

“It wasn’t just my business that was growing, my family was too,” Matt says. “In June 2016, my wife gave birth to twin boys, Ralph and William. The importance of creating a business that would allow more flexibility for worklife balance increased by 200 per cent that day.

“The rewards aren’t solely financial. I get a real boost every time one of my clients makes progress. Trinity Accountants increased their turnover by 125 per cent in the first 12 months of coaching, with a 400 per cent upturn in profits. By switching to working on rather than in her business, Samantha Rollins is now planning to get her firm into the top 100 accountants in the next five years.

“I have my own goals for the future, which includes growing my business in to a firm of multiple coaches that works without me and hits a turnover of £2 million by our fifth year. I know my business is about to explode - in a good way!”

Matt continues his love of sport and enjoys the events ActionCOACH manages as part of over 70 days of support a year to the network.

“Going into business can be lonely, but we have a community I expect many other franchises would envy,” he says “The support given as part of my Premier Sport franchise was good, but ActionCOACH’s is extraordinary. I’ve played cricket at Lord’s, taken part in MasterCLASSES and the culture I first read about during my research has proven to be exactly what I expected and more.

“I’ve been able to access PR support to promote a project with Rugby First, which has now expanded into the wider borough to reach more businesses.

“I’ve also chosen to support a charity in my local area and hope to widen their impact through business coaching. Trialling ActionCOACH was the best thing I’ve ever done in my working life and it’s making a difference to the lives of people in my community too.”