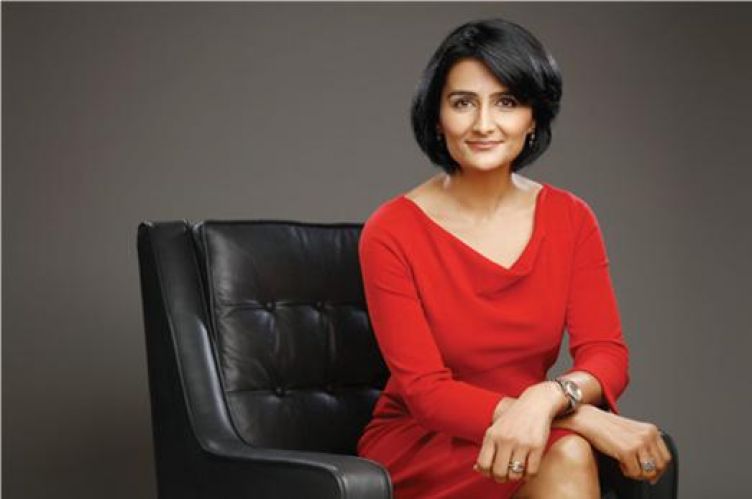 ActionCOACH franchise partner Shweta Jhajharia is using her expertise and inspiration to help transform the fortunes of hundreds of businesses. Trevor Johnson reports

Her father was a PhD and boss of one of the world’s leading metal producers. She was Unilever’s global marketing knowledge manager, who took the plunge to move to another country and start a business that now earns over £1 million a year.

So when it comes to achieving business success, Shweta Jhajharia knows what she’s talking about.

Now Shweta is using the ActionCOACH methodology to help transform the fortunes of hundreds of businesses.

The wonder woman of the franchise world, Shweta combines being a top business coach and multi award winner with being a wife and mother, best-selling author, sought after speaker and one of the most inspiring women in business.

Her ActionCOACH results speak for themselves: not only do her clients average a 48 per cent improvement in profi t, but they invariably achieve consistently high growth through ActionCOACH’s strategies and systems.

“Just as important is helping them realise their personal potential through our coaching strategies,” Shweta says.

“My motto is ‘Goals are dreams with deadlines’, which is something I live by in both my business and personal life. Hard work and trust in your abilities can make an enormous diff erence, not just on the balance sheet, but in helping realise those dreams.”

For proof that it works, you only need to look at Shweta. She has successfully coached thousands of clients, ranging from small businesses to giants with a £50 million turnover, has been Global Coach of the Year two years running, won the ActionCOACH London Coach of the Year award every year since 2009 and has a shelf full of prestigious international accolades to confi rm her status as one of the world’s most successful business coaches.

The only child of Indian parents with a very strong work ethic, Shweta told us she was brought up to believe that: “Everything is possible with discipline and hard work.”

After graduating with an MBA from the Indian Institute of Management, she joined Unilever, working in Asia and Europe, rising to global marketing knowledge manager and seemed set for a lifetime in corporate management.

It wasn’t to be. Her banker husband was suddenly transferred to London and after eight years at Unilever, at 29 with a young son, Shweta found herself in an unfamiliar new environment halfway across the world.

“I loved London and found it very exciting,” she says. “I wanted to get involved in business and was looking at different corporate roles when ActionCOACH asked if I would be interested in joining them.

“I was new to the UK, with no experience of working with small and medium-size enterprises and had not planned on starting my own business, but I liked the fact ActionCOACH was a tried and tested model and that I would be able to work flexible hours, leaving more time for my husband and twoyear- old son.”

Shweta’s boundless energy and enthusiasm never fails to impress her clients, as she identifies the problems that are holding them back, puts systems in place and delivers strategies that can put businesses on the path to healthy profit.

As a business coach, Shweta often finds some of her older clients are the best to work with. She says they’re aware of when to push themselves and when to ask for help. They are keenly aware of their strengths and know that bringing in an outside expert will help push the business to the next level.

“My own business model is inextricably linked to the success of my clients,” Shweta says. “My greatest happiness from my business success has been to see my clients grow phenomenally.”

Not surprisingly, they’re pretty happy too. A typical reaction came from Mark Law, founder and director of drumming supplier Drumshack, who said: “My coach easily paid for herself - the huge increase in profitability has been fantastic.

“She has added structure to our business and improved team systems and marketing development. There’s no question in my mind that our Action Coach has improved not just our financial performance and focus of the business, but also the performance and drive of my team.”

Started in 1993 by Australian multimillionaire entrepreneur Brad Sugars, ActionCOACH now has over 1,000 offices in 75 countries and more than 170 in the UK, from ex-beekeepers to army officers. But, ActionCOACH UK Co-Founder, Ian Christelow, says all of the company’s coaches have one thing in common: “The love of learning and helping people to succeed.”

It reports that top performing franchise partners are achieving turnovers of more than £40,000 a month with 70 per cent net operating profits. There are three entry levels: Action Primary, costing £27,000, Action Practice at £39,000 and Action Premium, costing £59,000, plus bolt-on business opportunities available for the last two.

ActionCOACH has a target market of over a million UK companies, which would provide business for 3,600 coaches, so there’s plenty of room for expansion.

Despite a fast growing business, Shweta still finds time to get involved in community projects, including Indian education-based charities and free and subsidised business coaching for those on low incomes.

“I love that what I do gives me the chance to work with amazing people, makes both their business and personal lives happier and gives them a chance to reach the goals they aspired to when they started their businesses,” she says.

Now at the top of her profession, Shweta doesn’t forget her own difficult times in the early days of the franchise and the knock-backs she suffered when building her first ActionCOACH client base.

One she’s not likely to forget was in 2008 when her fifth business prospect walked out of a coaching session, saying that Shweta was wasting his time and he would come back when she knew what she was talking about.

He must be glad he had second thoughts. Now turning over more than £18 million, the business is over three times the size it was back on that day in 2008.