“In the last two years, ActionCOACH has completely revolutionised my business” 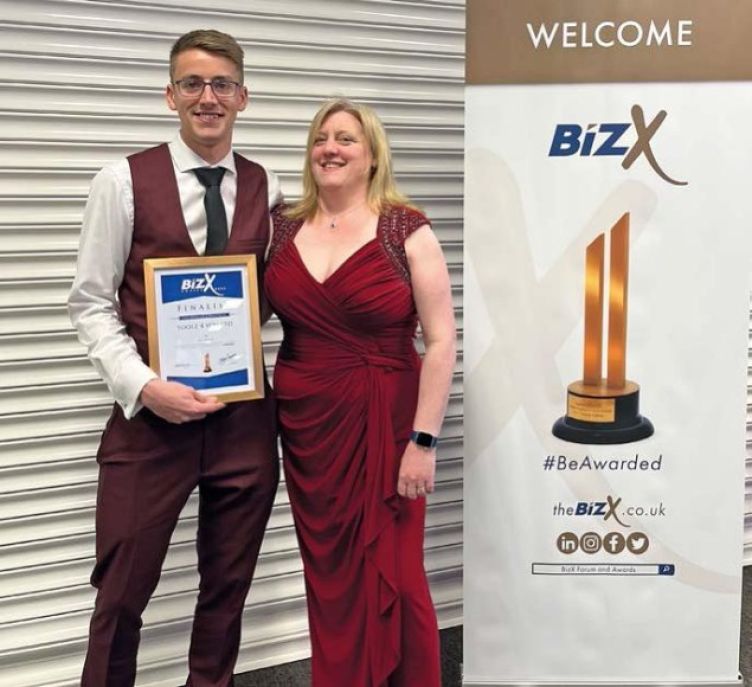 Business didn’t really take off for Ben Richardson until he recruited the help of ActionCOACH, a partnership which has doubled his turnover and enabled him to pursue his life dreams

Ben Richardson’s entrepreneurial spirit meant that starting his own business always seemed like the natural path. He launched Toolz 4 You in 2010 – a high-quality, second-hand tools supplier, with impressive growth coming in the years following.

But eight years later, Ben still felt his operation wasn’t running like a proper business – he couldn’t see any way for himself to be able to take any time out from his long working hours. After making a call to ActionCOACH, who immediately recognised Ben’s problems, he finally had the perfect tool to help him revolutionise his business.

“I was planning on going to university, but I’d found success in repairing tools and selling them on,” explains Ben, on why he set up Toolz 4 You. “I made the tough decision to hold off on higher education, putting my all into my refurbished tools business instead.

“We’d done well in our eight years of trading, but I was still nowhere near feeling like we were an established business. Everything seemed a bit disjointed and I was just scraping by and working ridiculously long days. I couldn’t see a time when I’d ever be able to have a day off.

“When I took the call from my local Action Coach in 2019, we spoke only briefly about my business, but all their assumptions about Toolz 4 You and my feelings towards it were so accurate. They suggested we started with a free coaching session. Based on what they had been able to work out in just five minutes, I was keen to proceed and agreed.”

“I joined ActionCLUB, a fortnightly group coaching session, and it had an instant impact on the way I did things. It got me thinking about what my goals were, as well as some effective methods for budget setting. We started looking at different formulas for getting the results I wanted. I was learning so much, it made me want to tap into my Action Coach’s knowledge as much as I could.”

Ben was craving the chance to get some more personalised time with his local Action Coach, having seen the initial impact of his group coaching sessions, so decided to commit to one-on-one coaching.

“At this point, I was working full time and employing two part-time engineers, Eddie and Martin. We were turning over around £200,000 a year, but with a wedding and a house to pay for, as well as all the business expenditure, I was very much living on the edge.

“Straight away, my Action Coach helped me create a cash flow forecast, which simplified my finances and gave me greater control in knowing what money I could and couldn’t spend. We also set about forming a comprehensive plan to allow me time out of the business, which at that point felt like a faraway dream.”

It wasn’t long into Ben’s coaching before the COVID-19 pandemic struck, upending countless businesses across the country, and acting as a giant spanner in the works for Ben’s. ActionCOACH helped Ben initiate crisis prevention mode, setting up weekly Zoom meetings to identify and negotiate the various pitfalls that were plaguing him, along with so many other business owners.

“My Action Coach was amazing – without their support, I would have strongly considered turning around and packing it all in, but they were such a calming influence and would always offer considered and productive advice.

“In the last two years, ActionCOACH has completely revolutionised my business. Their help in restructuring has grown my team from two to seven people, and we’re now located in a brand-new industrial unit that we’ve kitted out. We’ve grown quickly over the last couple of years, and now we’re on the verge of completely exploding – it’s really exciting for everyone.

“They also referred me to a Local Enterprise Partnership, which has helped facilitate our growth. We, in turn, have given back to them. Without ActionCOACH though, I wouldn’t even have thought about entering these types of partnerships.

“In the financial year before my local Action Coach came on board, our turnover was £220,000. Now, in our third year together, the predicted turnover has doubled to £450,000. Thanks to ActionCOACH, we also have a number of well-defined processes – everyone’s roles are clearly separated, making operations a lot slicker.”

“The best bit is that my old 65-hour working weeks have long gone, and when I do need to take some time for a holiday, it’s no longer an issue. The goals I set with ActionCOACH at the very start were so ambitious I was reluctant to believe I could achieve them, but we’ve already accomplished so much together. Suddenly my dreams are becoming true. My working hours are way down, everything is running more efficiently, we’re making more money and, crucially, my business can run without me.

“We’re eventually looking to branch out to new locations, including Australia, as it fits our business model perfectly. It’s fully coincidental that it’s somewhere my wife, Amy, and I have always wanted to live. The future is looking bright, and it’s great knowing ActionCOACH is by my side. They care about results and their knowledge, experience and connections are all incredible. It still staggers me when I think about how much they’ve helped us to achieve.”

“When I first met Ben, he was hardworking, logical and knew what he wanted – he just needed education and support on how to master running a business. Together, we’ve been able to make his hard work more productive and beneficial to everyone - himself, his clients, and his employees.”

Launching her business coaching franchise in Wakefield, Jenni Morgan has been a franchise partner with ActionCOACH since 2018. Since becoming an Action Coach, Jenni has helped local businesses to thrive - expanding their client base and increasing their profitability. Jenni is proud to have made ActionCOACH Wakefield a driving force behind business development in the area.

If you’d like to make a difference in your business community like Jenni, and you’re the kind of person who:

A) loves learning and helping people;
B) has enjoyed success in your career, business or a sport; and
C) is willing to invest if you see substantial returns can be made