Sean Purcell demonstrates the power of coaching with ActionCOACH 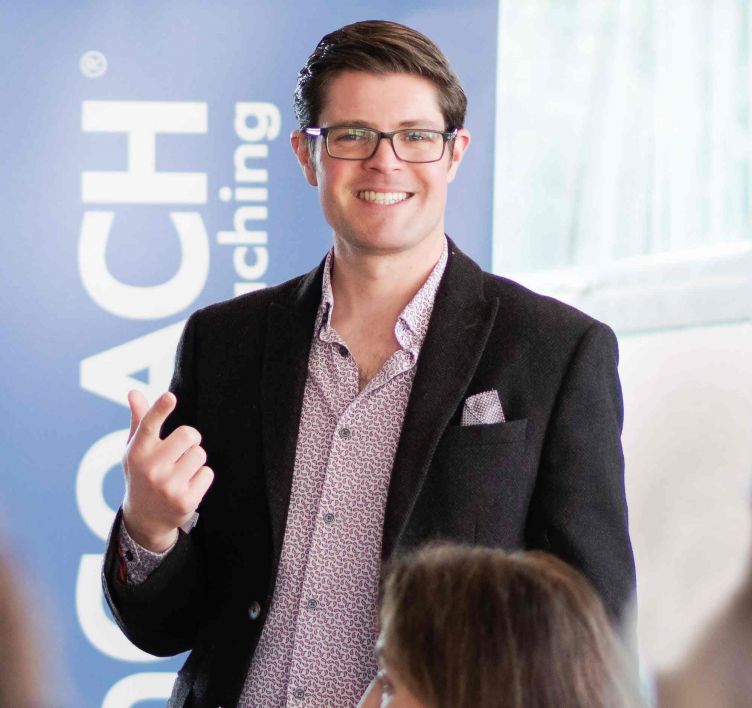 Before investing in an ActionCOACH franchise in 2017, Sean Purcell was sitting on an executive board at a company turning over £75million. But it was always his dream to help owners of smaller businesses, having experienced the trials and tribulations of business ownership himself at the tender age of 24.

“I took charge of a family restaurant when I was younger. With only a really basic understanding of running a business, I had to learn everything myself. If I wanted to find something out or learn something new, I had to do it on my own – I didn’t have anyone there to help me. That’s where my passion for business coaching stems from - I wanted to provide that support mechanism for others.”

The appeal of coaching

“The birth of my first son left me completely re-evaluating my life, thinking about both mine and my family’s future. This was my opportunity.”

Sean’s process to discovering ActionCOACH was relatively organic. A simple Google search for ‘business coaching’ was enough to spark his interest and send him on to a meeting with ActionCOACH UK Co-founder, Ian Christelow – at which point they both realised Sean was a great fit for the franchise.

“I wanted to work with a proven model, as doing it on my own from scratch was going to take too long. There are thousands of people these days calling themselves business coaches, but meeting with ActionCOACH made me see that the strength of the franchise would help me stand out from the crowd.”

Sean’s next step was to go through due diligence. He spoke to many other Action Coaches, went to an event to see the franchise in action and prepared himself for the hard work ahead. In November 2017, Sean was ready to attend ActionCOACH University.

Getting fit for business

“It was an incredible week. I already had experience as a business coach, so it was the ActionCOACH systems I had to get to grips with. I was blown away by the sheer support of the franchise and the model, so to say I was very eager to get going would’ve been an understatement. The whole team was friendly and helpful and we were fully prepped to start trading as soon as our training week was completed. I felt confident I had the backing of a reliable support team.”

Fresh out of ActionCOACH University, Sean was raring to go. He had decided on the focus of his coaching: millennials. Sean wanted to give young people the opportunity he never had, helping them to achieve the high-growth business they had initially set out to achieve.

“Throughout my whole career, I never had anybody who understood what it’s like to grow up in this generation - that’s why I wanted to become a champion for budding entrepreneurs. They need someone who has been there, and who has learnt from both their successes and mistakes!

“Most of my clients have created a business by accident, grown it to a point where they employ a few people and then are unsure about where to take it next. That’s when I step in. I’m currently engaging with 250+ businesses a year and I hope to double that number by 2020.”

Taking things to a new level

In late 2018, ActionCOACH introduced a new Senior Partner licence where existing and prospective franchise partners could apply to operate within an exclusive territory containing 10,000 businesses. It also means they can start employing coaches to build a firm. Sean decided to invest in the new licence in March 2019.

“Business was very good in my first year, but I wanted to step it up a notch. To become a fullyencompassing firm, I would need to have more coaches by my side with skills I don’t necessarily possess – the new licence allows me to do exactly that. We’ll be able to reach a much wider audience.

“I’ve currently got 25 clients on the books. With all of the business coming in, I’m taking on a Business Development Manager to help with the operations in the office, and I plan to have my first employee coach in the team by the end of 2020. The next year will be a busy one!”

He won’t just be busy with work. When he’s not training for marathons, Sean spends time with his family. He fits coaching around his family life and that’s had an influence on his sessions too - his coaching has a positive impact on the work-life balance of his clients.

Rik Cridland from HayPigs!, a guinea pig accessories company says, “One of the most powerful statements from ActionCOACH is the concept of working ON the business and not IN it. When I first started out, I used to sit on my living room floor with my wife, individually packing products. Working with Sean made me see that investing in a fulfilment warehouse would be more beneficial – I could focus on managing the business, as well as being able to spend more valuable time with my wife and son.”

Reflecting on his first 18 months with ActionCOACH, Sean talks about what has stood out for him.

“It’s been a serious commitment but with the systems and the team behind me, I’ve felt fully prepared. I knew I wanted to have my own business, and investing in a franchise allowed me to have control but also gave me a lot more support than I expected. All the business growth strategies ActionCOACH gives me to use with my clients, I can use to grow my own business too - we practise what we preach and that really pays off.”

If you’re looking for a new challenge, want to make a difference in both yours and others’ lives, and you’re the kind of person who:

A) loves learning and developing yourself;

B) has enjoyed success in your career or sport; and

then find out more by watching the overview video at actioncoach.co.uk/overview