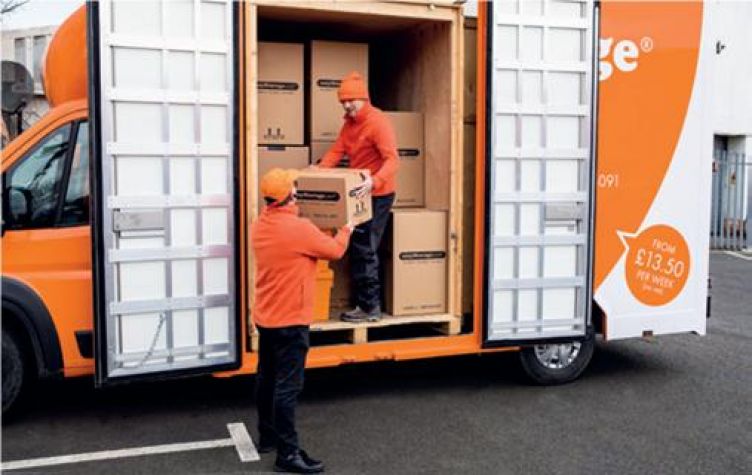 There’s a new opportunity in the high growth storage sector

easyStorage is a new member of the ‘easy’ family of brands, which includes easyJet. They are turning the lucrative selfstorage market on its head by offering a lower cost alternative service that has added benefits. The potential is enormous.

A growing market for storage

The UK storage market keeps getting bigger. According to a 2017 report by Cushman and Wakefield, a global commercial real estate services company, it has a turnover of three quarters of a billion pounds annually.

Last year, the amount of occupied self-storage jumped 8.8 per cent to 2.8 million sq feet. Big brands such as Access, Big Yellow and Shurgard dominate. They brought the selfstorage concept from the USA in the 1990s, establishing themselves when real estate prices were low.

That was important, as selfstorage is highly inefficient. As much as 48 per cent of a building is lost through access corridors and height restrictions, and usability adds to the problem. As real estate prices have risen, this inefficiency has become an increasing burden, with the extra cost being passed on to the customer and so pricing many out of the market.

The average monthly spend for those in London is a staggering £360; elsewhere in the UK it’s £190. In contrast, it’s just $91 in the USA. Little wonder that self-storage uptake in the UK is 0.67 sq feet per capita, a tenth of the USA figure.

Cushman and Wakefield’s survey also discovered that 88 per cent of UK self-storage customers had expected to pay less.

“The market is crying out for reasonably priced storage,” Tim Slesinger, founder of easyStorage, says. “Self-storage no longer offers value.”

He went back to basics to design a simpler and more efficient storage model. Tim is no stranger to storage. He made his fortune through OSG, the storage for business market leader he founded and later sold, which had operations in nine countries, including Russia, China and Saudi Arabia.

Lower cost and easier for customers

The easyStorage model is based on large storage pods, which are Storage pods are an incredibly efficient way to store transported on specially adapted vans to a customer’s home.

“The customer is delighted we come to them,” Tim explains. “They are even more delighted when they hear that transport is free.

“Pods are taken to easyStorage, where we stack them high and deep. Put simply, we ‘containerise’ storage, which allows us to fit more into our centres. It enables us to charge up to 40 per cent less than self-storage competitors. Customers can visit us or request return.”

Storage for all, not just the few

Tim adds: “I believed my business values perfectly matched those of the ‘easy’ family of brands. When I approached Sir Stelios, he couldn’t agree more. Things moved forward very quickly after that.”

easyStorage opened for business near Wembley Stadium. Through targeted digital advertising, customers started arriving, many from self-storage competitors. Within six months, a further four easyStorage centres were opened in London.

People recognise the ‘easy’ branding. They trust it and associate it with good value. easyStorage has the maximum 5 star rating on independent review website Feefo.

Franchise opportunities across the UK

Nigel Dawson, Franchise Director for easyStorage, has a wealth of franchise experience gained with Dollond & Aitchison, Boots, Guinot and British Gas, where he led the team on the Dyno brand.

“The easyStorage franchise brings together all the elements and support needed to set up and build a successful business,” he says. “There are opportunities available across the UK with a low initial investment. It is scalable, allowing investors to build up the business with impressive returns.”

“We’ve had plenty of interest and franchises in Liverpool and Enfield will open this autumn,” Nigel says

easyGym is an unrivalled fitness franchise, currently used by almost 100,000 customers across the UK.

easyGym is looking for the world’s most ambitious entrepreneurs to take its technology driven franchise gym model, available in small box and big box franchise opportunities, around the world. www.easygym.co.uk/franchise.

easyCoffee is currently seeking experienced and well financed entrepreneurs keen to secure area development territories and build their own multi-unit network of between 10 and 40 shops. As an easyCoffee franchise owner, you’ll be part of a brand that focuses on delivering great value and great service. www.easy.coffee/franchise.