The Vehicle to a Comfortable Future 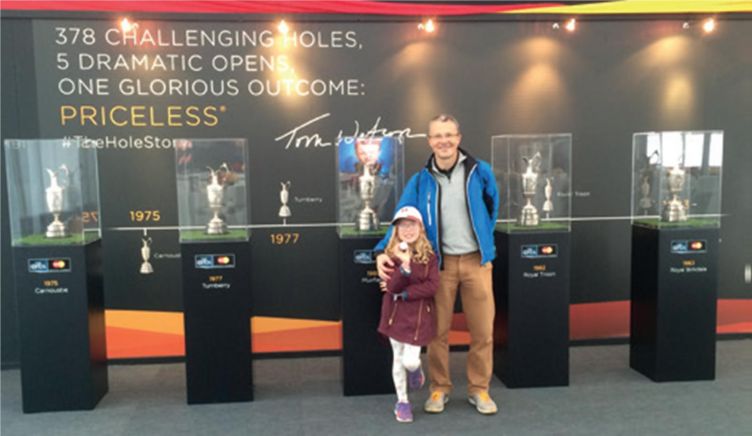 For Expense Reduction Analysts franchisee Bernard McKay, being self sufficient and having flexibility is extremely important

Bernard McKay’s mantra for business is that hard work brings rewards. And with six-figure earnings, an impressive client base, a growing personal property portfolio and the flexibility to spend time with his wife and children, it would seem he’s not wrong.

He explains: “I want my children to learn from me that with hard work you can achieve success.

“I’ve built what I have by keeping my head down and earning as much as I can. That’s allowed me to generate the money to buy more properties to add to my portfolio and meant I can formulate a strategy to retire and enjoy life. ERA UK is my vehicle to a comfortable future.”

Even before he joined ERA UK in 2008, Bernard was no stranger to hard work. A career in banking saw him rise through the ranks to branch manager in 1999 with First National Bank.

However, just six weeks after taking the role the bank rationalised the network and Bernard was made redundant.

Bought out in 2004 by mutual agreement, Bernard accepted a similar role with another mortgage broker. But it wasn’t long before he began to feel disillusioned by the sales driven atmosphere.

“I’d started to find my role was very sales and target oriented and I became fed up and disheartened with what was a very transactional business with consumers,” he says. “When I worked at First National, my role was business to business and very relationship driven and I wanted to get back into that environment.

“Other than knowing I wanted to get back into B2B, I wasn’t sure what I wanted to do. I just knew what I didn’t want.

“In the end, I listed my CV on a recruitment website and a franchise broker put me in touch with ERA UK. It’s pretty safe to say the rest is history.”

ERA UK is a world leader in cost management and procurement consultancy. Franchise partners are trained to offer strategic advice and practical methods that optimise supplier relationships and generate cash.

Boasting the highest consulting revenue of any UK procurement franchise, the ERA UK network has enjoyed impressive sales increases over the past five years.

“In hindsight, I probably didn’t do as much research as ERA UK tell you that you ought to,” Bernard admits. “But the franchise looked and sounded like a good opportunity to me, so I went for it.

“My wife was due to have our daughter in November of that same year, so as well as ticking the B2B and relationship-led boxes it also meant I’d be running my business and working from home, which suited us perfectly.”

After signing his franchise agreement in August of 2008, Bernard undertook ERA UK’s intensive training course in October and launched his business at the end of that same year, just as his daughter arrived.

“The training was a mixture of classroom-style at head office in Southampton and at-home practical work between to embed the learning,” he says.

“It’s all geared up for getting you ready to venture out on your own and you get all the knowledge you’re ever going to need from a theory perspective. Then it’s up to you to put it into practice.”

“Of course, you get lots of support after you officially launch, but my biggest advice to anyone new would be to get out there and start learning in the real world as soon as you can.

“Get out and experience it, work hard and learn from your peers. For me, that’s the best way to achieve success.

“What I found really helpful in the early days was colleagues in the network were always keen to help. They would come out to meetings with you - mentor you, essentially.

“It’s a very collaborative network and we all remember what it was like to be just starting out. The more successful we all are individually, the stronger and more successful we’ll be as a network. It’s win-win.”

Just a few years into his business, his new role as an ERA UK business development manager was all that he’d hoped it would be. And Bernard was both pleased and proud to find that his efforts were already beginning to pay dividends.

“The first three to four years went very well indeed - I was earning well into six figures,” he says. “I actually didn’t realise just how well the business was doing until I was reviewing the year-end accounts one day. I sat back and was quite surprised.

“That was a proud moment, but it was also a case of ‘okay, that’s brilliant but let’s not stand still, let’s go for more next year’.”

Thanks to his hard work and determination, 47-year-old Bernard’s business has gone from strength to strength. But his plans for the future include more, not less, of the same hard work.

“My drive when I wake up is to generate more business,” Bernard says. “Of course, it’s a challenge - all business is. But I tell myself ‘don’t get too high’ and ‘don’t get too low’.

“You just have to keep pushing on and not take your foot off the pedal. It’s worth it. It’s worth the effort for what you can achieve.”

In his spare time, Bernard’s a keen golfer. He takes to the greens at least once a week throughout the year, regardless of the weather. Keeping fit is high on his agenda, but so too is spending time with his family - his two elder sons and his young daughter, who at nine knows how to keep Bernard on his toes.

“Being self sufficient and having flexibility is extremely important to me,” Bernard says. “I can pick my little one up from school if I want to or I can take care of her when she’s ill if I need to.

“I like being able to do that. I’m not all that sure many dads could do that, even if they wanted to.”