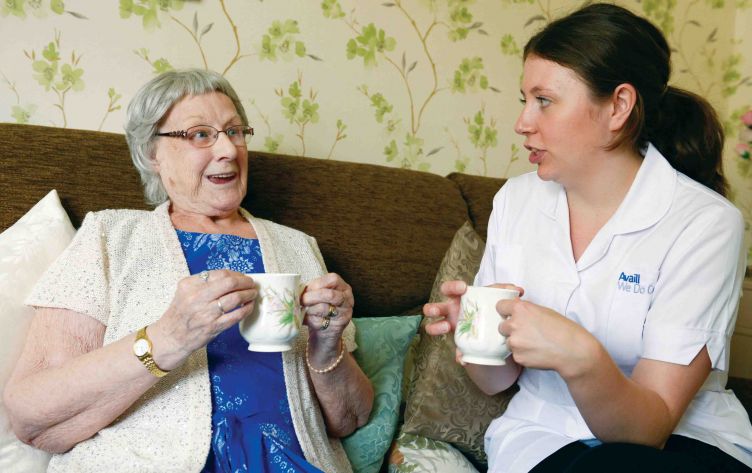 An ageing population, people living longer and more and more people receiving care and support in their own homes are driving demand for care at home services. The annual spend on social care in the UK is estimated at £26 billion and rising.

Availl opened its doors in the summer of 2007 and has since become an award winning care and nursing provider. Based in Cambridge, Graham Parker and Paula Wilson-Parker combined their passion and over 25 years’ worth of experience in the care sector to create a new vision in the world of care.

“Starting Availl was a huge, but exciting decision to take,” Graham Parker says. “Working seven days a week and extremely long hours became the norm; policies, procedures and operating systems were all put in place, while recruiting staff and gaining business. There was real determination and focus not only to provide a quality service, but also to break even as quickly as possible and move into profit. These goals were achieved within the first six months and by the end of the first year Availl was successful and profitable with a growing reputation for high standards.”

Availl has grown from a two-person team in Cambridge to opening branches across the UK. How did it all start? Paula had spent many years in the care sector, starting her career as a carer and eventually becoming a successful registered manager for a national care provider. Graham worked in the chemical engineering sector, which included working with start-up businesses.

After much thought and with the aim of providing the highest level of care, Availl was born. Following a rapid and proactive sales and recruitment process, the care hours came flowing in. Six years on and the Availl head office now has a dedicated team of staff and employs over 150 carers.

Where did the idea of franchising the business come from? Graham and Paula felt it was the right time to spread Availl’s ethics throughout the UK, so in 2012 they began franchising. Just over a year later Availl is operating in Norwich, Leicester, Harrow and Hillingdon.

Graham states: “Our business model is ideal for franchising, because as well as our extensive knowledge and experience, start-up costs are low, we can differentiate ourselves from our competitors and with our training, guidance and support the business can be operated successfully from day one.”

Availl is planning to start 2014 with a bang. The company’s new marketing campaign, which has meant a significant investment, aims to showcase why Availl is an attractive franchise to invest in, not only for people with care experience, but also for those who are business savvy.

“The demand for our care and support services is increasing year on year in a nationwide sector that is expanding,” Graham says. “Our standards and values will never be compromised and by keeping to our founding beliefs we aim to become the country’s favourite local care provider.”

Just over a year ago Radi and Katya Genkov opened the first Availl franchise. Before that Katya worked for several years in the UK as a carer, while Radi owned a taxi business. They had long dreamt about running their own care business, with Katya striving to provide high quality care.

After much research the couple chose Availl, as they both understood the importance of the knowledge and support a good franchisor would be able to offer. Katya says: “We wanted to invest in the care sector and believed Availl could not only offer the guidance and support we needed, but they really do care about people.”

Katya and Radi started as a two-person team, Katya as the registered manager and Radi concentrating on the office and administration duties. The business soon grew and in quick succession employed a care coordinator and an apprentice, while all the time recruiting for carers, registered nurses and support staff. The Norwich team are now covering over 1,500 care hours per week.

“In our first year we have learnt so much and we are proud to receive compliments from our clients on our high standard of service,” Katya says.