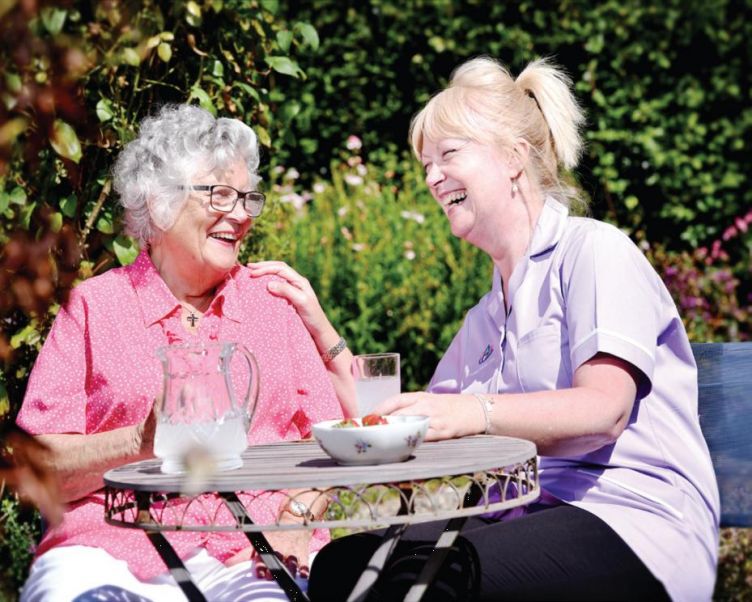 Radfield Home Care is a tried and tested, Brexit-proof business

With post-Brexit recession woes on everyone’s mind, it’s never been more important to choose a business sector and franchisor carefully.

Ideally, you want a sector that can flourish, not just survive, during economic downturns and a franchisor who can prove its business model can withstand the pressures a recession may present.

Sound impossible? Thankfully, starting life in the midst of the 2008 recession, Radfield Home Care can do just that.

GP franchisor, Dr Hannah MacKechnie, and her brother, Alex Green, had been prepping to take over the management and expansion of their parents’ residential care home for the elderly.

However, while doing their due diligence it became increasingly clear that people wanted to receive care within the comfort of their own homes, prompting a change in direction. They haven’t looked back since.

Alex explains: “We had spent our childhood growing up in our parents’ residential home and had always been involved in its running.

“However, the more research we did the more we realised investing in the residential care sector was not the right decision. It was clear the home care sector was on the cusp of expanding, as people were choosing to stay at home.”

In March 2008, Hannah and Alex invested just £5,000 into launching the first Radfield Home Care branch, thanks to their unique invoicing system.

“Taking on our first client and team member was an exciting time, but we soon identified there were improvements that could be made to help bolster our cash flow,” Alex says.

“Within weeks, we had made the required changes and, as a result, we never made a huge dent into our initial investment. We were paying ourselves a salary after just a few months and managed to grow multiple company owned offices by the time the economy had fully recovered in 2013.

“We even managed to accrue funds to launch the franchise opportunity - meaning we have never had to borrow a penny.”

However, this isn’t the only reason for Radfield’s success during its infancy. Hannah says: “Health care is not a luxury spend like eating out, going on holiday or buying new clothes. It’s an essential spend that is often one of the last areas of personal spending to be cut during a recession.

“However, because of the decline in other industries leading to a lot of redundancies, we also found ourselves experiencing a surge in job applications, which helped drive our recruitment.

“We have always focused on the private marketplace too. This allows us to stand out from the crowd and make our mark as a high quality provider that can meet the needs of our clients with tailored and quality-led care services.”

Alex adds: “All in all, the recession in 2008 was a great thing for the growth of Radfield Home Care. The fact we grew throughout it and have continued to grow since to become a national provider demonstrates this.

“We’re a perfect case study for a recession resistant business and we can support our franchise partners from first-hand experience if the economy does take a hit after Brexit.”

AT a glance radfield home care