Start A New Career With A Right At Home Franchise 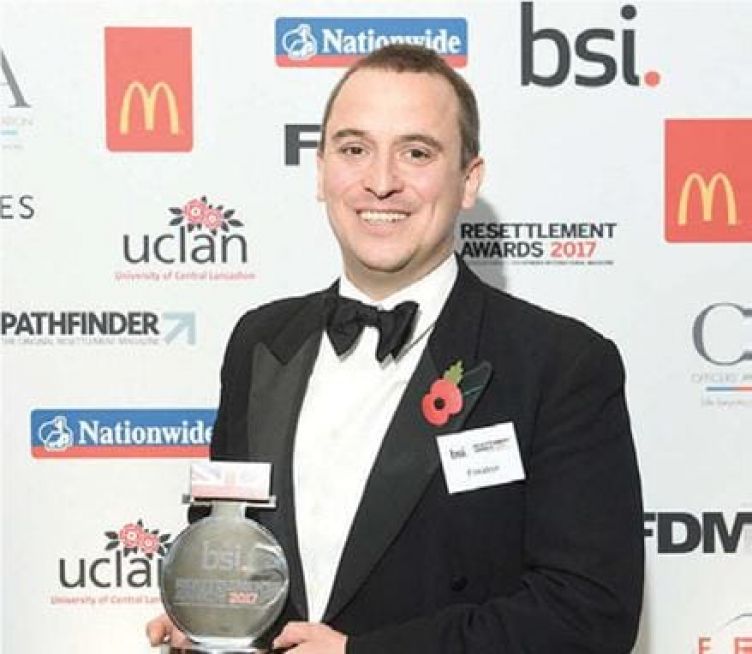 When Andrew Davies transitioned to civilian life after a career with the armed forces, he wanted something to suit his skills and principles. Right at Home matched him to a ‘T’.

During his 17-year career in the British Army, Andrew rose to become a commissioned officer, helping other officers prepare for successful operational command. He served in active duty in both the Balkans and Iraq for a number of years, before taking on this mentoring role.

In 2012, as he began his transition back to civilian life, Andrew saw franchising as the ideal way to start his own business.

He says: “I chose franchising because being the master of my own destiny was important. I chose Right at Home because they offered a lot of support, allowing me to be my own boss and follow my passion as I shifted from the structure of army life.”

Right at Home offers exceptional home-based care, with the aim of making a difference every day. At its heart is the desire to protect clients’ independence, so they can continue to live in their own homes.

It was his work with the Alzheimer’s Society, coupled with a respect for the hands-on home care of Right at Home UK, which convinced Andrew the company was the right ethical and business fit.

“I wanted to offer something back to my local community,” he says, “By offering local jobs, community engagement and the best in quality care of Right at Home, I know we’re making a real difference.

“This has been evidenced by us building a great care team and a client review score of 9.8 on the leading independent homecare website, homecare.co.uk.”

Andrew was attracted to the care industry by the potential for growth: “I could clearly see the benefit of controlling my own growth and income.”

With around 1.58 million people currently employed in social care and 6.5 million seniors requiring assistance with daily activities, Right at Home owners are well positioned to build a profitable future.

Not having a background in care didn’t deter Andrew from the Right at Home business model. He explains: “It can all seem a bit overwhelming before you get started, but the training I received from Right at Home was invaluable - I can’t speak highly enough about it.”

The management franchise model was established in 2011 by managing director Ken Deary, using the experience he gained as a McDonald’s franchisee and having opened and managed a privately run care home.

“Ken has 25 years’ experience and is devoted to the notion of achieving excellence across the board,” Andrew adds. “And I’m fully on board with his vision.”

The Right at Home network agrees, as it’s consistently scored the company over 90 per cent in independent franchisee satisfaction surveys.

Andrew has built his Right at Home business - and his reputation - to become an award winning example for others. In November he won the esteemed BSi Resettlement Franchisee of the Year award as an acknowledgement of the challenges many deal with when leaving the armed forces.

“I’m proud of the business I have built over the last five years,” Andrew says. “There’s no way I would be where I am today without Right at Home’s support. Winning the Service Leaver Franchisee of the Year award is a nice icing on the cake.”