“I now have the nursery of my dreams – a beautiful environment for young children in the heart of this busy, diverse community” 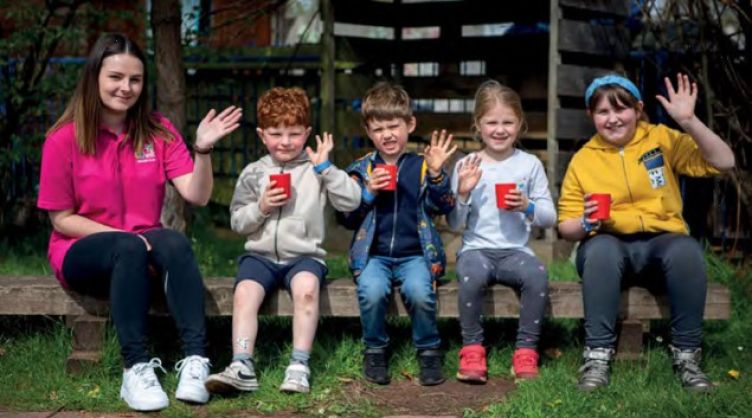 Ever had a dream that woke you in the middle of the night? One that was still as real in the morning and made you question your choices? That’s exactly how many franchisees feel when searching for a rewarding and fulfilling franchise. And it’s how Canopy Children’s Nurseries were conceived.

When founder, Sarah Beattie, was researching nurseries for her own babies and couldn’t find what she was looking for, she created her own. Which soon evolved into three nurseries, centred around a culture of excellence in a child-centred environment, that celebrate the magic moments in childhood. A successful nursery model is now available as a franchise to others who dream of making a difference and nurturing future generations. Just like Rinu.

Rinu left her career in finance to pursue her dream of opening her own nursery: a state-of-the-art new build in the heart of Wembley Park that offers full-time, ad-hoc and weekend sessions to support the community.

Rinu explains: “Our research into the world of franchising had already identified Sarah’s team as one that we wanted to work with so when we heard that they were launching the Canopy Nursery franchise, we didn’t hesitate and are thrilled to become the first Canopy franchisees opening the first Canopy Children’s Nursery.

“I now have the nursery of my dreams – a beautiful environment for young children in the heart of this busy, diverse community. Supporting my talented team of staff as they nurture and educate the children and building relationships with their families is so satisfying – I love it!”

“I now have the nursery of my dreams – a beautiful environment for young children in the heart of this busy, diverse community”

Fun at the forefront

Canopy comes from the team behind the successful Fun Fest Holiday Club franchise network. Fun Fest celebrates choice and empowers children to make their own decisions, designing their own holiday programme. Sessions include a variety of adventures from a Harry Potter Experience to Mad about Science and Mission Impossible – all centred around fun, and not just for the kids!

Named as one of the U.K.’s top 100 franchisors for the last three years, Fun Fest offers a low-cost business on a part-time basis with the potential to expand.

Helen Wilson had never considered franchising until she joined Fun Fest Hartford, she explains. “I worked the summer as club manager at an established club and saw the potential to make it a continued success alongside my term-time role.”

At a glance Canopy Children’s Nurseries

2 are open and more are being cultivated