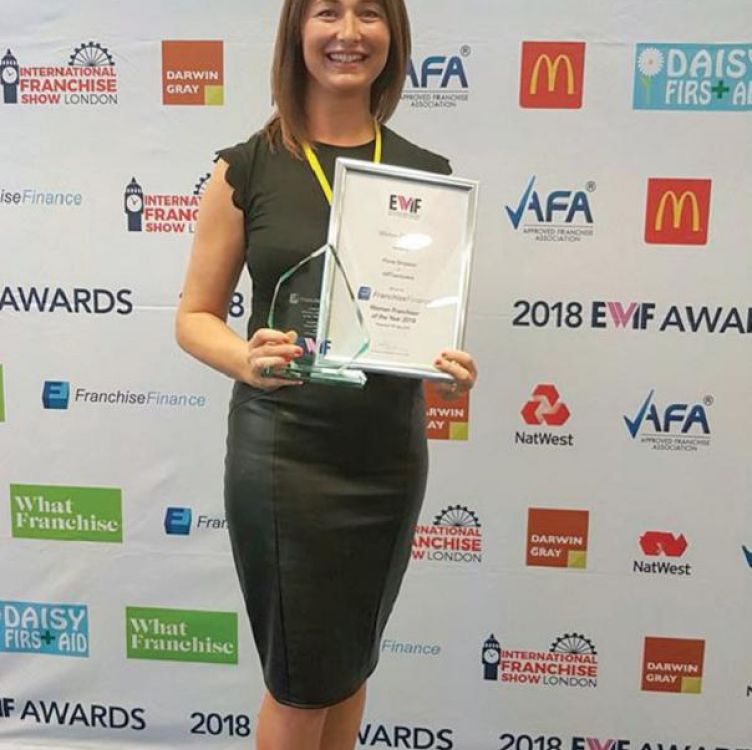 Children’s art brand ARTventurers has had an amazing 12 months, scooping a number of national awards, as well as opening further branches across the UK.

And last month ARTventurers founder and managing director Fiona Simpson was crowned Woman Franchisor of the Year 2018 at the Encouraging Women into Franchising Awards.

“It’s been an absolutely brilliant year for ARTventurers,” says Fiona, a mum of two who founded ARTventurers after leaving her previous career as a solicitor. “Not only have we grown our franchise network in size and developed new programmes for our franchisees, we’ve also won some major awards, including two top awards in the What’s on 4 Kids Awards 2017 and winning Overall Top Franchise 2017 and Most Supportive Franchise in the Working Mums Top Franchise Awards.

“And now this award is the icing on the cake - being crowned Woman Franchisor of the Year is an amazing achievement.” ARTventurers runs colourful art and creative play classes, events and parties for babies, toddlers and children across the UK and with a network of nearly 30 franchisees, hundreds of children and their grown ups attend ARTventurers classes each week.

“Our innovative franchise package is perfect for a parent who is looking to build a flexible business around family life,” Fiona says.