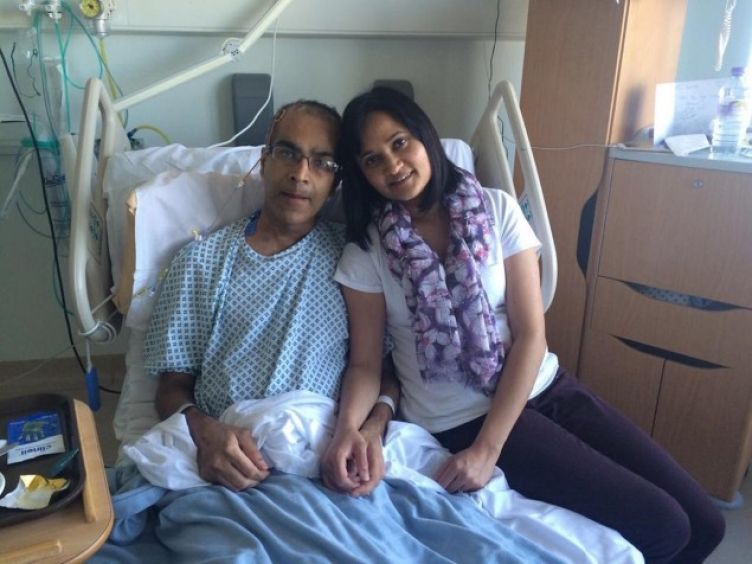 "I went for Code Ninjas’ Discovery Day in London and was blown away by the concept," says Girish Betadpur, owner of Code Ninjas Milton Keynes

On a family holiday to the US in 2015, businessman Girish Betadpur suddenly fell ill – but this was no common holiday bug. In fact, Girish had contracted the life-threatening infection meningitis. Due to the brain injury caused by the infection, Girish spent a year in hospitals in America and across the UK recovering. He was referred to a rehabilitation centre before he was finally discharged and could return home to his family. Suddenly, simple things such as remembering people’s names and even recognising his daughter became alien.

Before contracting the life-threatening condition, Girish had worked for several years as a software engineer and as an IT business development manager. He subsequently began running his own successful IT company, which provided solutions to nurseries and pre-schools around the country. But when the impact of living with meningitis took its toll, Girish made the difficult decision to sell his business and focus on his recovery.

“Admitting that I couldn’t continue to run the business in the way I had been previously was a real battle for me but I knew that I needed time to rehabilitate before I continued with any active role in a business. It wasn’t just me who needed to recover, but also my family who had to come to terms with the effects of my life-changing brain injury,” he said.

“My love of business never died, and when I and my wife Divya were researching coding education opportunities for our own daughter, Aadya, we realised there really wasn’t any provider in our community that fulfilled that need. So, we decided to take matters into our own hands and look at franchising!

“In 2020, I came across an advertisement for Code Ninjas on Facebook. The brand was looking for franchisees to launch a Code Ninjas franchise location in the UK. Having been in both the IT and childcare sectors for 20 years, I felt my experience could be valuable and the business model, with almost unlimited support, really appealed to me. I went for Code Ninjas’ Discovery Day in London and was blown away by the concept. Importantly, I knew that by becoming a franchisee I would get all the support I needed to run the business – something that was essential given my disability,” he explained.

Through ongoing support from the Code Ninjas support team and his own coping mechanisms, Girish has overcome his limitations, and he and his wife, Divya, have seen real success in bringing the kids franchise to Milton Keynes since launching in 2020. In fact, Girish and his team now welcome over 150 children a week to sessions at his dojo.

“I am incredibly grateful for what we have built,” he continued. “There were points when I was worried I would never be able to do the most basic tasks again. I have found a sense of purpose again with Code Ninjas and it brings me joy to see the difference we are making to the kids. The impact of meningitis and the subsequent brain injury is something I am always going to live with; however, I do feel like I have been given a second chance. If I look back at how far I’ve come since I was rushed off to hospital in 2015, it gives me the belief that anything is possible if you want it enough. I would also like to thank my family and the incredible support team at Code Ninjas for all their help. I couldn’t have done it without them and I can’t wait to see what the future holds.”