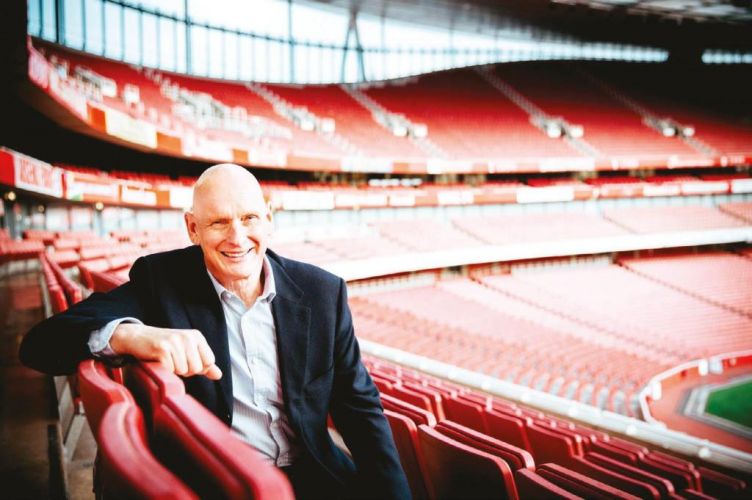 On November 3 at the Emirates Stadium in London, Premier officially unveiled its new brand and vision to a crowd of staff, franchisees and special guests. The company’s new mission is to Educate and Activate the World.

Premier CEO David Batch kicked off the event with a presentation introducing the company’s new brand and direction. In addition to gaining a new logo and a more modern feel, the company has shortened its name to just Premier - it’s easily recognisable and encompasses all the products in the Premier family.

These changes will help usher Premier into the future, as the organisation continues to expand across the UK and internationally into the United States, India and China.

The event was capped with an auction for the Premier Foundation, the charity in which Premier provides physical activity opportunities for disadvantaged young people.

On the auction block were Club Wembley FA Cup Final tickets, a tennis ball signed by Andy Murray and other coveted sport memorabilia, overall raising £1,612, which will help support the vital work Premier does and the children that need it.

Premier is thrilled to announce that Olympic gold medal swimmer Duncan Goodhew has joined the organisation as chairman.

Duncan is no stranger to Premier. In the past he’s served as a Premier Education Group director and Premier Sport ambassador, where he visited UK schools and inspired children to lead healthy and active lifestyles.

This new role will allow him to join the organisation in a more official capacity, where he will be working closely with the executive team to deliver the company’s ambitious and exciting growth plans.

Not only has Premier welcomed Duncan to the team, but its franchise network has also been expanding, with Paul Wraith and Daniel Woodvine joining in September.

Daniel has taken on the Whitchurch territory and is looking forward to building his team and making an impact within his local community.

Joining from a background in finance, Paul joined Premier after being inspired by two of the company’s existing franchise owners.

He has a passion for sport and always wanted to be involved with coaching and business management. Paul has taken on the Mansfield territory and is looking forward to influencing the next generation of children to become active and healthy.

A great time to join

Territory revenue was up by over 18 per cent - increasing by £2.5 million - and 75 per cent of franchise territories experienced growth, with the largest single territory increase at an outstanding £199,000.

A Premier franchise offers owners a platform to achieve their personal and professional goals by combining their passion for physical activity and making a positive impact on the lives of children.

From £14,950, you can take control of your career by working for yourself, but not by yourself and doing something you love every day.