The delight of the donut 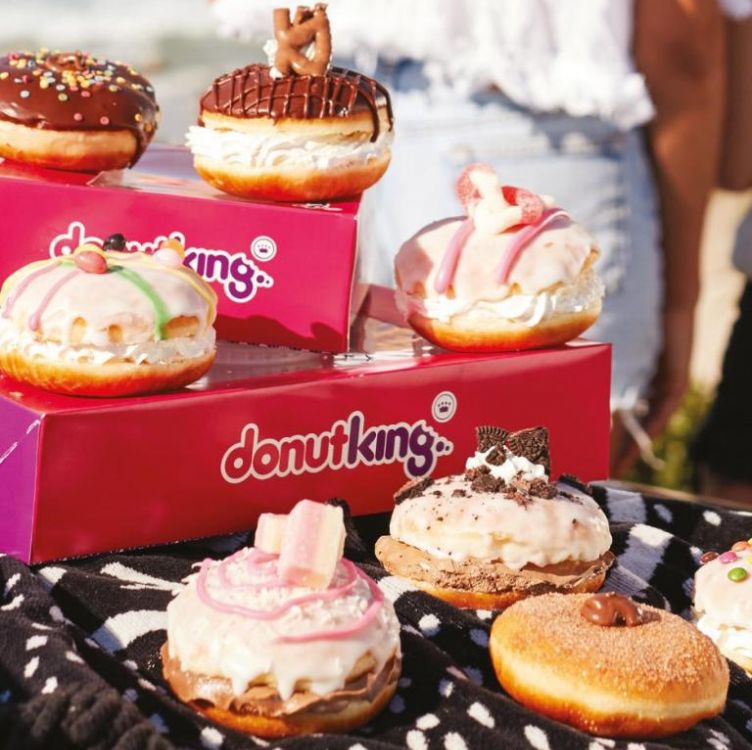 Donut King is on a mission of happiness in the UK

The squishy, creamy delights of the cream and jam donuts, experiencing the magic of the warm cinnamon donuts bouncing along that mini conveyor belt and landing in a delicious carousel of cinnamon and sugar, ready to be devoured. This is the heart of Donut King.

Donut King stores are renowned for offering a fun environment and the brand’s mission is to bring a moment of happiness to everyone - young and old.

Quality and service, along with uncompromising cleanliness and compliance to its system have been vital to the success of Donut King outlets.

The first Donut King store opened in Sydney, Australia in 1981 and it’s now one of the most recognised and successful franchise systems in Australia. The brand is expanding globally, recently opening in Shenfield, UK to a 50-metre queue of excited customers, looking forward to trying a delicious warm cinnamon donut.

Behind the ‘fun’ of Donut King is a hard-working team, continually developing the brand and creating innovative products or new flavours to keep the joy and magic of Donut King alive and relevant in today’s demanding marketplace.

Donut King is expanding across the UK and is looking for likeminded motivated Franchise Partners to take their mission of happiness to UK consumers. For more information, please contact Jabbar Mumtaz at retailfoodfranchising.co.uk