All the right ingredients 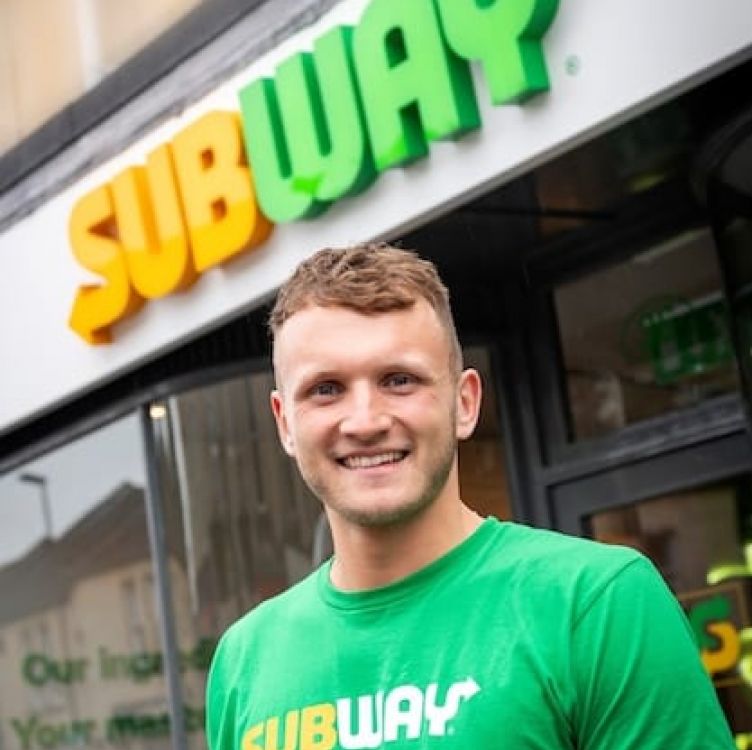 Will Bray is the latest in a growing number of millennials to join Subway, with two stores at the age of just 24

Franchising is one of the most successful routes to business ownership, enabling hard working, entrepreneurial individuals to fulfil their ambition to become their own boss, but with the added reassurance that they’re joining a tried and tested business model.

Subway is one of the largest and most successful franchise brands, with over 2,500 stores now open across the UK and Ireland. Its well established and robust franchise system has helped thousands of people across the world to build their own businesses.

More young people than ever are entering the franchise sector, with one in five franchisees who started a business in the past two years being under 30. Will Bray is the latest in a growing number of millennials to join Subway, with two stores at the age of just 24.

He studied agriculture and business studies at Newcastle University and within just months of graduating became the franchisee of a Subway store in Bath.

Will explains: “During my school years, I was a regular visitor to my local Subway store. In fact, the Sandwich Artists began to recognise me and would start making my sub to my exact specifications long before I even had to ask for it.

“I loved the brand and its future potential. My family is in farming, but I didn’t feel this was the right career path for me. With the business studies knowledge I had gained at university and my passion for the brand, a Subway franchise felt like the perfect career.”

Will met with his local development team, who were able to provide all the advice and guidance he needed. With a little financial support from his dad, Will became the franchisee of an existing store in Bath in August 2016. A second store in the city followed in May 2018.

Like all new franchisees, Will attended a two-week training course at Subway’s UK and Ireland headquarters in Cambridge. This provided all the necessary classroom and in-store experience he needed to run his Subway franchise.

“The training was really good fun,” Will says. “I had a great group, many of whom were from different countries in Europe, and we have stayed in touch. It’s great to hear from them and learn about their experiences in their home countries. I’ve even had the chance to visit one of my fellow trainees in Amsterdam.”

Will adds: “The support Subway provides for franchisees is ongoing and consistent. My field consultant is always at the end of the phone to help with anything, from deliveries to financials and advertising.

“The best part of being a Subway franchisee is the flexibility it offers. I enjoy being my own boss, in charge of my work-life balance and longer term future.”

Will has recently opened a new store in Subway’s latest Fresh Forward decor.

“The new store looks amazing, very futuristic,” he says. “It’s so colourful and fresh and that’s what our customers keep saying to us. Feedback has been positive and our staff members love working in the new store.

“I think the new Fresh Forward decor has put Subway on the map.”