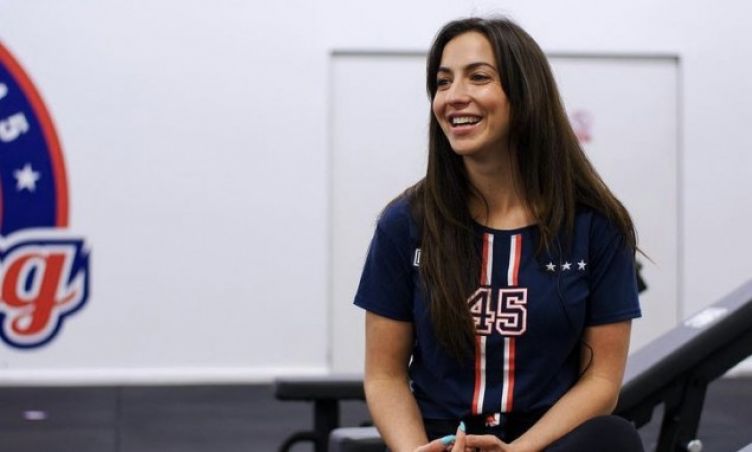 Opening an F45 franchise may seem like an unexpected move for Annie Edmonds, who came from a background in finance. However, as a seasoned expert in business finance and development, Annie wanted to apply her experience in the health and wellbeing industry.

She was keen to invest in an F45 franchise after trying it herself in Australia. “I believe in F45’s concept, trust the brand, and know that it already has a dedicated network of members,” says Annie, F45 Maida Vale franchisee.

She felt that opening a franchise was less risky for her than opening a brand-new, unknown business, as she would be “protected” by the brand’s longstanding awareness and successful presence in the market.

Annie’s background meant she was aware of what was required to run a small business, and it taught her about the financial intricacies of doing so. Her experience, in addition to the outstanding training she received from F45 HQ, meant she wasn’t intimidated by opening her own franchise.

She is enjoying running her own studio more than she could have imagined. Being supported by the franchisor helps her ensure that members have a consistently positive experience in her studio.

Annie’s passion and appreciation for her members drives her to raise the bar and make sure the studio is running at its best. She has earlier mornings and later nights since opening her studio but says that giving back to the F45 community makes it all worthwhile.

When asked about advice she would give to someone thinking of becoming a franchisee, Annie suggests: “Do your research and understand the market you are entering. This includes researching competitors and making sure you are prepared for the busier and quieter times of the year.”

Annie is thrilled to be opening her second studio and believes that with F45 growing the way it is, it’s well on its way to becoming a household name.