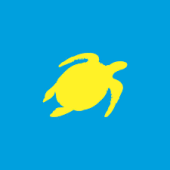 What is Turtle Bay and what services does it provide?

Caribbean restaurant and bar business Turtle Bay was set up in 2010 by Sri Lankan born Ajith Jaya-Wickrema and UK resident Stephen Entwistle. They opened their first restaurant in Milton Keynes.

Today, Turtle Bay has over 40 outlets in the UK and employs around 1,500 staff. The current turnover stands at nearly £70 million. The company has branches in places such as Bath, Birmingham, Bournemouth, Bristol, Cardiff, Exeter, Leeds, Liverpool, Manchester, Newcastle, Nottingham, Oxford, Sheffield, Southampton, Swansea and York, as well as several restaurants in London.

In addition, Turtle Bay has two restaurants in Germany: one in Dresden and another in Oberhausen.

Before opening Turtle Bay, Ajith, who moved to the UK at the age of 15 and spoke no English, co-founded Las Iguanas, the Latin American-themed restaurant and bar chain. He exited the business in 2010.

The inspiration for Turtle Bay came from an unexpected source: the TV music competition X Factor.

Ajith told the How I Grew My Brand podcast: “My girls were young and we were watching X Factor and a girl called Leona Lewis won it. As an immigrant, I thought it incredible. 22 million ordinary people had voted for her - her race, her colour, her ethnic background didn’t matter.”

Leona’s success gave him the courage he needed to launch the Turtle Bay Caribbean food and drink experience in the UK.

After it had established four restaurants in the UK, a company called Piper (which had invested in Las Iguanas) invested £6m in the business, which funded further growth.

Ajith remains a director of Turtle Bay, while Stephen Entwistle is the company’s current development director and is responsible for overseas territories, new openings in the UK and brand and menu development.

Tell me more about Piper

Piper is a London-based investment firm that describes itself as the “investment partner of choice for ambitious entrepreneurs growing global brands consumers love”.

The company has developed over 40 brands in 70 countries and opened over 250 stores. The businesses Piper has been involved in include flower delivery company Bloom & Wild, Bruce’s Doggy Day Care, healthy recipe box brand Mindful Chef, and boutique fitness company Frame.

What food and drink does Turtle Bay serve?

Like most modern restaurants, Turtle Bay caters for carnivores, vegetarians and vegans.

Turtle Bay has a comprehensive drinks menu of beer, cider, rum-based drinks, cocktails, mocktails and soft drinks. All restaurants run a two for one happy hour offer on cocktails at certain times.

Where in the UK is the Turtle Bay franchise based?

The company’s head office is in Bristol.

Does Turtle Bay have a franchise opportunity?

Not at the moment - all its restaurants are company-owned.

Why would Turtle Bay be a good franchise investment?

There are a number of factors that would make Turtle Bay a good franchise proposition.

Because of its 40-plus restaurants in the UK, brand awareness is relatively high. On top of this, the concept has been proven to work in a number of different UK locations, it has an established supply chain and tried and tested methods of operation.

Turtle Bay also has a niche food and drink offering that is growing in popularity in the UK and provides a point of difference in the competitive casual dining sector. While Caribbean food isn’t as popular as Indian or Asian cuisine in the UK, it is moving towards the mainstream in a number of UK cities, particularly London.

In addition, in the business arena brands such as Turtle Bay as well as British Jamaican entrepreneur Levi Roots have done much to popularise Caribbean food in the UK, as has events such as the Notting Hill Carnival, which has become a place to showcase the region’s food.

What are the advantages of investing in a business that doesn’t have an established franchise offering?

If you are one of the first investors in a franchise, you could be in line for discounts on the initial franchise fee, set up costs and ongoing charges levied by the franchisor. A larger trading territory than the norm could also be offered, as well as the option to invest in more territories and expand your business over time.

You may be given a greater degree of freedom and flexibility than you would otherwise expect as a franchisee in a mature franchise network, where the systems of operation have already been tried and tested to a greater degree.

Early franchisees could also be given the chance to shape the direction of the business and potentially suggest ideas for the future development of the franchise. They may receive more support from the franchisor than would ordinarily be available, as it doesn’t have a whole network of franchisees to assist and guide.

And what are the disadvantages?

According to the latest British Franchise Association NatWest industry survey, fewer than one per cent of established franchises close as a result of commercial failure. With no proven track record of success or demonstrable return on investment, the risk of failure is higher when investing in a fledgling franchise.

Investors could also be at a disadvantage when it comes to researching the opportunity, as there will fewer - if any - franchisees to talk to about the business and whether their expectations in terms of training, support and earnings potential have been met.

Bank funding may be harder to come by, as the financial institutions involved in the franchise industry will have no benchmark to measure the business against to determine the level of risk they are exposing themselves to as a lender.

The overall growth of the business may be slower than originally forecast and there may be changes in the direction and strategy of the business at it develops - factors that could lead to a degree of franchisee frustration. The franchisor’s support team may also lack experience, as they could be on a steep learning curve, along with the rest of the organisation.

To mitigate the risk of investing in a less well established franchise, prospective franchisees are advised to conduct in depth research into all aspects of the business, the market it operates in (including its competitors) and the people already involved in the business. Only then and if you’re happy with your findings should you part with any money.

Whether the franchise you’re considering investing in is established or not, adequate due diligence must be completed - and business and finance experts engaged if necessary - before signing a franchise agreement, which is a legally binding document and could commit you to a contract that lasts for at least five years and be very costly to extract yourself from.