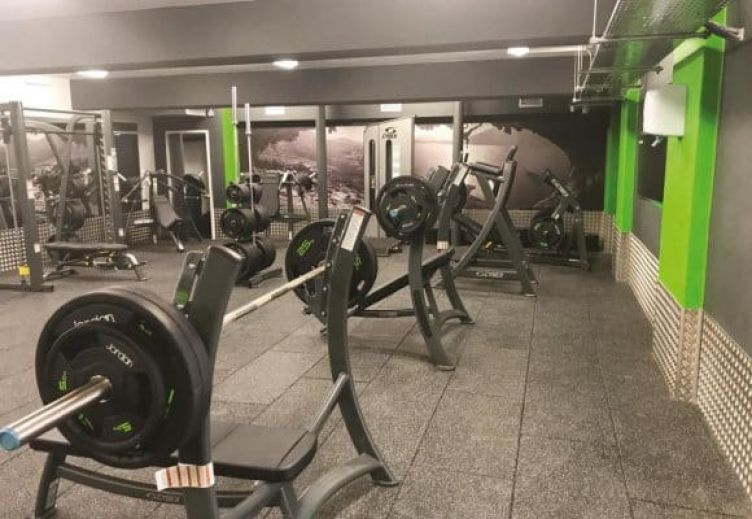 Fit4less franchisee Joanna Gunter is making a name for herself in the highly competitive fitness industry. Trevor Johnson reports

What’s the next step on the career ladder when teaching Japanese and Indonesian in Australia begins to lose its appeal?

If you’re Joanna Gunter, you move to England with your husband and three children - and start a couple of highly successful health clubs.

“It was almost as dramatic as it sounds,” admits Jo, a 47-year-old Australian, who now runs the Hoddesdon and Palmers Green branches of the award winning Fit4less by energie gym franchise, soon to be rebranded as energie Fitness.

Jo remembers: “One evening, my husband Peter and I decided it was time we changed our lives and did something different. It was a pretty traumatic decision, but looking back we’re so glad we did it.

“We looked at all sorts of franchises, from pizzas to artificial turf, but nothing seemed quite right. But as we are a sporting family - Peter was a professional squash player - a health club franchise seemed more in our line and Fit4less ticked all the boxes. It was a strong brand and it was bright, quirky and fun.

“There was also continuous support for franchisees in every aspect of the business, from launching to day-to-day problems that crop up.”

Jo opened the doors of her Hoddesdon gym in September 2015, had more than 1,000 members in the first week and sold a record breaking 232 memberships on the opening day.

Recently she launched a second branch in Palmers Green and Peter, who runs a plumbing and heating business, is thinking of coming in as a full-time partner.

Fit4less is part of the energie Group, since its foundation in 2003 one of the fastest growing health club franchise businesses, with nearly 100 clubs and 100,000 active members in nearly six countries.

A Fit4less franchise costs a minimum of £95,000. For this, a new franchisee gets guidance on finding the best site, full training, ongoing support, business planning, marketing and help with any day-to-day problems.

Fit4less says you don’t need previous experience in health and fitness to run a successful franchise. The company states: “This is a management franchise, where the sales and marketing of your business are just as important as helping your members to lose weight and get fit.”

There are many others, including Enfield, which hit 1,500 members after three months, more than 500 ahead of its original 12-month target.

Fit4less’ mantra is its bargain prices. The company says: “When every penny counts, who wants to pay £60 or £70 a month for gym membership, when you can join your local Fit4less and pay just £24.99? It’s no surprise to hear that the biggest growth trend in fitness is the budget gym.”

Jo says: “I have members who are also paying £150 a month at City gyms. They just can’t believe what they get for our prices.”