Close
Did you know?
Mould Doctor has outlets available across the UK 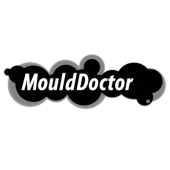 Mould Doctor was formed in 2009 by Geoff Melton and Graham Stark as part of their existing property maintenance and decorating company.

The acute problem of how easily and fast mould can develop in a home became apparent during their work in property maintenance and they investigated the provision of permanent eradication treatments for both interior and exterior applications.

Mould Doctor was established following a period of extensive research, product formulation and treatment methods to ensure the most effective treatment for this serious problem, which afflicts homeowners nationwide. The pilot franchise in Lincolnshire proved how successful the Mould Doctor concept could be as a franchised model.

Mould Doctor operates across both the public and private sectors and private homeowners also represent a growing proportion of the business. The market potential for this service is huge and Mould Doctor is currently seeking the right people to share its potential.

Having been established for over 10 years, the company has cemented its place as one of the UK’s leading specialists in mould eradication. The franchised business model can easily be replicated within exclusive territories, with the option to use exclusive Mould Doctor products that offer a guarantee to eradicate mould - and prevent it returning.

How does the Mould Doctor franchise model work?

Fully-trained franchisees initially undertake property surveys, present their findings to clients and then deliver the treatment. The company’s system of diagnosis, treatment, education and prevention is proven in thousands of properties with a very high success rate.

As a mould expert, franchisees can evaluate the different circumstances in a property and provide a bespoke solution of treatment and recommendations to each client. All enquiries are passed through head office to the individual franchise territories.

What locations or territories is Mould Doctor looking to operate in?

Territories are available nationwide. Interested parties are advised to enquire about a chosen area to see if that territory is available.

Mould Doctor currently has franchises operating within the following territories:

• Devon and Cornwall.
• Leeds, Harrogate and York.
• Lincolnshire and the East Midlands.
• Kent.

Why is Mould Doctor a good investment?

Mould Doctor franchisees are currently experiencing a typical gross profit of 78 per cent.

Realistic earnings for franchisees are in excess of £40,000 within the first year of trading and the franchise network has experienced quarter-on-quarter sales increases.

Clients are given a five-year guarantee on all mould treatments carried out. The depth of research and development invested by Mould Doctor into this problem means piece of mind for clients.

• Franchisees experience a 99.9 per cent customer satisfaction status
• This is a sector that is driven by government legislation to assist tenants to be able to ask landlords for the treatment of mould and damp
• This is a management franchise opportunity that has the potential to expand
• Mould Doctor branded chemicals have been exclusively developed for the company’s franchise network and are far superior to many of the products on the market

Did you know?
Mould Doctor has outlets available across the UK

Where in the UK is the Mould Doctor franchise based?

The Mould Doctor head office and pilot franchise is based in Lincolnshire. It is here the initial franchise training takes place.

What support and training do Mould Doctor franchisees receive?

All franchisees that join the Mould Doctor network receive extensive training and ongoing support throughout their tenure within the network.

This includes the following:

What are the Mould Doctor franchise terms of agreement and renewal?

The Mould Doctor franchise agreement is based upon a five-year licence that has the option to be renewed after each five-year term.

How in demand are mould eradication services right now?

Damp in homes causes misery for thousands of people in Britain. In fact, recent figures show that around six per cent of the housing stock of the UK suffers from damp.

Mould does not just look unpleasant, it can be bad for health and there has been much research done about how the effect of living in a damp home can have a negative impact on health and mood.

Depending on the amount of mould, it can also suggest a larger problem in the home, so it ideally needs to be eradicated as soon as it’s discovered.

Additionally, as properties have become more thermally efficient, there has been an increase in the occurrence of mould and, more importantly, a greater pressure to remove it. Mould Doctor franchisees, therefore, will find little reason not to get regular work, with word-of-mouth recommendations leading to more work.

With more than 27m households in the UK at the latest census, an almost inexhaustible number of potential mould treatment jobs await.

Mould is not dependent on the appearance of a home - however nice a property may appear from the outside, mould can be a hidden problem. Mould Doctor has been called out to over 6,000 homes in the last six years within a population area of 80,000 and the recent Buck bill, approved in January 2018, will allow tenants to take out private prosecutions against landlords whose properties suffer from damp.

How can I get started on setting up my own business?

Click on the button below to make a no obligation enquiry about Mould Doctor.

Once you have input your details, you will receive a copy of the company’s franchise prospectus. Mould Doctor will then arrange an exploratory informal meeting at a place and time to suit you, where any more questions you may have will be answered in full.

Send a free enquiry to Mould Doctor for further information!