Close
Did you know?
Agency Express has an expected revenue of £40,000 after 2 years! 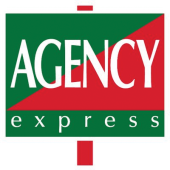 The board franchise will go head-to-head against five other franchise brands for the esteemed Franchisor of the Year award in November. read more

This year 45,000 customer reviews were recorded and a record number of suppliers entered the award. read more

The best of the best: 2018 bfa HSBC Franchise Award winners