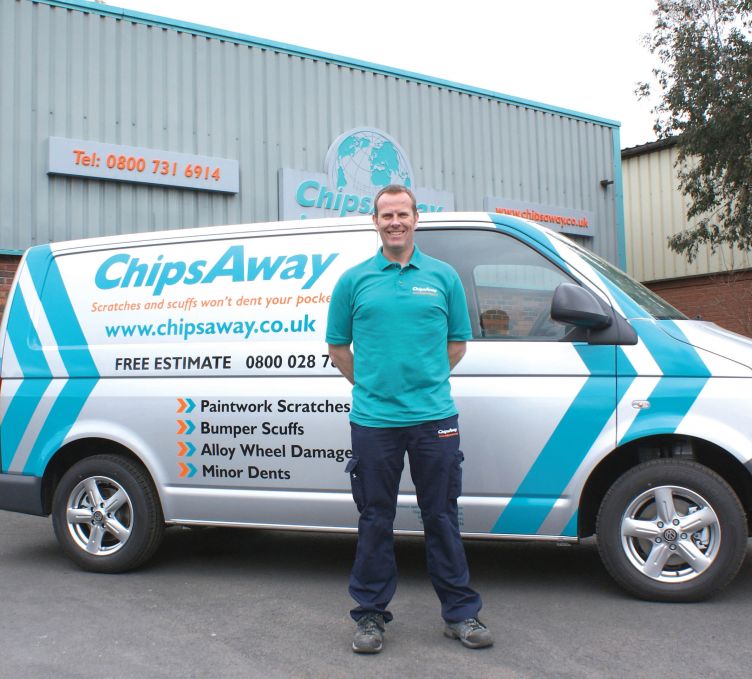 Before joining ChipsAway, Essex-based franchisee Neil Dobson held a series of senior management roles in the financial sector. Latterly he was a director with a well known bank, managing large teams of people.

A move to run his own business providing specialist automotive paintwork repairs might seem a far cry from his former life, but Neil explains that it was never painting cars that drew his attention in the first place - it was the opportunity to grow quickly and make money, with maximum support from the franchisor, that impressed him.

“My launch weekend gave me great confidence that I’d made the right decision,” Neil confirms. “Over two days I booked in 40 jobs, with work worth around £6,000, which kept me going over the first few weeks - and I’ve not been short of work since, despite my rapid expansion.”

Neil says he barely does any painting now, as his focus is on developing his business and communicating with customers. His targets for 2014 include investment in more equipment for his CarCare Centre to enable him to process more work efficiently and profitably and he expects to push up his annual turnover to “at least £150,000” next year.

“Before committing to ChipsAway, I looked at several different franchise opportunities,” Neil says. “Some were in a completely different sector, others direct competitors, but ChipsAway felt right from the start.

“They were very professional and I could see the flexibility of the business model would work for me. Working for myself as a ChipsAway franchisee is a world away from my life before. Of course there are different pressures, but I’ve left behind the stress, long hours and travelling and instead am enjoying new challenges and the satisfaction of growing a great business of my own.”