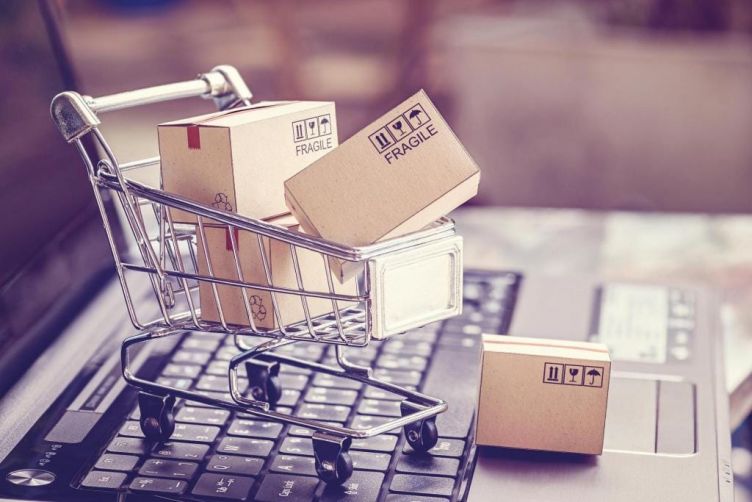 For someone whose whirlwind business life includes pioneering a minor journalistic revolution, writing a best seller and getting Jeremy Vine a reach of two million on Facebook, Natasha Courtenay-Smith has an unexpected secret of success - stay where you are.

“Everything I do is set up to make my life easier than it would be if I was employed,” admits the mum of two, a highly regarded entrepreneur who’s the co-founder of Bolt Digital, a boutique digital marketing partner for ambitious founders, directors, shareholders and celebrity clients.

And that means not wasting time and energy by commuting or seething in traffic gridlock on the school run.

“For the past six years I’ve made sure the house, office and schools are no more than five minutes from each other, so I hardly need to leave the area,” north London-based Natasha says.

At the time Natasha decided to join Platinum Business Partners in March 2016, she was already working as a digital marketing consultant, having sold her online press agency Talk to the Press in 2014.

Last year, with the help of the franchise, she launched her own beauty brand Luminositie, which sells on Amazon.com in the USA.

“I wanted something that complemented my existing business, while being part of a supportive and like-minded group of people,” she explains.

“I had known about the Platinum brand since about 2009 and admired the company’s values. So when the ecommerce franchise was launched in 2016, I wanted to be part of it.”

After building Platinum Property Partners into a hugely successful network with 200 franchises and £200 million in assets, founders Steve Hogan and Steve Bolton devised a similar model for online retail businesses, which since last year has attracted over 100 new franchisees.

An initial franchise fee is payable, plus a recommended minimum £20,000 working capital to cover the cost of setting up, buying and marketing your first products.

The model is based on achieving an average 25 per cent pre-tax profit in the long term, but it’s claimed many partners do better than that.

As the company says: “Becoming a partner with PBP enables you to be in business for yourself, but not by yourself. It’s about continuing learning and support to help your business grow in an ever changing environment.

“We’ve learned exactly how the online marketplace works and what you need to know and do to make it work for you.”

New franchisees learn how to set up a tax efficient ecommerce business, discover the right product and price point, create their own brands, optimise product listings and diversify their portfolios.

Natasha liked the sound of all this, as well as the fact it fitted in with the work she was already doing: “I obviously have experience of running online businesses, but I’ve always been on my own. This presented me with a great opportunity to do something that complemented my existing business.” The daughter of parents who ran a company in the world of military defence systems, Natasha left university with a psychology and biology degree, but found herself attracted to the world of women’s magazines.

“I didn’t really plan it, but when I graduated I went to work on a number of monthly magazines, followed by joining the Daily Mail as health editor and then a feature writer,” Natasha says.

In 2007 she went freelance and was one of the first to realise the potential of a website, setting up an online portfolio of her work and services for getting commissions. This led to setting up Talk to the Press the following year, a digital press agency that quickly became the leader in its niche and collected a number of awards on the way.

“At first I didn’t realise there were so many people out there with amazing stories to tell, but who didn’t know how to sell them,” Natasha says.

“I knew I could help them tell their story in a way they’d be happy with and my national newspaper experience would help them handle press attention.”

After seven successful years and thousands of newspaper, magazine and TV stories, Talk to the Press was sold in 2014 to South West News Service, the UK’s largest news agency group.

Looking back, Natasha thinks one of the secrets of the business’ success was its ability to convert internet searches into profitable stories and stay ahead of the competition.

“It was time to move on,” she says. “And as an entrepreneur, I thought I should be able to start another business. But it was quite traumatic. I had signed a no compete agreement and was no longer able to work as a journalist. I didn’t know what I would do next.”

After time off, Natasha returned to college to bone up on the latest digital and web design trends, video production, conversion trends and software advances “and just waited for inspiration to strike.”

She started helping her friends put their small businesses online and soon had clients including Jeremy Vine, Cerys Matthews and the Zita West Fertility Clinic. This year, Bolt Digital launched.

And her years as a journalist is still helping Natasha stay ahead of the competition: “All my clients benefit from my strong relationship with editors, a keen awareness of how to use the news cycle to generate publicity and first hand experience of crisis management.”

Today, living in what she calls her “five-minute triangle” with her partner and two children, Natasha manages to juggle a busy career with family life.

“I love being self-employed and while having your own business is a responsibility, the flexibility you have is immense,” she says.

“I want to grow my business as the family grows and feel that with Platinum Business Partners there are real opportunities to develop. Having my own ecommerce brand fits well with my work I do for clients and I’m excited about the potential for the future.”