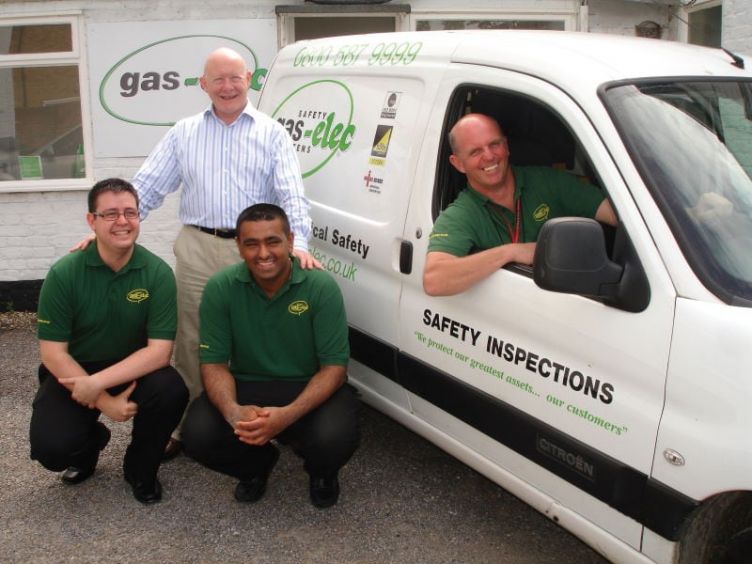 Crunch time for Nick Morton came five years ago. He had just flown back from Edinburgh where he worked as a highly paid consultant for the Royal Bank of Scotland. Exhausted after a typically pressured week at the bank, Nick couldn’t wait to see his little daughter back home in Suffolk.

But two-year-old Sophie had other ideas. She hadn’t seen her father for five days and when he walked through the front door of the family home she hid behind her mother and refused to go to him.

“I knew then that my lifestyle had to change,” recalls Nick. “Yes it was nice earning in excess of £200,000 a year, but if being away from home for five days every week was ruining my relationship with my only child, then it was time to reassess my priorities.”

His father Dave had bought a gas-elec franchise in East Anglia five years previously and Nick had invested 50 per cent of the capital. Mr Morton senior had been the business’ director and at that point they decided to effectively switch roles - with Nick becoming director and his father taking a more backseat position.

“It’s worked very well,” says Nick.“There’s an additional layer of loyalty when you work with family members and in my experience you tend to see things similarly.”

In fact, the model has proved so successful that Nick is now hoping to buy the neighboring gas-elec franchise with his wife, Nicki, a qualified accountant. “As long as we carefully define work boundaries, it should be a real success,” says Nick.

Whether’keeping it in the family’ is peculiar to gas-elec or to the franchising model in general is hard to say, but it is certainly noteworthy that the gas and electrical inspections company has no fewer than five husband and wife teams running its 18 regional offices.

What is sure, however, is that gas-elec’s working hours are conducive to a happy family life. Just ask gas engineer Dave Turner. He joined the company three and a half years ago after 16 hard years on the factory floor.

“I did eight to 12-hour morning, afternoon and night shifts, and I worked three out of five weekends,” says Dave.“Now my jobs are generally over by mid afternoon and it’s rare for me to work a Saturday morning. I have much more time with my family.”

He’s also making considerably more money than he did as a semi-skilled factory technician. “Last year my gross pay was in the region of £80,000,” says Dave. “I am able to properly support my older child who is now at university and I am finally earning my money in a way that is genuinely enjoyable.”

What’s more, he is paid this money directly by gas-elec.

One of the biggest turn-offs for would-be franchisees is the mountain of administration that comes with self-employment. Knowing this, the company devised Gas-elec Bureau Services (GBS), a bespoke bureau facility that books jobs online, diaries, produces invoices, emails them out, logs credit control for account holding customers and distributes monies twice a month to its no franchisees.

“We came up with the idea eight years ago after we realised that the amount of time regional offices were spending on admin was leading to a direct fall in sales,” explains managing director John Davidson. “We brought in a team of accountants who set up the systems and wrote the software to our specifications. They administered it for us for two to three years and then we took it back in-house and adapted it further still. On average, GBS saves our engineers around 17 hours a week in bookkeeping. That’s proper support for our franchisees.”

GBS also means that regional directors like Steven Dear love and Sandra Maree, based in Leatherhead and one of gas-elec’s husband and wife teams, don’t have to spend around £20,000 per annum employing an administrative assistant.

Similarly, any would-be franchisees looking to invest their hard earned savings in a franchise should know that their money will be well spent with gas-elec For there has never been a better time to join the UK’s first combined safety inspection company, which recently marked its 15th birthday - and year on year growth for those 15 years.

Why? Because in a reversal of a time honoured pattern more householders moved from homes they owned into rented accommodation in 2009/10 than vice versa. And it now seems that the growing rental sector will account for one in five British households by 2015 and, if council tenants are included, half of all householders in the UK could be living in rented accommodation within 15 years. Which, in turn, means that some 1 million rented properties - gas-elec’s core market - will require annual safety gas and electrical safety inspections as well as attendant remedial works such as new boilers.

If you add in other factors such as the increasing numbers of householders who are asking for safety inspections before they sell their homes, the company’s plans to move into the care home and housing association sectors and, most important, the UK’s ever growing safety conscious gas and electrical legislation, gas-elec’s current annual workload of 100,000 jobs is set to grow very fast indeed.

When Nick Morton and Dave Turner switched track several years ago, not all of these future trends were predictable. They joined gas-elec so they could spend more time with their families and generally improve their work-life balance.

Mission accomplished. In Nick’s words:, work hard, but now I play hard too.” And in Dave’s:“Now I just can’t imagine not working for myself. I’m independent, my days are varied and I’m always home in time for tea.”