Can I Be A Mum Wife And Businesswoman 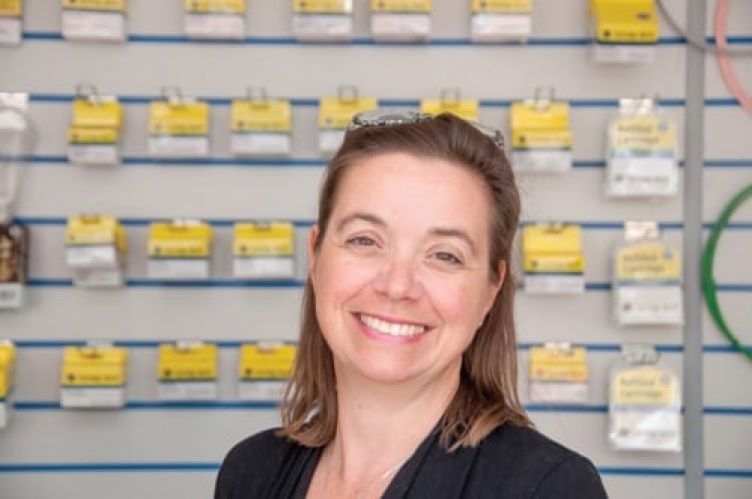 Being a cartridge world franchisee allows Sarah Dyckhoff to be a mum, a wife and a business owner. Trevor Johnson reports

Once, death and taxes were the great inevitables of life. Now they have been joined by another - just when you need to run off a vital document, your printer will run out of ink. And as the manufacturer’s replacement cartridges can sometimes cost more than the price of the printer, you probably don’t carry any spares.

It’s a situation that has made Cartridge World, started in Australia over 20 years ago, one of the fastest growing franchises in history and its Aylesbury, Buckinghamshire franchisee Sarah Dyckhoff was delighted to appear on the BBC’s flagship consumer programme Watchdog recently to show how the company’s printer cartridges are a real value alternative to printer manufacturers’ cartridges.

“The reason for our success is simple,” she says. “We’re providing first class cartridges at less than half the manufacturer’s price and making it possible for customers to make an impact on the environment, too.”

According to Cartridge World, the ink in branded cartridges costs more per millilitre than vintage champagne and as some printers have up to eight cartridges that can mean spending an awful lot of money if you’re paying brand name prices.

No wonder Cartridge World now recycles over a million cartridges a year, is a global organisation with over 1,400 stores and the UK’s largest specialist provider of print services and printer cartridges. But that, it seems, is only the tip of the iceberg - a staggering 45 million cartridges are still ending up in UK landfills every 12 months and will take up to 1,000 years to decompose.

That means we throw away enough perfectly good cartridges to cover the Manchester United football pitch 17 times, build another Blackpool Tower and extend Brighton Pier to three miles long. Sarah admits she didn’t know a lot about the industry when she and husband Martin were looking for a business they could run together in 2005.

“We wanted a business that would enable us to have a family life with our three children and we also liked the environmental aspect of recycling,” she says. “Cartridge World seemed to tick all the boxes and when the Aylesbury store was put up for sale I found myself catapulted into the process.”

But she was certainly no stranger to running her own business during a varied career as a florist, package designer, Bond Street executive, merchandising consultant and a spell working with the legendary timpanist Dame Evelyn Glennie, which she remembers as “simply fascinating”.

Sarah felt she was ready for a fresh career challenge and the desire to become her own boss again prompted her to look at available franchise options, especially those that struck a balance between work and family life.

Sarah and Martin chose Cartridge World after one of the company’s franchisees had assured Martin that family life could run successfully alongside a profitable business.

“I’d turned my hand to a variety of different roles and industries in my career, so I wasn’t too concerned that I didn’t have any experience in this area,” Sarah says. “Especially as I’d researched the industry and knew we’d be given extensive training from Cartridge World.

“The franchise opportunity appealed to us particularly because we’d set up our own business before and we didn’t want the hassle of starting again from scratch. I’m also a mum of three - the children were five, 10 and 12 when we took over the franchise - so it was important our new business venture allowed us to manage both work and home life.

“Starting up a franchise business isn’t an easy option. It still requires a lot of hard work and effort, but it’s completely worth it. Cartridge World has an excellent support network, which we found extremely beneficial. From the start, we have had access to advice from other franchisees, reducing many of the problems that come with a new business.”

The couple decided to adopt what Sarah calls a “divide and conquer” approach to the franchise, with Sarah taking on the day-to-day operation of the store and Martin managing the household, while also running a successful business management consultancy.

This allowed Sarah the time and flexibility to establish the business, while not feeling too many of the pressures of home life. “It’s all about getting the balance right,” she says. “Between us we have been able to develop a flexible working environment - something I could never achieve in my previous businesses.”

Martin’s business flair has been invaluable, too - the franchise was to become not only the UK company’s number one store, but it also reached the world’s top five.

Sarah and Martin aren’t the only couple to have found that Cartridge World is the perfect business for them, as almost a quarter of its UK stores are now owned and managed by couples.

As Cartridge World says: “Franchisees not only learn new skills together, but also develop a work-life balance that allows them to run a profitable business and take advantage of family time.”

But this hasn’t prevented the cartridge recycling industry becoming worth £2.6 billion since Australian entrepreneur Bryan Stokes started a business in his garden shed in 1988 before launching Cartridge World in 1992 and offering the first franchise in 1997. The company arrived in the UK in 2001 and now has stores in over 50 countries.

The company says: “Research shows at least 85 per cent of UK computer users throw their printer cartridges away and buy new ones. It is up to us to make them aware they can save a substantial amount of money by becoming Cartridge World customers and benefit from the range of printing services we can provide, giving them the best solution for their printing requirements.

“In addition, businesses have a need for regular replacement cartridges, in some cases as often as weekly, so we can tailor bespoke packages, something online retailers can’t provide. By joining Cartridge World as a franchisee, you are perfectly placed to take care of and profit from this demand.”

With different entry levels to the business, a Cartridge World franchise costs from £9,950. For this you get a tried and tested business formulae with comprehensive training and support that can help franchisees build successful businesses.

Back in Aylesbury, Sarah and Martin’s store now has eight staff and is a top ranking franchise for performance and sales. What is the secret of their success? “The key ingredients are a willingness to work hard, attention to detail and not expecting someone else to solve your problems,” Sarah says.

“I also have a great team working with me and a very supportive family. My business is very important to me, but my family will always come first. Luckily for me, I’ve found a business that allows me to be a mum and a wife, as well as a business owner. What could be better?”

Start your own Cartridge World franchise

Send a free enquiry to Cartridge World for further information!