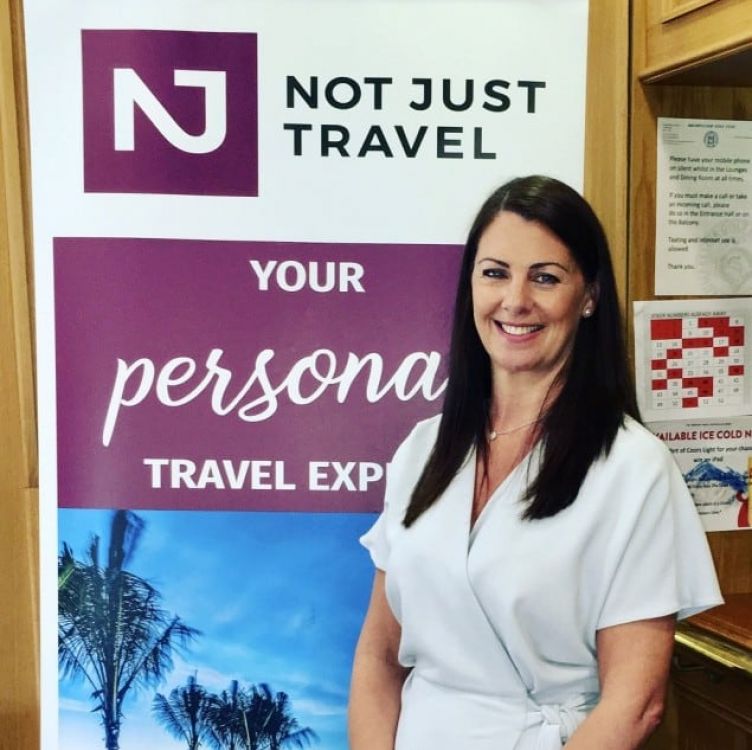 Despite the pandemic and catching COVID-19, determined entrepreneur Maureen Mckenna has created a successful travel business – all thanks to an Instagram post.

Maureen, 48, from Glasgow, is a homeworking travel agent with Not Just Travel and its sister franchise arm The Travel Franchise. She started her franchise in 2019 and has just won back her entire £15,000 franchise fee after smashing all her targets. The company’s pioneering Money Back Challenge means that Maureen has received every penny of her franchise fee back due to her incredible year.

After being a cabin crew member for 11 years, last year, Maureen decided she wanted something to call her own. As a single parent raising three children, the chance of a better work-life balance was what caught her eye when it came to investing in her own business.

It was an Instagram post that sparked Maureen’s business going viral after she paid for her daughter Anna to go on holiday. Maureen said: “Up in Scotland, there’s a tradition for teenagers once exams are over, it’s called the Sixth Year holiday. It’s the first time these teenagers get to go away without their parents.

“I said to my daughter, ‘I’ll pay for your holiday if you put a post on Instagram about it.’ The truth was I was paying for it anyway. Once Anna posted on Instagram it really snowballed from there. There is a real fear of missing out amongst youngsters, otherwise known as “FOMO”. Her boyfriend is also going and there are 19 of his friends who all wanted to go and booked through me. These teenagers were talking about it so much on social media that I started to get bookings from parents at other schools.”

Maureen added: “The parents who did contact me felt so reassured that I was looking out for their children and for everyone else in their class, it gave them confidence in the booking. Speaking to mums as a mother myself was what they needed most. I talked about safety in numbers, explained that I would sort the transfers, hotel, everything so they were in safe hands. The parents said to me, ‘You’ve really taken all this worry out my hands, thank you.’”

The support Maureen received form Not Just Travel was “incredible” she said. This year hasn’t been plain sailing with the pandemic to start and then Maureen got COVID-19 in July.

Maureen said: “I’m fine now after my coronavirus diagnosis, and luckily my symptoms were quite mild thank goodness - but it did floor me for a few days at the time. I got a test and got my results back on 31 July - my birthday! Not quite the birthday message I was hoping for!”

She added: “The Not Just Travel team were great, Duncan, who was in effect my personal business mentor at the time, helped me put through a big booking I had been working on for a few weeks as I was just exhausted. It’s times like those that you realise the full benefit of being with such a supportive company and you know you’re not on your own.”

She said that the Not Just Travel team and her business mentor had been wonderful in supporting her through it and even extending the period for her Money Back Challenge due to the pandemic. Maureen said: “I would recommend it to anyone. It’s hard work, but that’s the same with any business. I’ve found starting a business with The Travel Franchise and Not Just Travel that the level of support is phenomenal.

“It’s not like starting your own business from scratch. I don’t think I could start my own travel business on my own and have been as successful as I have been without them.”