Taylor Made franchisee buys a second franchise from within the group 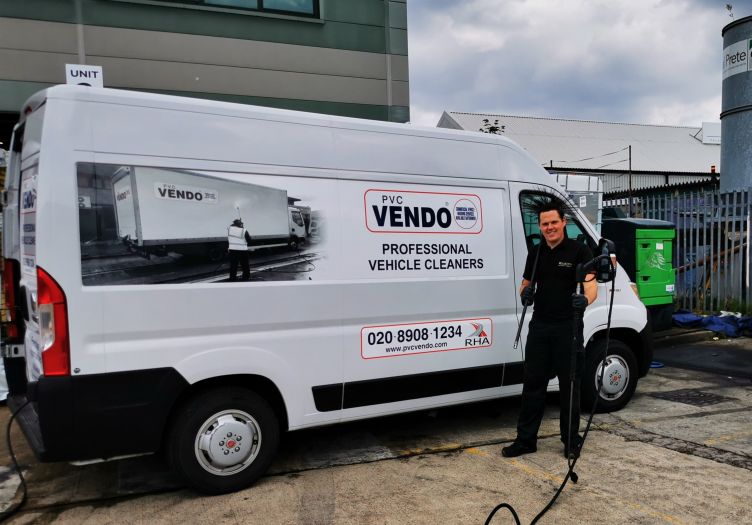 Adrian Steel has become Taylor Made Franchising’s first franchisee to buy a second franchise from within the group.

Steel bought his Wilkins Chimney Sweep franchise in 2012, sweeping chimneys and fitting cages, caps and cowls to commercial and domestic properties across his North Hants territory. In April this year, he purchased a PVC Vendo franchise that Taylor Made bought back in 2018.

Steel explains his decision to buy a second franchise: “I like franchises; they are well set up and ready to run. I was attracted to the PVC Vendo opportunity and with the large territory I was offered, I could see that I’d be able to make it work relatively quickly. Being from the same group makes life easier too because many of the management team, I already speak to on a daily basis, are the same.

“My Wilkins business is doing really well. I have two members of staff working for me and during high season we can be sweeping 30 chimneys a day. I’d like to step back from full-time sweeping soon, but I know I’d need something to keep me occupied, so buying the PVC Vendo franchise made sense. I am going to run it as a management franchise, with staff actually cleaning the vehicles for me.”

But, like any good boss, Steel is getting stuck in, learning from the bottom up, cleaning everything from milk tankers to recovery trucks most weekends. He was particularly attracted to the PVC Vendo model for the scale of support.

He continues: “With PVC Vendo, the head office do literally everything for me. They have a fantastic app that we use to record all the work done. The moment we leave the site, the app emails the client to let them know the vehicles have been cleaned, it then creates and sends them the invoice and the head office even factors the invoice for me. It is a brilliant system and one that makes it extremely easy for me to run the business.”

Managing director of Taylor Made Franchising, Darren Taylor, said: “It’s great news that Adrian decided to add a PVC Vendo franchise to his growing business portfolio. He came equipped with many of the skills we need in a franchisee – physically fit, enjoys being outside in all weathers and was determined to build a profitable business. As he said, our software and back-office support for our franchisees is impressive and it’s great to hear such positive feedback from him. Everyone at Taylor Made Franchising wishes him well and looks forward to supporting him in both businesses over the coming years.”