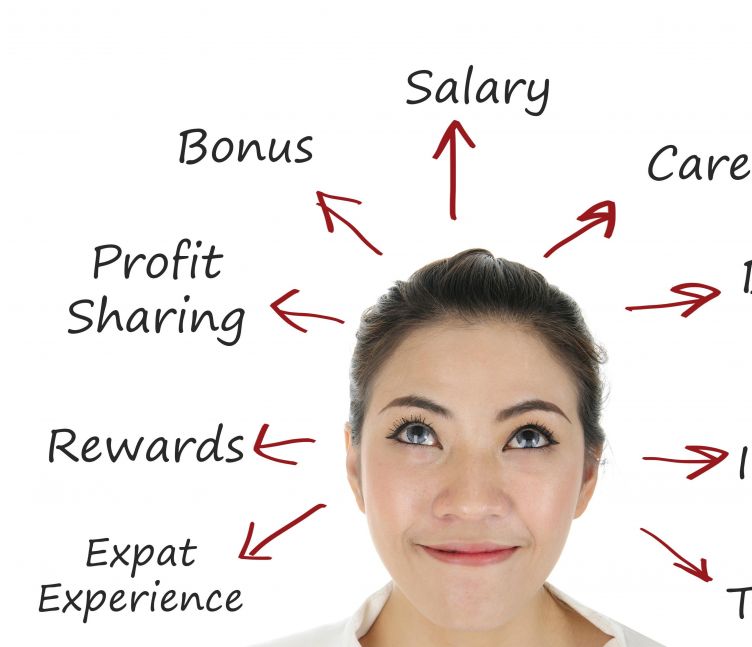 Economists these days believe you can boil almost anything down to incentives. This goes far wider than, say, a profit sharing bonus. Gary Becker, a Nobel Laureate who died recently, is credited with recognising that economics is about a lot more than money. Understanding people’s incentives and structuring organisations to fulfil them leads to success. The converse applies, too.

Of key importance is recognising that people’s incentives are not automatically selfish. Job satisfaction is something of a catch-all phrase, but it’s an important issue. If staff like their boss, like coming to work because of their colleagues and are proud of their product, that adds up to a strong incentive to stay with a company and work hard.

At the same time, keep firmly in mind that people’s incentives differ, sometimes dramatically. In particular, there will often be a great difference between the business owner’s motivators and those of staff. The former is inherently a risk taker, whereas the latter tend to be risk averse.

Let’s take a hypothetical example. You have a salesman who is a very keen sports fan. If your business has potential to grow in that sector, that offers growth for you and fulfilment for him.

I recognise that, in a small business, enabling this type of focus can simply be impracticable. But it doesn’t have to be exclusive. The basic principle, however, is sound - the staff member who is fully engaged with clients and prospects achieves a better result.

I have intentionally started with the above because it is fundamentally free - it involves no additional cost to a company and has the potential to create additional revenue at the same time. That’s a rarity when you address incentives.

What are you incentivising? For a lot of staff, being more profitable doesn’t explain it.Incentivising actions can be highly successful or it can encourage actions that produce the incentive return, but not the commercial one.

So let’s look at the plethora of options available that will cost hard cash. I didn’t use the word plethora by chance, as the choice is endless, which is often the barrier for the smaller business.

One of the advantages a small business has over its larger brethren is flexibility. If you’ve got five or 10 staff you can have five or 10 incentives, rather than some awkward plan that is supposed to work for them all, but actually doesn’t. If you’re growing fast, you’ll need something more structured, but always aim to include some flexibility.

To make that flexibility work, ask people what they want. You’d like more from me; in exchange I want more from you. What, from your perspective, makes that work? What do we both give? Note the absence of ‘get’ in that sentence.

Let’s take some examples, starting with cars. You’ve got a young gun who wants to go out on the road full-time as a salesman. He knows he can do it and you think he can. You could bite the bullet and provide him with a basic car, but if he doesn’t achieve you’ve got an additional cost and giving back a lease or contract hire vehicle can be expensive. If you have a company van, that could be the solution - to start with, he does deliveries as well as sales and has use of the van.

The second variant is the established, successful salesman. In this case, there are two factors in play. First you want to motivate him or her, but if they’re genuinely good you might also want to apply some golden handcuffs. The person who covets a BMW is easily incentivised and the additional cost can be reflected in sales targets.

Holidays are a divisive issue in a small business. If someone is offered more time off, it means everyone else has to paddle that much harder. Worse, an extra week’s holiday rapidly becomes set in stone. It comes to be seen as a right rather than an incentive and the commercial benefit is lost. Nevertheless, for parents of school aged children it is highly valued. If you can come up with a benefit to the business that equates to the benefit to the employee, you’re onto a winner.

There is a range of finance products that are sold as part of an incentive package, including life assurance, pensions, private medical cover and even school fees investment. Given that they all are ‘next to money’, they are a cost easy to relate to benefit. But there are loads of them, each with their virtues and shortcomings, and I’m confident that as a busy owner you don’t want to be wading through masses of comparison quotes, brochures and the rest.

I recommend that the individual who wants a particular benefit should be tasked with researching and costing it. This would have the advantage of demonstrating that the process isn’t simple and is time consuming. Better still, it would teach some harsh financial realities.

I have come across lots of examples where staff are asking for this or that incentive without having any idea of the cost. When I’ve worked in a variety of marketing agencies, I’ve been in meetings several times when the managing director, faced with such requests, has said something akin to: “Okay, give me a proper, costed proposal, as you would to a client, and I’ll listen.” Guess what? Nothing happened. Each time. I suspect this sequence of events is commonplace; if so, it’s little wonder senior management become offhand about staff incentives.

Which brings us to money - a profit sharing bonus. The principle of ‘the more money we make, the more money you make’ looks beguilingly simple and attractive to most business owners. They can’t understand why staff and prospective employees aren’t falling over themselves to get such a deal. They also take the view that this enables staff to buy their own choice of car, health insurance, etc.

The problems are several. First, there is that difference in motivation between owner and employee. Second, there is the fact it will be the business owner who works out the numbers and staff will tend to assume the benefit is distinctly skewed in his favour. What’s more, that assumption is often true. I have experienced that myself.

Then the scheme can be a source of internal strife. Salesmen think they should get the lion’s share because: “If I didn’t do my job well, you wouldn’t have a job at all, never mind a profit share.” The counter argument is: “If we didn’t produce a good product, you would have nothing to sell.”

Do you give all employees, including part-timers, the same deal? Do you have a length of service qualification? Is it open ended? Then you have to fund it. If payment is due in April, it’s no good blaming temporary cash flow problems for why it won’t happen.

Apologies for seeming so negative. Despite appearances, I am a fan of profit sharing incentives because they align everyone’s commercial interests. The foregoing is intended to highlight the fact that they are not easy to put together and that a flawed scheme can have distinctly negative outcomes.

As before, discuss the principle in detail with staff. They will probably have experience of both good and bad incentive programmes in previous employment. Ask your professional advisers about best practice. Talk to business peers about what they do. Your bank should have an advice sheet to work with.

You might consider copying the example of Compass. This is one of those success stories that is largely unsung outside the Square Mile, a FTSE 100 company that specialises in business support services. Companies and public bodies bring the company in to fulfil ordinary, everyday tasks such as feeding people and keeping premises clean. Compass has seen steady share growth over the years and pay a dividend, currently 2.5 per cent.

What keeps City institutions enthusiastically onside is that the company also pays special dividends and it does it fairly often, rather than regularly. When Compass has accrued a certain level of profit, they pass it back to shareholders. There are no guaranteed dates or amounts, but it’s proved very successful and popular. There’s no reason why a small company couldn’t copy that approach for staff incentives, subject to the need to be open about how much it’s made. MM